A foggy start to the day as I headed south-west to carry out some much needed garden maintenance for my parents ..... hedge trimming! 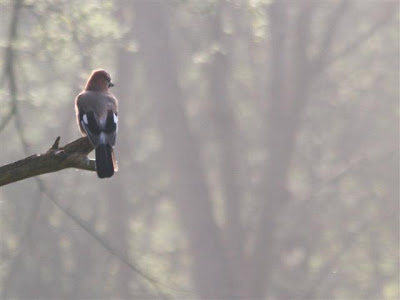 Knowing that I had time to spare before my expected ETA I paid a visit to the sandy heathland at Witley Common where a Jackdaw was patiently surveying the scene as the sun slowly began to break through and burn off the fog and eventually lift the temperature to simulate a summers day!
The common comprises a mixture of dry heath with Common and Bell Heather plus Gorse; wet heathland where you find Cross-leaved heath and ponds that often dry outin the summer; grassland and rich woodland consisting of Scot's Pine, Silver Birch, English and Turkey Oak, Willow, Sweet Chestnut plus Hazel, Elder and Aspen. A rich habitat that promises much in the right conditions. Check out this link or more information on Lowland Heath. 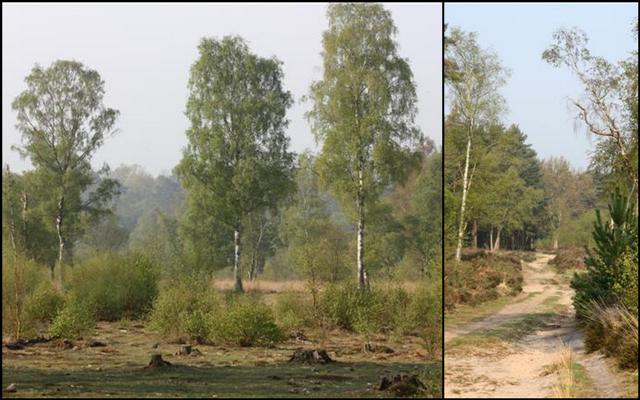 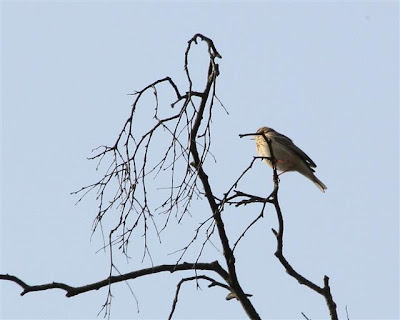 Obviously not the clear shot I would have preferred but sometimes you have to accept what is on offer. I watched this individual perform its distant display flight and parachute down to another lofty tree top perch unlike its close cousin the Meadow Pipit that generally lands on the floor at the end of its flight. 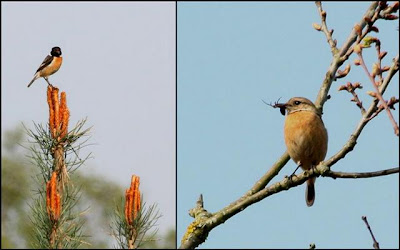 I am usually alerted to this chat's location by its repetative throaty clicking call and today was no exception. As soon as I lined up the distant shot it moved to another favourite perch ... ah well, patience I say to myself, it will probably come back in a few moments ... and it did. 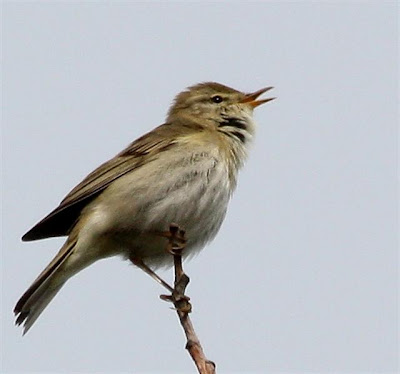 Willow Warbler (Phylloscopus trochilus)
For once there were far more Willow Warblers around the heathland singing their descending verse than the Chiffchaffs on my local patch. 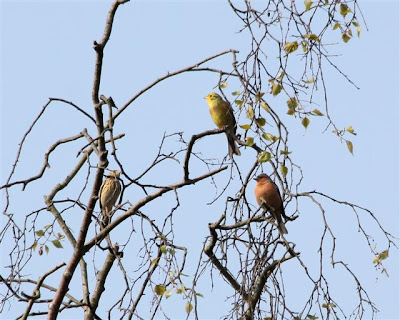 Three for the price of one ... Tree Pipit, Yellowhammer and Chaffinch. 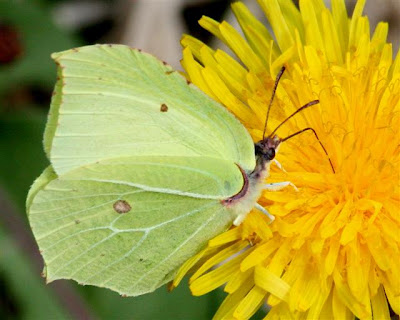 Plenty of Brimstone on the wing in such lovely sunny weather.
So that was the easy part of my day, the following three hours wielding a hedge trimmer has left its mark on my arm muscles but tomorrow morning will hopefully be another relaxing few hours as I reconnoitre the landscape at Hatchlands Park in preparation for a 'Dawn Chorus' walk in two weeks time.   FAB.