On the weekend after my trip to Pagham Harbour Anita intimated that she would like to have a paddle at the coast and suggested a visit to Pagham Spit. Once again the high tide wasn't until much later in the afternoon but with the sun shining we headed to the coast and while I sorted out my gear Anita carefully navigated her way over the shingle to find a spot to rest and read while waiting for the water to get closer. 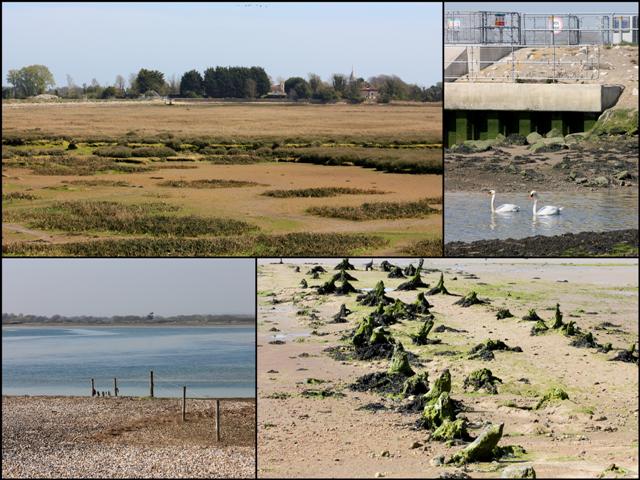 I headed off towards the North Wall following the pathway and then the shoreline looking out initially on a very waterless landscape and most of the wildlife very distant. 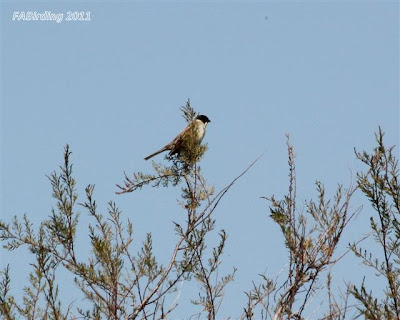 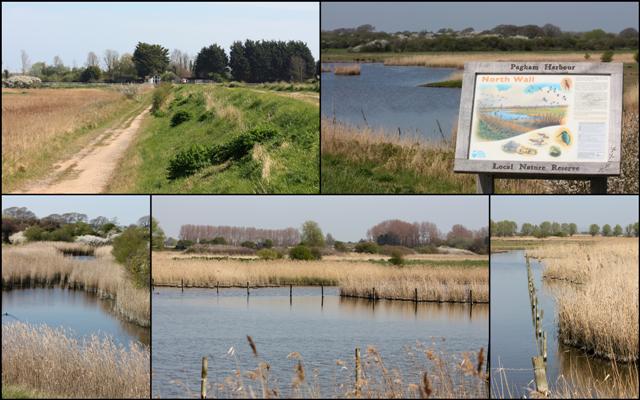 Looking inland at the North Wall the scene again appeared very quiet with little floating about on the pools. 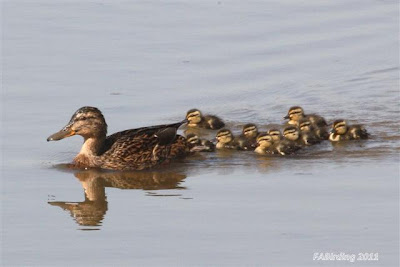 However it wasn't long before Mrs. Mallard floated past with her ten little charges in tow. 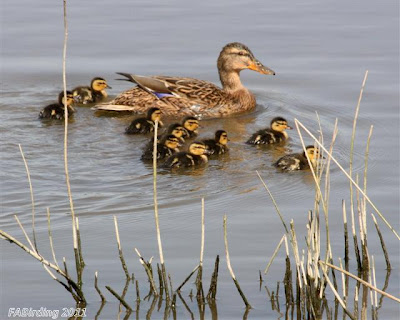 I just wonder how many will eventually survive these early weeks of new life! 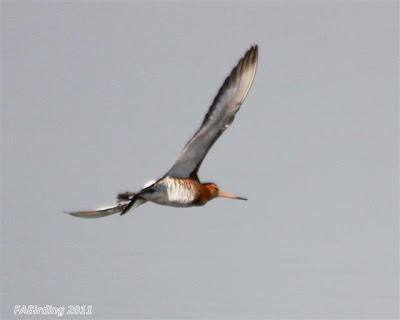 I then enjoyed the flying displays of several pairs of Black-tailed Godwits who have obviously decided to hang around and now sporting their rich breeding plumage. 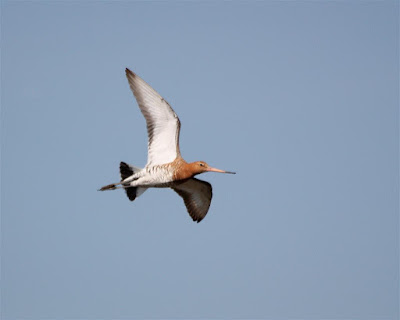 I won't bore you with a list of the species seen but suffice it to say that I eventually logged a total of 51 including listening to Cetti's Warbler belting out its distinctive call from a hidden location. 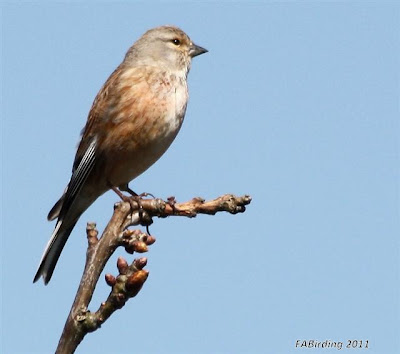 The final poser was a [Common] Linnet and then it was time for me to respond to a text message ... return to the car ... collect the packed lunch ... and join Anita on her tiny patch of sand amongst the shingle. Sorry no pictures of the person paddling ... permission to publish denied.   FAB.
Sightings Update: Nothing new locally so a visit early this morning to Staines Reservoir enabled me to add a very distant Velvet Scoter, Slavonian (Horned Grebe) in breeding plumage plus Common Terns to year list. This was followed by a very brief walk at Barnes WWT (crowded with visitors as expected) to watch the Sand Martins plus an attempt to photograph a Reed Warbler singing deep in the reed bed.
Posted by FAB at 19:14