Pagham Harbour on a moving tide.

A visit at the end of last week to Pagham Harbour in the sunshine ... what could be better and what would the day hold in store for me? 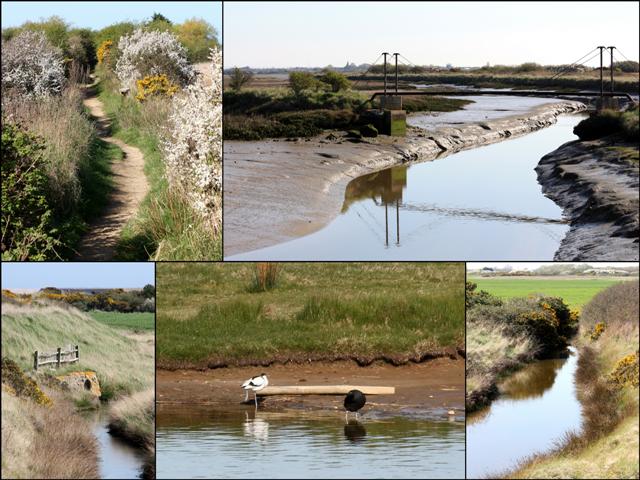 I started at the Sidlesham Visitor Centre and took a stroll to the Ferry Pool  [Point 1 on the map below]where there was very little action; Avocet and Coot both asleep plus Shelduck, Mallard, Teal, Gadwall and Black-headed Gulls were the main occupants on the still waters. Heading onwards the view at the head of the harbour was one of low water levels and acres of intertidal mudflats with open farmland to the west. 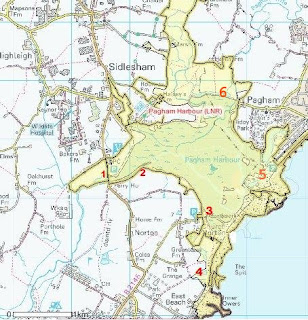 Whilst there appeared to be only a few Redshank busily feeding I followed the elevated pathway [towards Point 2] as this passes the reed fringed Long Pool where I listened to my first Sedge Warblers and a couple of Little Grebe squabbling over something or nothing followed by a pair of Coot mating. 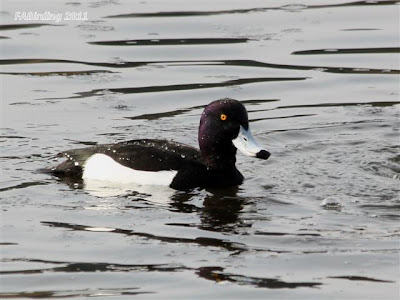 A male Tufted Duck was also enjoying a 'bubble' bath. 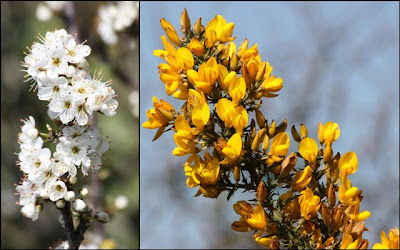 Both sides of the pathway were bordered by the massed colourful blooms of the Blackthorn and Gorse, a haven for many insects and .... 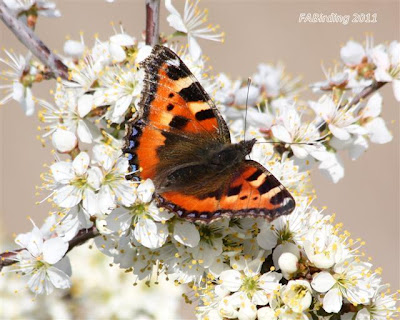 ... a Small Tortoiseshell who stopped briefly on the Blackthorn for a quick pollen fix followed by my photo call with a male Chaffinch (see previous post). 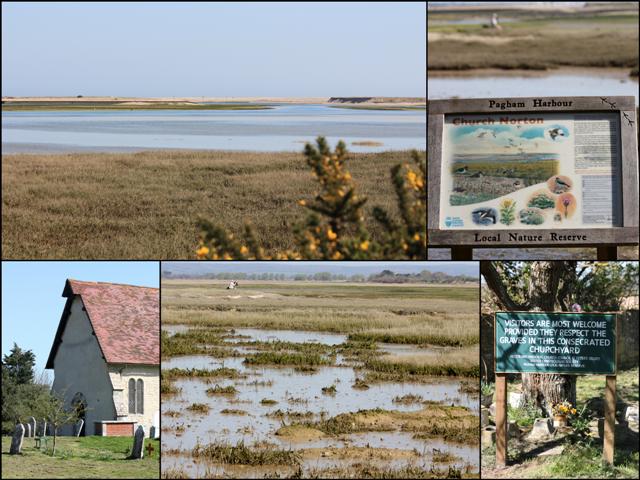 With little else to view I drove around to Church Norton [Point 3 on the map] and wandered around the churchyard just in case any new migrants might be lingering. Nothing unusual, just Chiffchaff and Blackcaps. 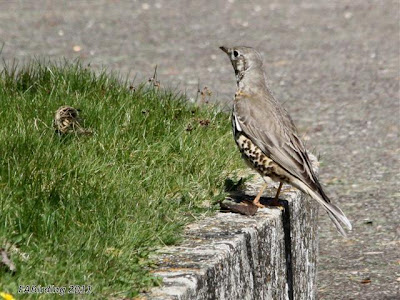 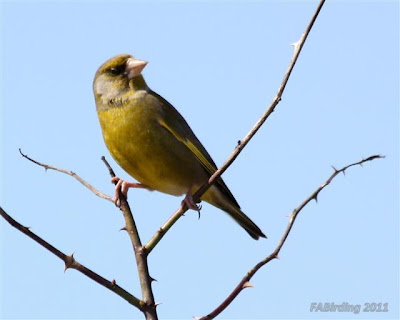 After some refreshments I switched direction and headed out along the shingle shoreline towards The Severals [more reed fringed pools at Point 4] where a Greenfinch (Chloris chloris) monitored the sky overhead for a possible predator. 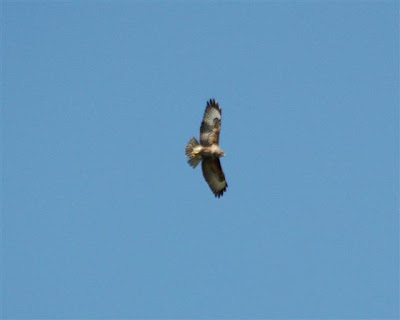 A single Common Buzzard starts to climb and soar on the very warm afternoon thermals. 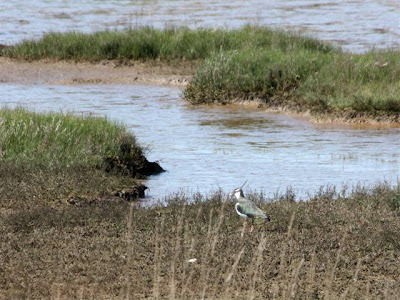 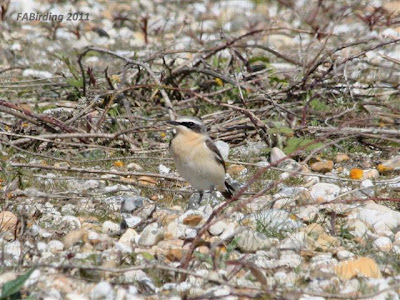 Searching the shingle ridges along the beach I eventually located a Northern Wheatear (Oenanthe oenanthe) recently returned from somewhere in Africa and trying to stay unnoticed before continuing its journey northwards. (Sorry this pic is a bit grainy but I had to crop a very distant image). 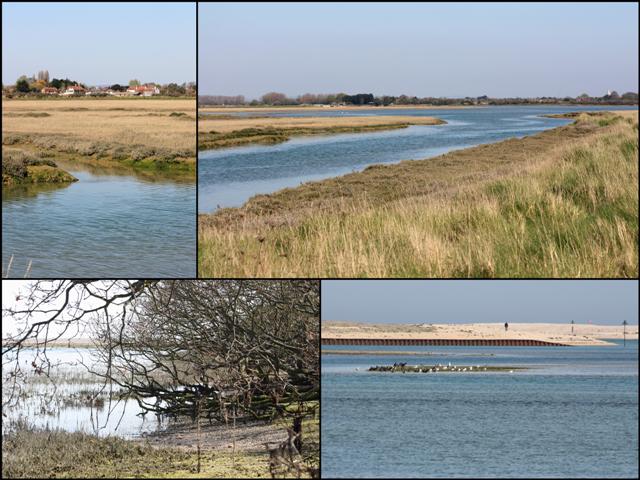 As the tide encroaches into the harbour the previously muddy gullies become a patchwork of water and most of the wildfowl and waders move to shallower locations leaving just the gulls and Cormorants to sit it out on the slowly diminishing shingle islands. I also have to remember that on a very high tide the shoreline pathway no longer becomes viable unless you want to wade knee deep through or around the nearly impenetrable overhanging branches. Fortunately on this visit the alternative route was still accessible. 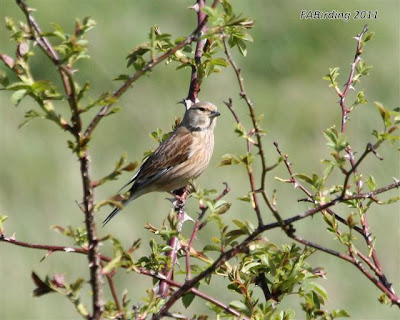 Finally a [Common] Linnet (Carduelis cannabina) enjoys a spot of afternoon sunbathing. So I have once again experienced the changing mood of this important tidal estuary habitat and although many of the wildfowl and waders have been distant observations I did still log 60 species and my spirit is suitably refreshed by the experience.
Now I only had to make the two hour drive home .... if only the coast was a bit closer!!     FAB.
Posted by FAB at 12:16