Despite carrying out a circuit of the paddocks at Horton Country Park mid morning and another visit to the Stew Pond (Epsom Common) this afternoon I didn't log anything new. However many of the local residents including Wren, Blackbird, Chaffinch, Song Thrush, Great Tit, Nuthatch, Parakeet, Jackdaw and Green Woodpecker plus numerous Chiffchaffs and a few skulking Blackcaps were very vocal. 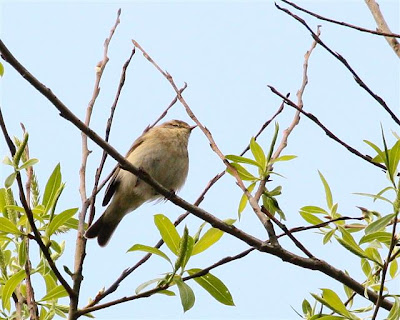 Chiffchaff always perching where a clear cut view is impossible. 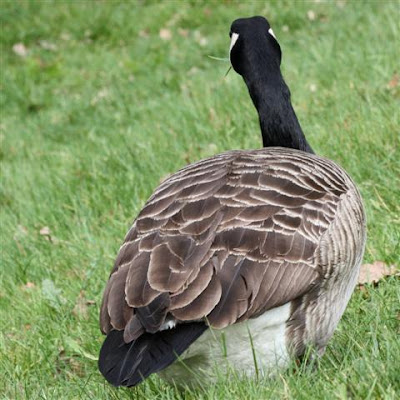 Mrs. Canada was more interested in a juicy grass snack and totally ignored my plea for a passport photo! 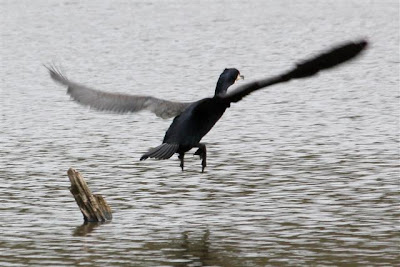 Cormorant once again defeating the speed setting on the camera! 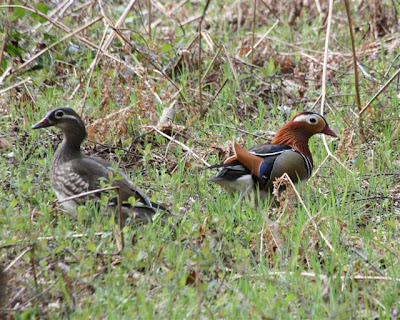 In a grassy patch within the woodland I spotted Mr. and Mrs. Mandarin out for a quiet stroll together. 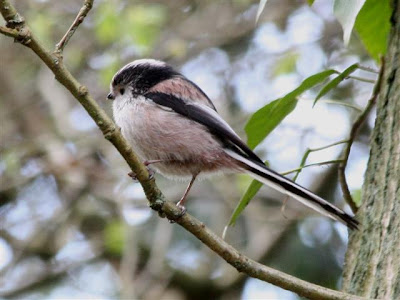 Once again the Long-tailed Tit only provided a side on view. 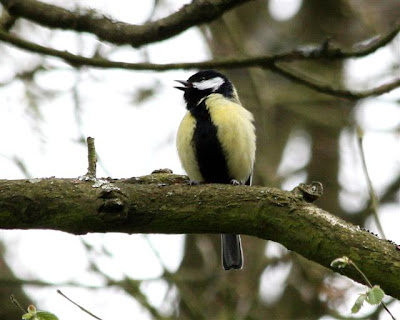 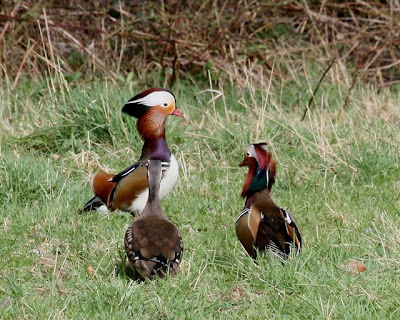 Just before reaching the car park I noticed that the pair of Mandarin Ducks were not too keen on the presence of another male. There was a bit of posturing before the interloper decided to waddle away into the undergrowth and I returned home without any new sightings. Maybe something will turn up somewhere later this week.   FAB.
Posted by FAB at 21:46