On Monday we drove south-eastwards into Kent to meet up with two more friends who were desperate for a relaxing day out birding as a break from their heavy work schedules. 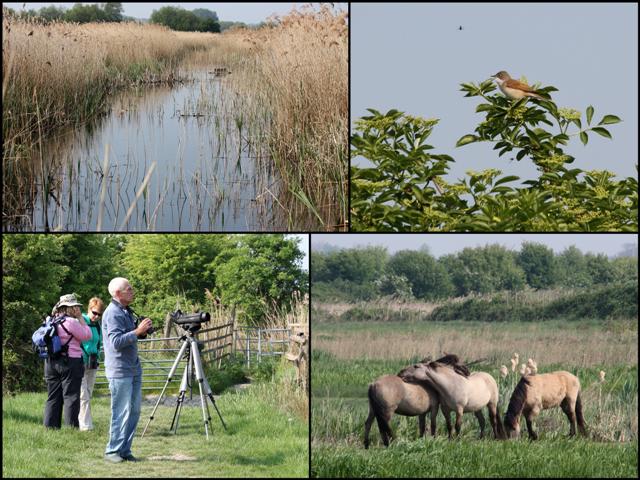 The location was the Stour Valley and our day trek around Stodmarsh NNR which started from Grove Ferry where Anita and I listened to our first Nightingale of the day plus a distant calling Cuckoo that was to remain elusive despite Derek's optimism that it would perch close enough for a portrait photo! On our walk to The Ramp we also heard a single Turtle Dove, Cetti's Warbler, Chiffchaff plus Sedge and Reed Warblers. Mallard, Gadwall, Tufted Duck and Coot on the water with Common Terns noisily fishing and a male Marsh Harrier quartering the vast reed beds. Konik ponies are used to manage the damp pastures. 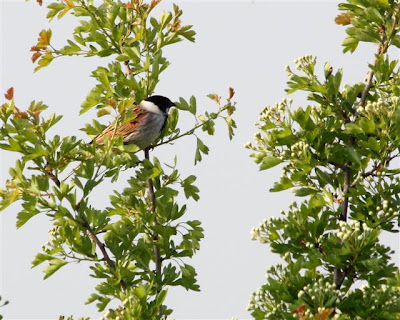 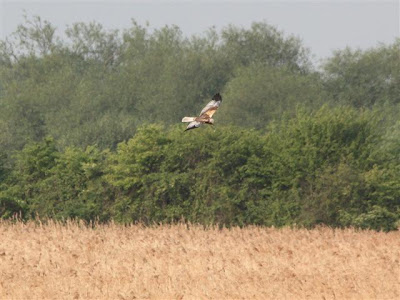 A distant male Marsh Harrier quartering the reed beds.
During one of our many rest stops as we circumnavigated this reserve we also watched another pair of Marsh Harriers and a minimum of 12 Hobby hawking for insects but regrettably too far away for the lens. Swallow and House Martis were also logged plus a swimming Grass Snake. 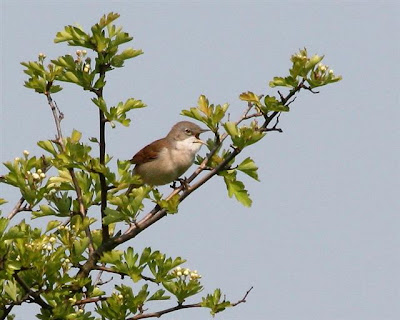 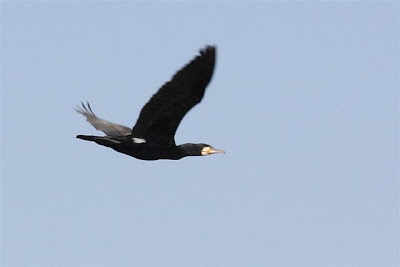 Cormorant.
Throughout our circuit we were constantly bombarded by the close explosive and repeated calls from a warbler that shouts out its own name 'cetti-cetti-cetti' from a nearby hidden perch within a dense thicket before immediately flying onto its next hidden hideaway. Fortunately on one occasion my camera was pointed at the right spot when this compact warbler, red-brown above with its distinctive pale supercilium and eye ring, perched for just a few moments to provide a record shot. 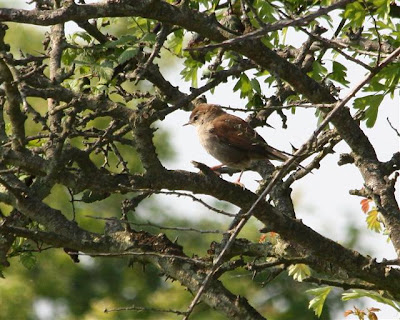 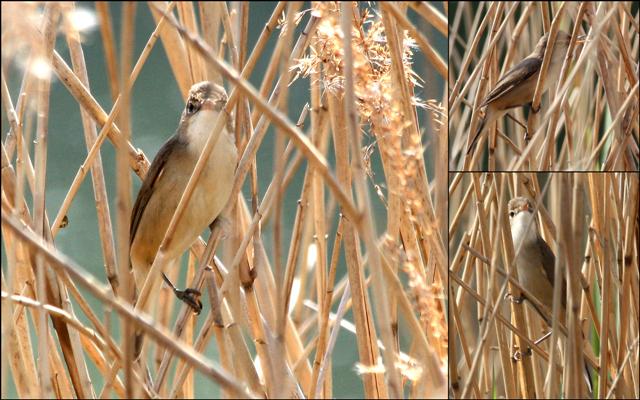 Another species that likes to sing its repeated, jittery song interspersed with various whistling notes as it slowly climbs up its perch within the reed bed is the [European] Reed Warbler (Acrocephalus scripaceus). 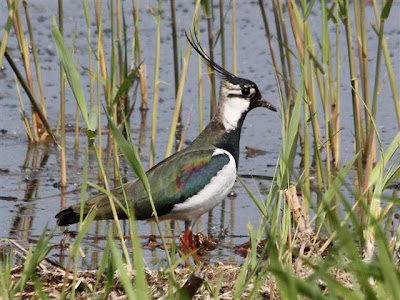 [Northern] Lapwing patrolling his territory on recently created pool where we also logged two Common Redshank but didn't find the Green Sandpipers or Little Ringed Plover that has apparently been seen about 40 minutes earlier. 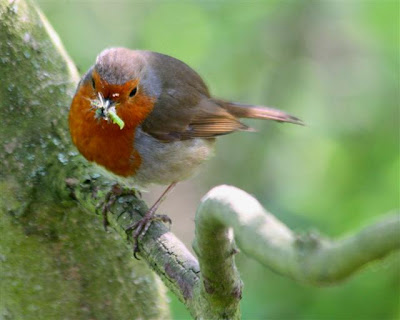 In the damp woodland a Robin was collecting a varied mixture of flies and caterpillars.


After a welcome cup of tea at the end of our walk we drove across country towards our friends home with a brief stop at the 1500 acre woodland at Kings Wood, Challock to view the impressive display of Bluebells. 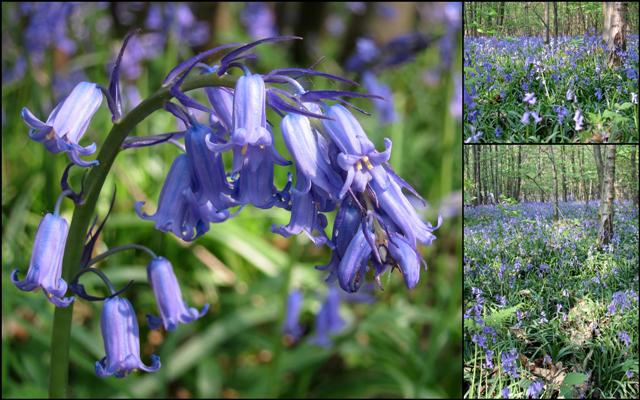 Unfortunately when I loaded the 17-85 lens the zoom had become locked at 70mm so this was the best I could produce under the circumstances. A visit to the specialist repair centre is going to be needed very soon to hopefully sort the problem out! Our day ended with a relaxing meal at a very quiet riverside pub plus a large glass of well earned amber liquid.
I'll be heading to Stodmarsh again in 9 days time to go birding with another long-time friend so hopefully I'll manage to get some different species in front of the lens next time.   FAB.
For more images from around the world, hosted by Springman, please go to
WORLD BIRD WEDNESDAY.
Posted by FAB at 18:16