So here is the continuation to my previous post Birding on Lake Kerniki (Part 1). 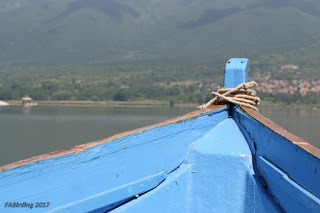 Leaving the drowned forest our guide and boatman quietly drifted within range of one the lakes' iconic species, the Dalmatian Pelican, a globally endangered species that I had last encountered during two visits to Bulgaria along the Black Sea coast some ten years ago. 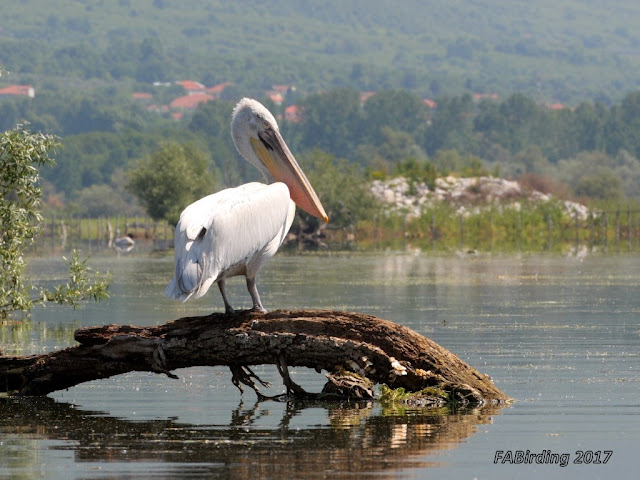 Just one gentle flap to change its perching location. 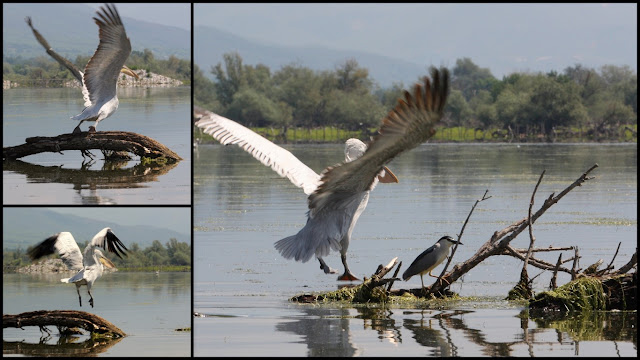 This species which needs secluded islands on which to breed has historically suffered massive declines due to wetland drainage, persecution and disturbance of breeding birds. Whilst regularly present on Lake Kerniki outside the breeding season they had not bred here due to the lack of suitable nesting habitat. In 2002 funds allowed a small wooden platform to be built and in the following Spring seven pairs nested but disturbance by local fishermen, including scavenging wood, resulted in nesting failure. 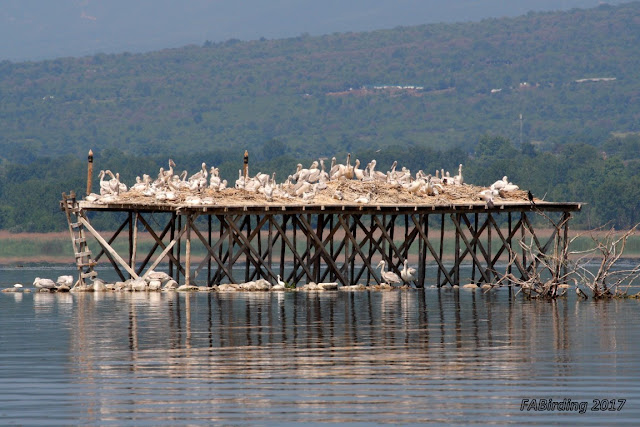 During 2003 the original platform was enlarged and a second was constructed resulting in 20 pairs breeding in 2004 producing over 20 young and in 2005 about 50 pairs raised 55 fledglings. Similar numbers fledged annually until 2010 when new extended platforms permitted 120 chicks to fledge successfully and was the first recorded expansion of the Dalmatian’s breeding range in more than 150 years. 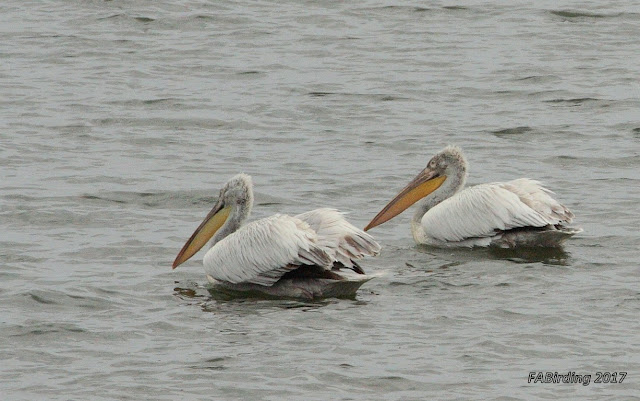 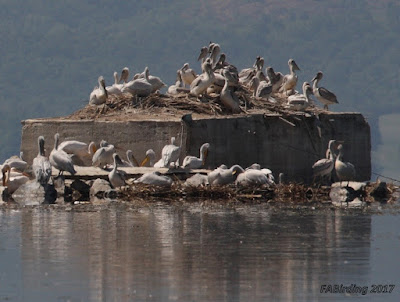 The breeding population of Dalmatian currently numbers around 250 pairs with maybe another 100 birds present in total and Kerkini is now the most important winter roosting site in the whole of Europe for this species.

From a distance the much newer rock platforms look just like a white upturned boat hulls. Only when you get closer is it possible to discern the numbers of Pelicans in residence. 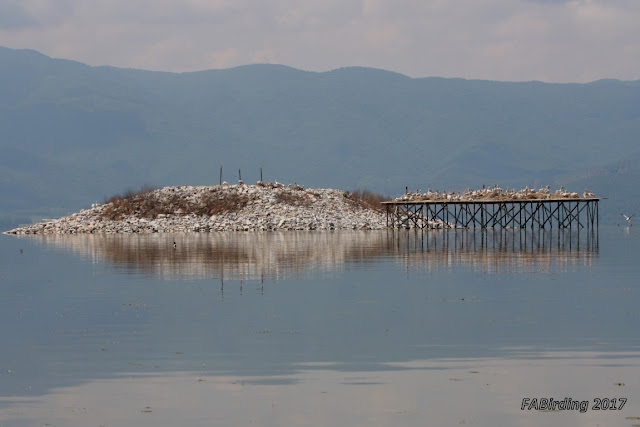 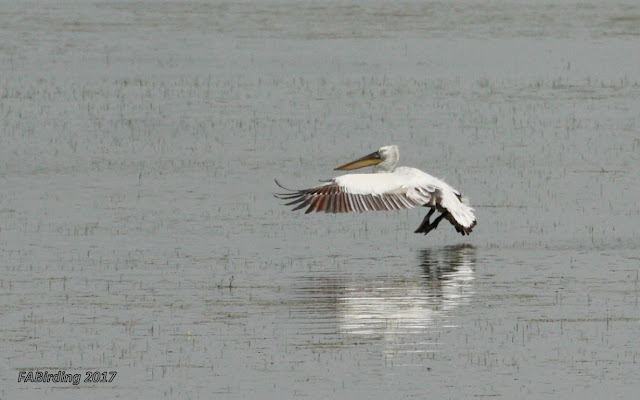 For such a large bird I am always amazed at how effortlessly they are able to glide just above the water. Dalmatian (above) and White Pelican (below). 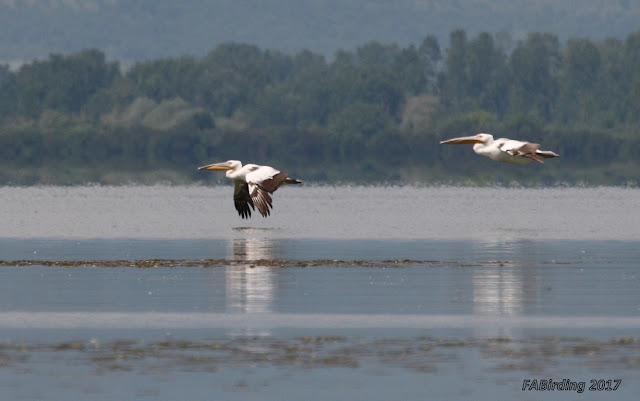 With Lake Kerniki traditionally being such a fertile feeding site White Pelicans that nest at Prespa, over 300km away, regularly make daily excursions here to feed. In 2016 White Pelican bred successfully at Kerniki for the first time with 11 pairs raising six chicks. Up to 2000 of them pass through the lake from March to September. 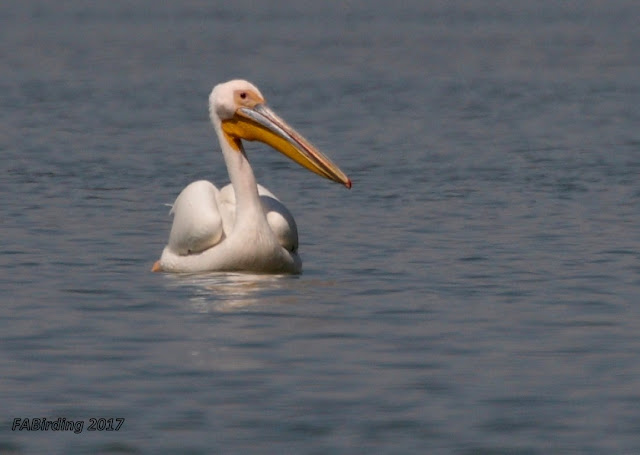 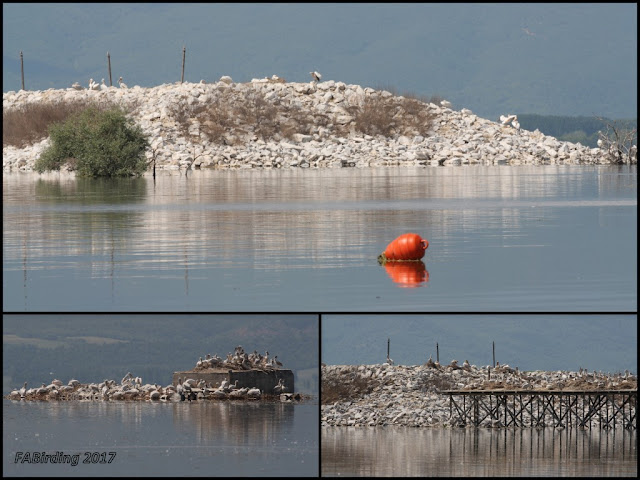 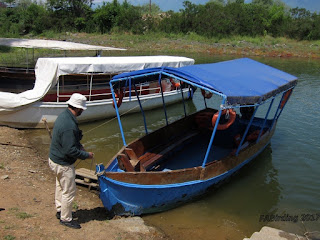 Time seemed to pass for too quickly during this enjoyable wildlife experience and I  subsequently wished I had taken more photographs ... maybe I will just have to go back.

In the meantime my sincere thanks go to Nikos our local host, guide and boatman.