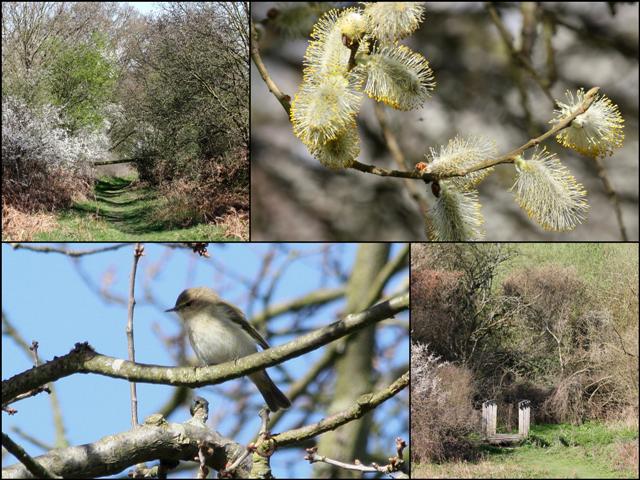 Today I travelled a little further afield to wander along the pathways of another Surrey Common once again enjoying the mid-morning chorus of Blackbird, Song Thrush, Blackcap, Chiffchaff  (see above) plus a few more Willow Warblers with a blue sky above and Brimstone, Orange Tip, Green-veined White and Peacock butterflies flitting and skimming purposely in every direction around my feet. 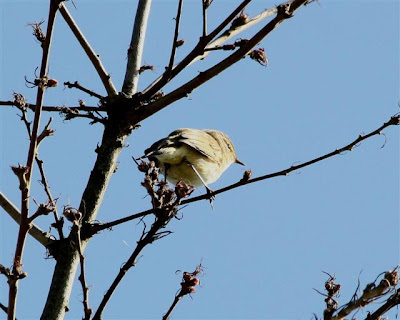 Today it was the turn of the Chiffchaff to present a rear view! 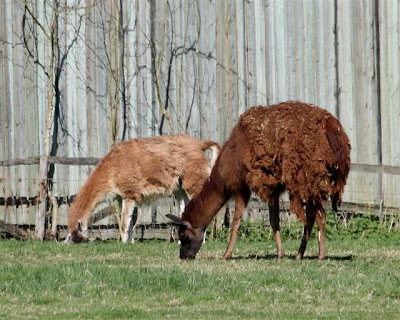 I made a detour through a woodland following the mewing 'piiyay' call of a bird of prey only to find an empty blue sky but a few Llama were feeding on the nearby property. On my return route I spotted an old friend who knows this area like the back of hand with his camera pointing into some bushes. After a brief catch up he showed me some images he had taken a little earlier and suggested that we ought to find a decent spot to do some raptor watching. During the next 45 minutes or so we scanned high in the sky to the west from two separate spots and eventually located 12 Common Buzzards and 2 Sparrowhawks. 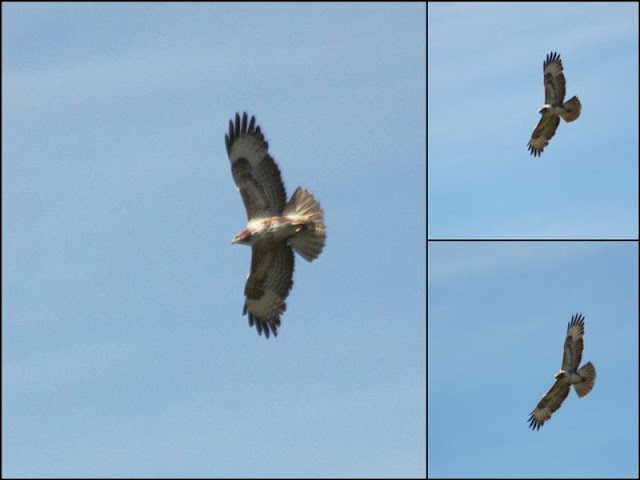 The above images of a Common Buzzard have been heavily cropped as this individual was the closest I saw but spiraling higher into the blue. We watched a number of the distant Buzzards performing their display flight where they drop with wings folded and then complete a 'loop de loop'. Despite careful scanning we failed to locate anything resembling a Goshawk this time but at least Alan has a record of what he saw not long before we met up. As we both know distant flying shapes can be deceptive and something heading directly towards us that we first thought was probably a gull actully turned out to be a Lapwing .... lol! 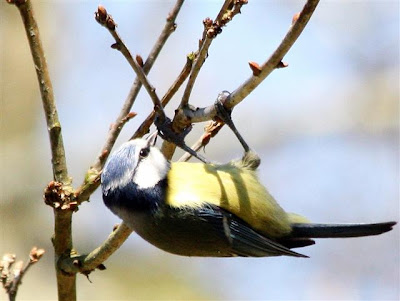 The only other species that came close to the lens today was a acrobatic Blue Tit. 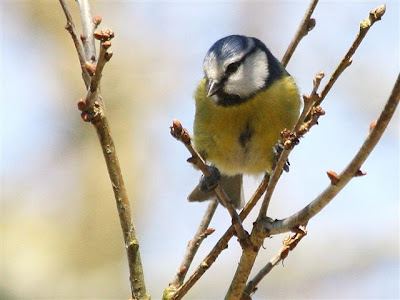 Once again an interesting few hours out in the sunshine and made even more pleasant by the unexpected company of a very knowledgeable friend. Thanks Alan.   FAB.
Posted by FAB at 22:52