I have often been heard to say that birding and wildlife photography regularly presents a conflict for me. When I'm out birding my natural modus is to use my eyes and ears plus the bins and sometimes the scope in order to both identify plus fully appreciate what I'm watching but a voice inside my head often says 'that might be a decent image to capture' and before you know it the moment is lost. Of course the alternative would be to dedicate oneself to just photography and chase a specific quarry but then goodness knows what else I might miss seeing! Of course, as we all know, many other factors conspire against us getting the image you really want to share; like the object it too far away for the lens (that happens more often than not); the lighting conditions and your quarry just won't sit where you want it for a clear shot, just to mention a few.
During a visit to a coastal estuary last Friday any efforts to capture images of any wildfowl or waders (the reason for the visit) was thwarted initially by the low tide and everything was just a distant speck. 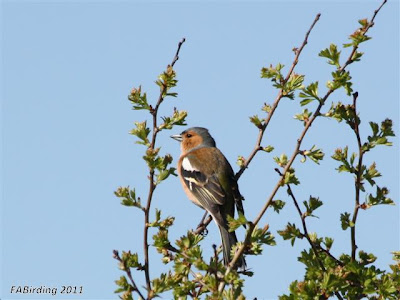 Fortunately a male [Common] Chaffinch (Fringilla coelebs) came to my rescue but provided a  challenge as it was perched in the top of a hawthorn bush directly facing the mid morning sun and the closer I approached more foliage obscured parts of my quarry. Anyway here are a few of the images. 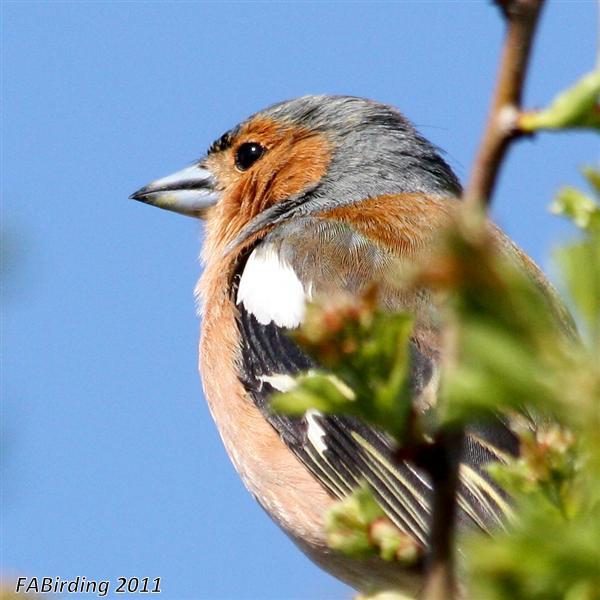 The Chaffinch is probably Britain's second commonest species (after the Wren) which breeds in all types of woodland, parks and gardens so I have no idea what he was doing way out in the open expanse of a tidal estuary. 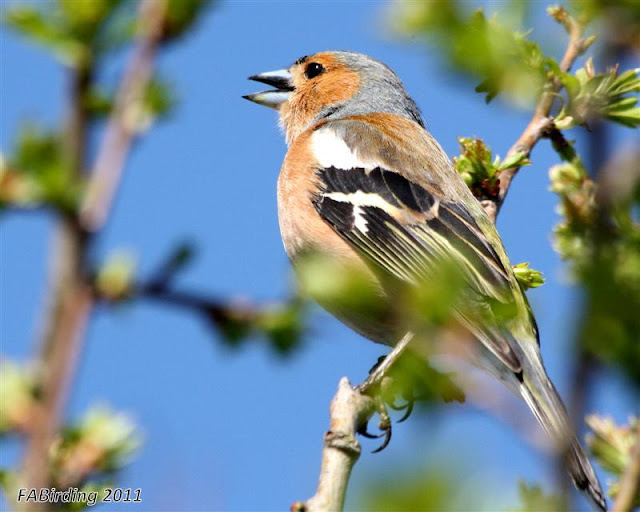 Just to provide me with added entertainment he started to sing. Please click here to listen to the regularly repeated short and somewhat dry descending trill. 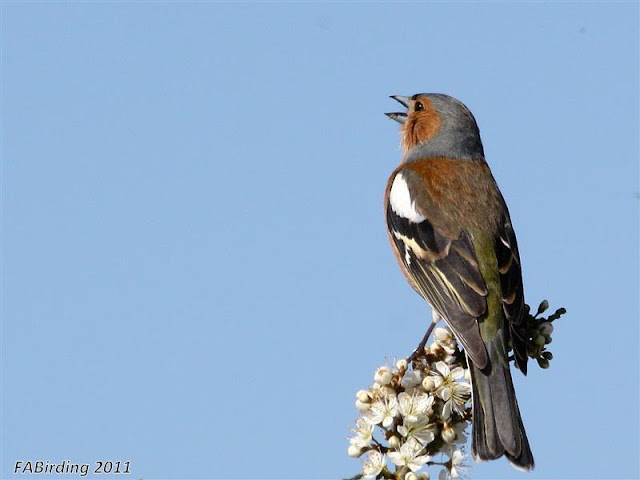 Eventually he decided to move to an open perch on the very top of a flowering Blackthorn which enables us to fully appreciate the variety of colours that this very common woodland species sports in his full breeding plumage. Now if only all the LBJ's would provide this sort of photocall capturing a decent image would be so much easier!   FAB.
Please click here for more WORLD BIRD WEDNESDAY images from around the globe.