Continuing from my previous post (Early Start in Suffolk) I didn't have to wait long before my companions for the day to arrive. It had been just over four years since Keith (holdingmoments) had spent a day birding with me in Surrey so while more caffeine was consumed we chatted as if it was only yesterday. I have only known Trevor (aka The Herald) via his blog postings but the immediate healthy banter between us suggested that this was going to be a good day regardless of what we may or may not see at RSPB Lakenheath. 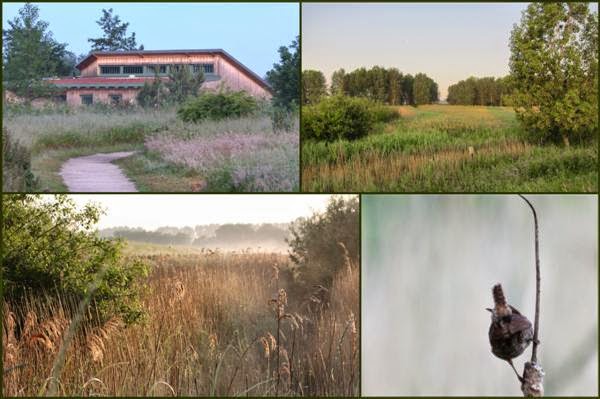 As we headed off along the trail behind the Reserve Centre we were greeted by Goldfiches on the feeder plus Reed Bunting and Reed Warblers flitting in and out of the reeds. Further along the path the strident calls of Cetti's Warbler got us scanning every possible spot for any glimpse of this generally secretive songster but without success while the diminutive Wrens popped up everywhere. 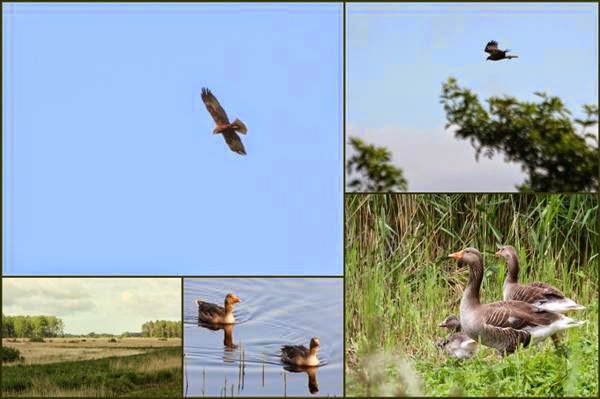 As we arrived at the first watch-point overlooking the main reed-bed a Bittern rose up and flew away from us and was probably startled by a member of the reserve staff undertaking the morning survey. While being entertained by a family of Greylag Geese we quickly added Marsh Harriers, both perched and quartering the reed tops, Common Tern, Cormorant, Cuckoo's calling and in flight, Kestrel, Blackcap and a Kingfisher but no sign of any Bearded Reedlings. 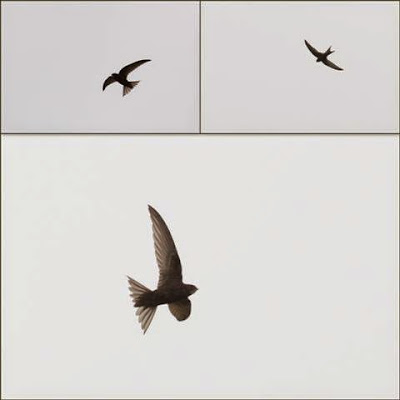 There were a few Swifts but certainly not the numbers I had witnessed on my earlier visit some 10 days previously. 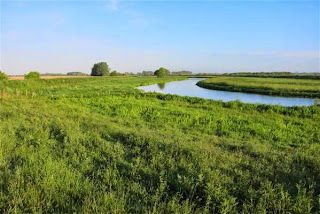 Our route then took us up onto the bank overlooking the river and over the distant farmland a low flying Barn Owl appeared to be attacked by a brown coloured raptor and they both disappeared. After what seemed ages the Barn Owl re-appeared looking no worse for the encounter ... our belief is that the Barn Owl was carrying prey and was probably successfully molested by a female Sparrowhawk.

Moving onwards we eventually reached the furthest watch-point overlooking a more extensive reed-bed with more sightings of Marsh Harriers but we didn't locate the Common Cranes that were apparently in this general area. We did finally get views of a number of Hobbies hawking insects as we commenced our return route. With a lessening of bird activity our attentions turned to other wildlife. A Stoat dashed across our path while we were all trying to get shots of Reed Warblers deep within the reeds ... I wasn't successful! 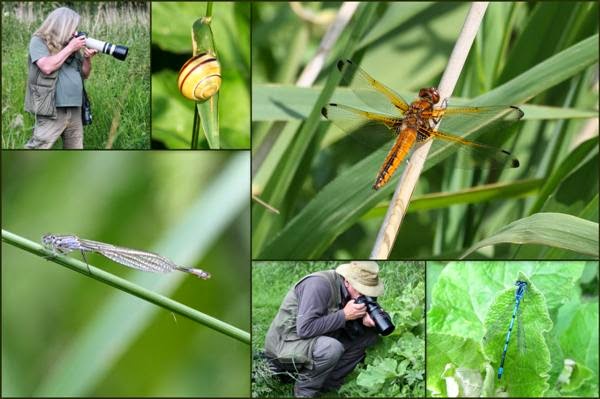 The vegetation was carefully scanned for anything that our lenses might capture and for me this included Scarce Chaser, Azure Damselfly and Brown-lipped Snail but I bet Keith and Trevor have many, many more beasties on their memory cards. I was fascinated by a very tiny Moth (see image below) with exceptionally long antennae and somehow managed to catch one in my fingers but I couldn't get my pocket PowerShot to focus so Trev did the honours while it perched on my finger. We had no idea of its name so Trev dubbed it 'Frank's Finger Moth'!! 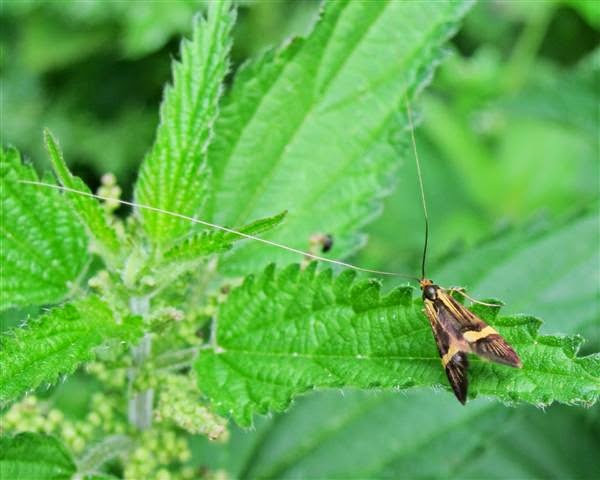 I eventually got a close up of another individual and thanks to Trevor's subsequent diligent research I now know it is a Yellow-bared Longhorn micro moth (Nemophora degeerella). 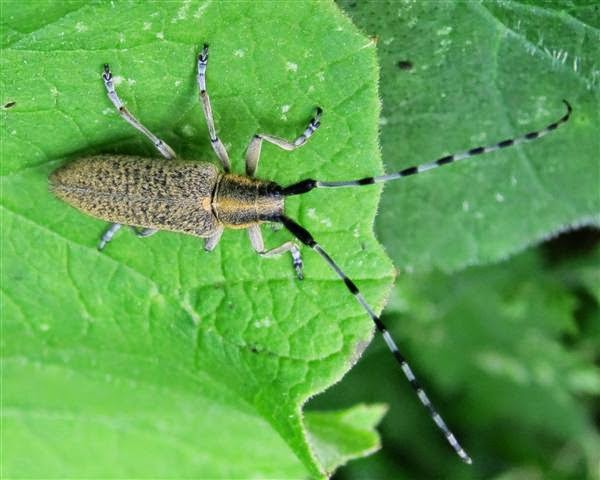 Another interesting creature was this Golden-bloomed Grey Longhorn Beetle (Agapanthia villosoviridescens) with its velvety coat and two tone antennae.


Returning to our first stop of the day our patience eventually paid off as we heard the calls of Bearded Reedlings ....

.... and then a pair flitted across the water and finally settled on the feeder tray but unfortunately partially obscured by the waving reeds. Not an ideal image but for me it will suffice for now.

The voice of another visitor sitting close by rang bells in my memory and I was delighted to have a brief chat with a old acquaintance, Trevor Gunton a very respected ornithologist, who way back in the 1980's introduced me to many of the special birds along the North Norfolk Coast. I chuckled when he commented that we were both much younger then but he still had a glint in his eyes when talking about the birds we both love to watch

We returned to our vehicles and enjoyed a late picnic lunch while reminiscing over our day so far. For me this had been my style of relaxed wildlife watching in the company of two like minded friends but it wasn't to end here so you will have to stay tuned for the final installment.  FAB.

Linking to I'D-Rather-B-Birdin' hosted by Anni and Wild Bird Wednesday hosted by Stewart.
Posted by FAB at 00:42