On my last two weekly walks I thought the conditions were ideal for butterflies, with temperatures in the mid 20's and plenty of sunshine, but only 10 separate species were logged and in very low numbers. However the photo opportunities for several species; all seen in Section 4, a large open glade; made up for the lack of overall activity. 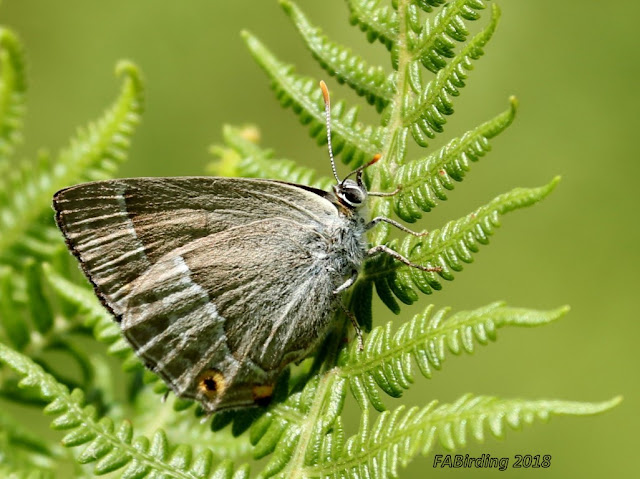 One of seven Purple Hairstreaks recorded over the last two weeks and brings this seasons total up to 96 individual sightings for this species.. 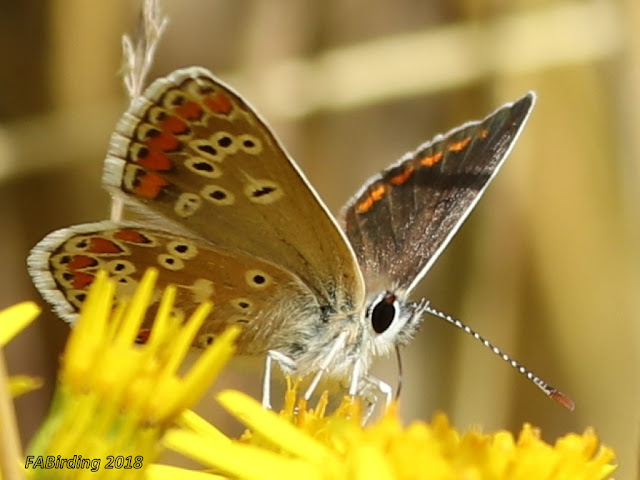 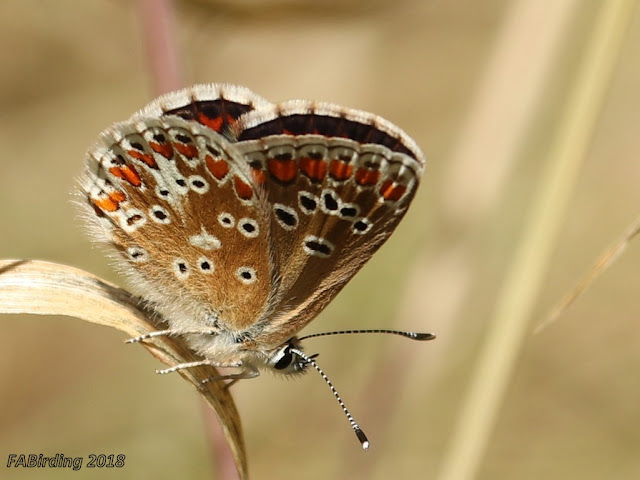 Flying in the same area as the Brown Argus were several male Common Blues, the first of two new species recorded on the transect since I started in 2015, but I only managed an underwing shot (below). 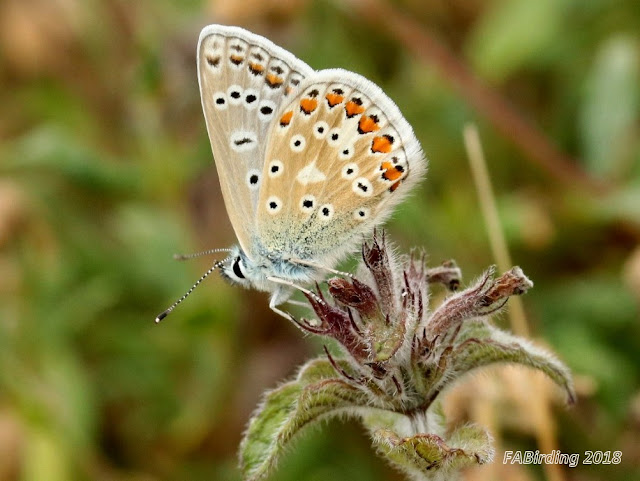 The second new sighting was the Small Copper (below) with 5 individuals counted over the last two weeks. 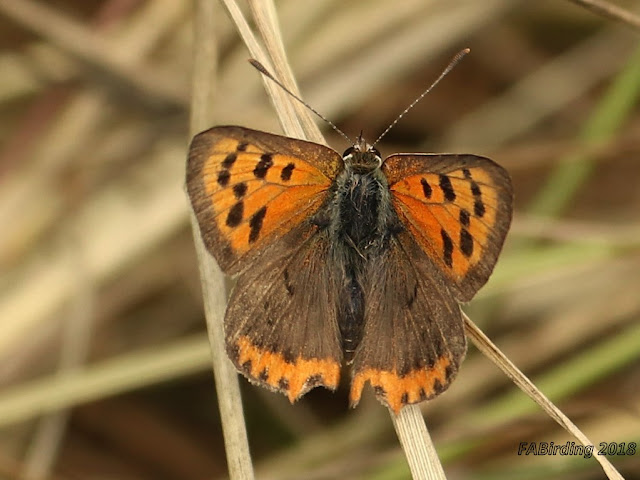 This little flutter definitely thrives in hot, sunny conditions. In good years three or even four broods might be produced but if the summer weather turns cool and wet the populations crash and can take several years to recover. 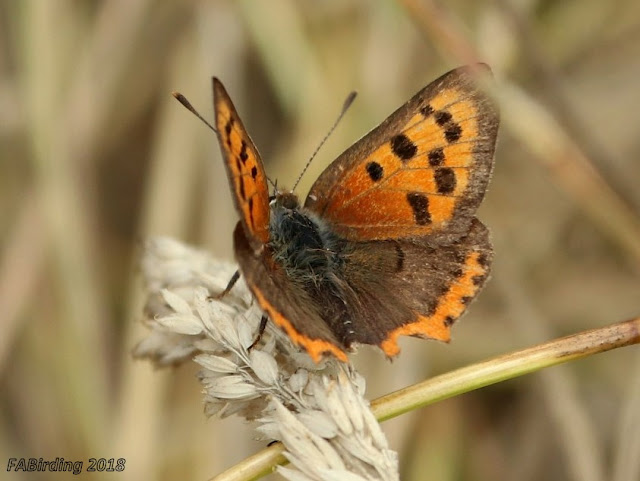 
Gosh, how time flies … 45 years since we said our vows together. 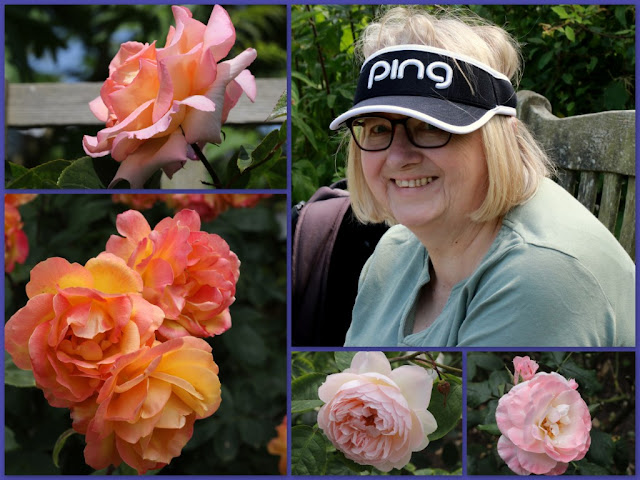