Colour to raise the spirits.

A rise in the temperature and the once barren winter garden
now has a few more colourful highlights to cheer the spirits. 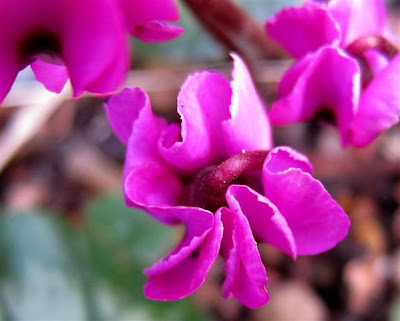 I'm not sure how but the dainty heads of Cyclamen have popped up
in the most unexpected parts of the garden .... quite some way from
their original location! 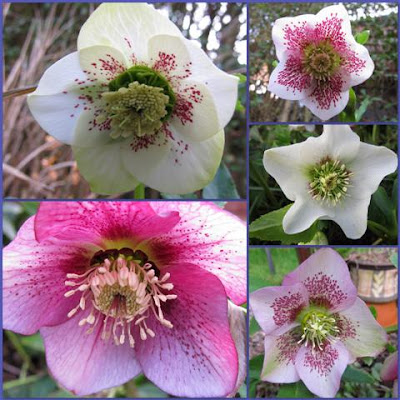 At the moment the Hellebores are all hanging their faces downwards
so I had to prop them up to take these pics!
I'm still waiting for the darkest hybrid to open up. 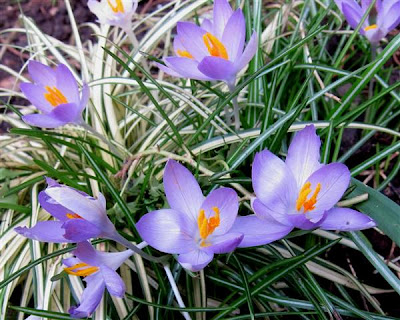 A small group of Crocus ... regretfully not a patch on the swathes of blue all around my Mother's garden.


I am dedicating this post to my Mum who has had to put up with my very demanding one-legged Father for the past four months but whose mobility is now much improved. Last Wednesday he returned home after only his 16th daily visit to Roehampton with a NEW artificial LEG. He stepped out of his wheelchair and walked upright (still using 2 walking sticks) into the kitchen for the first time in many, many months with the widest grin I have ever seen on his face .... just hope this happy phase continues.
Of course, this is only anther stage in his amazing recovery .... he now must continue to build up the strength in his other leg so that he can safetly negotiate the steps and stairs to enable him to sleep upstairs .... I have no doubts that it won't take him long.

P.S. I have now heard that he has already climbed the stairs to survey what will soon be his new sleeping arrangements after we make some minor layout changes .... now if only the Local Authorities would get their act together and provide the equipment he desperately needs he might even be able to safely use the upstairs bathroom facilities and also access the garden in the not too distant future.


And ... to  Shirleyanne (one of my earliest blogging friends) and to Cheryl (a very accomplished and inspiring wildlife gardener) who are both going through a tough phase at the moment .... so if you have a moment please drop in on them and say 'hello'. I do hope this will lift their spirits as they continue to deal with the extra demands currently placed upon all of them.   FAB.
Posted by FAB at 20:47 27 comments:

With a reasonable weather forecast I drove southwards to Pulborough Brooks RSPB Reserve this morning. During the drive the clouds darkened and there was the hint of rain in the air but within an hour of my arrival the sun was peeking through and the temperature was very comfortable. My first stop was 'Fattengates' where I joined a few other birders hoping to catch sight of a Firecrest but only a handful of Goldcrests showed themselves as they flitted throughout the pines. I wasn't particularly upset as I had seen one on a 'Patchwalk' at Epsom Common just about a week ago. 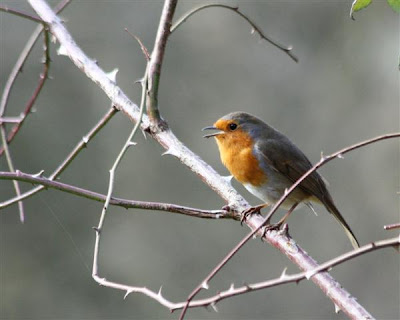 As I headed for West Mead hide a Robin provided a lovely serenade. Other sightings within the first 30 minutes included Kestrel, Great Spotted Woodpecker, Dunnock, Blue Tit, Great Tit, Chaffinch, Blackbird, Song Thrush, Greenfinch, Goldfinch, Skylark, Fieldfare, Redwing, Wren, Green Woodpecker and Jay.
From the hide I added Canada Geese, Pintail, Gadwall, Mallard, Teal, Wigeon, Shoveler, Snipe, Black-tailed Godwit, Curlew, Lapwing, Starling, Woodpigeon, and a distant soaring Common Buzzard. The hide was quite busy and I was soon joined by a young family with their son and daughter endeavoring to identify everything they could see. As usual  it wasn't long before I offered some help and it was great to witness the enthusiasm of the children as they ticked off each species on their handouts. 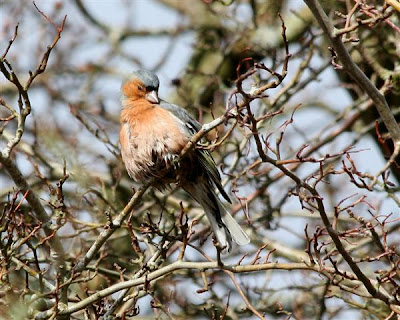 Outside the hide we enjoyed views of a male Chaffinch busily preening after having taken a recent bath plus a few Long-tailed Tits feeding high in the overhead branches. Further along the trail a couple of very smart looking Bullfinches where feeding in the hedgerow but regretfully didn't want to pose in the open for a photo. As usual the fields where occupied by reasonable numbers of corvids, including Magpie, Jackdaw and Carrion Crows. 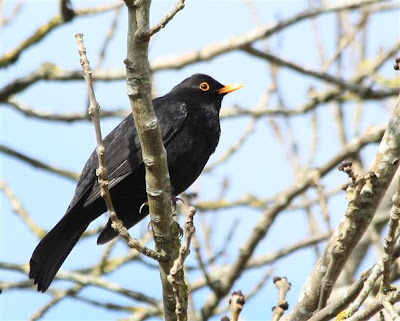 As I headed onwards towards the 'The Hanger' a male Blackbird kept close company with me for a while. 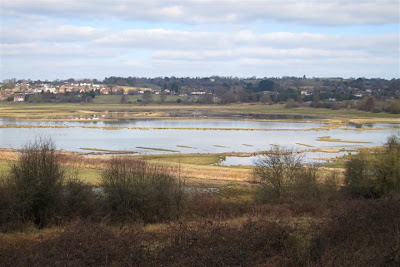 This was the view from 'The Hanger' with everything a long way away so no close up photos but I was able to spot Little Egret, Grey Herons, Shelduck, Black-headed and Common Gulls, Pied Wagtail, Coot plus a number of Ruff amongst large flocks of Lapwing when they were disturbed  into the air by an overflying microlight. Just as I was thinking of moving on the star bird of the day appeared ........ 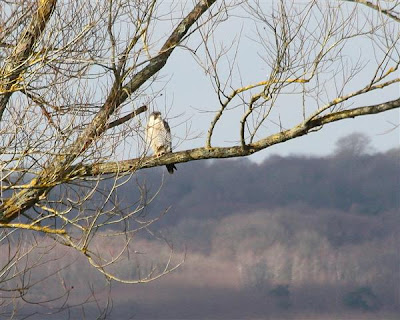 A female Peregrine Falcon took up her usual perch overlooking the Brooks spying out her next likely prey. She has been a regular here for about five years but I think this is only the second time I have seen her on numerous visits. Her perch was a bit distant for my lens so I have cropped the original shot. 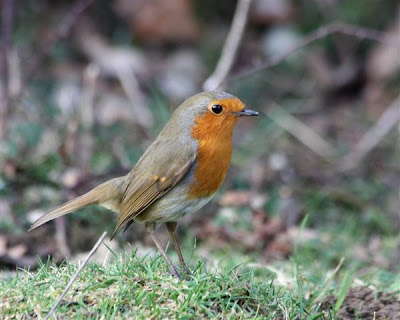 Another Robin kept me company when I stopped for to devour my packed lunch. 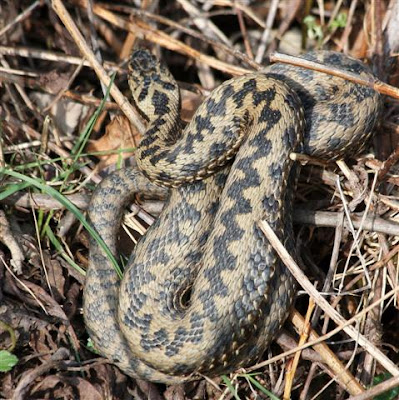 With the warmer temperatures it wasn't surprising to find this youngish Adder (Vipera berus) basking at the foot of the hedgerow. One passerby got quite agitated when another photographer explained what he was looking at. Despite us explaining that our only venomous viper species is not naturally aggressive unless provoked she moved on very quickly! Also on the wing today where a few Red Admirals, awakened from their winter hibernation.
Today's tally was 46 species and may have been more if I had bothered to carry the scope with me.   FAB.
Posted by FAB at 22:19 19 comments: