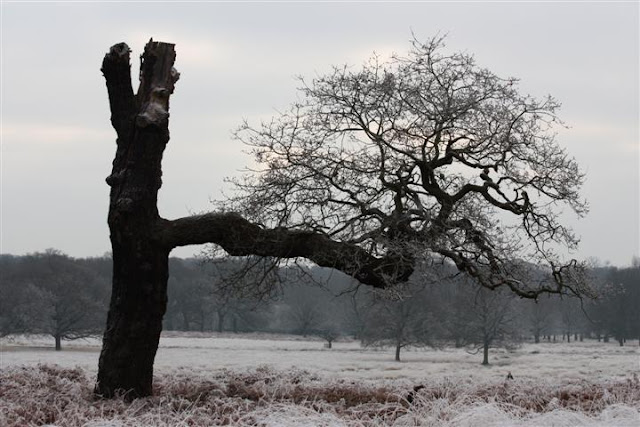 Last week I decided to take a stroll in Richmond Park on a cold and very frosty morning. Initially the landscape  seemed deserted of any wildlife but it wasn't long before I spotted a small group of Fallow Deer exceptionally well camouflaged amongst the frosty grasses. 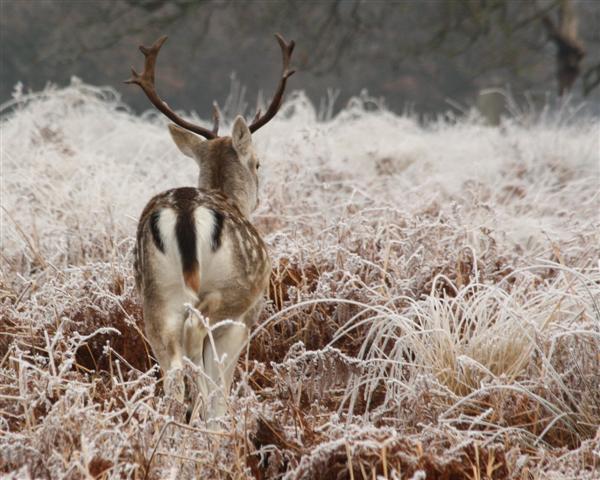 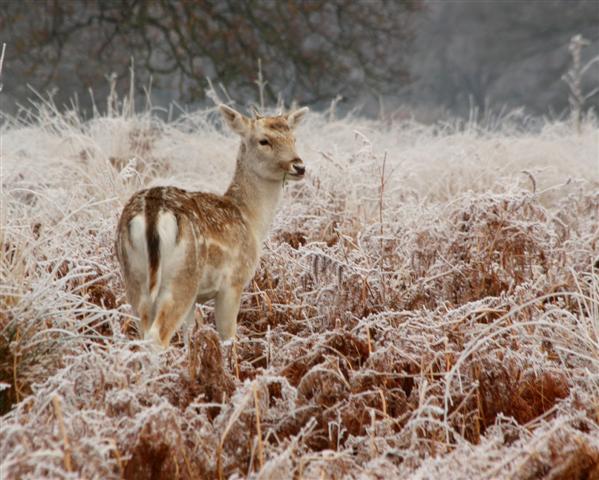 A much younger buck gave me a brief glance before heading of into the frosty undergrowth. 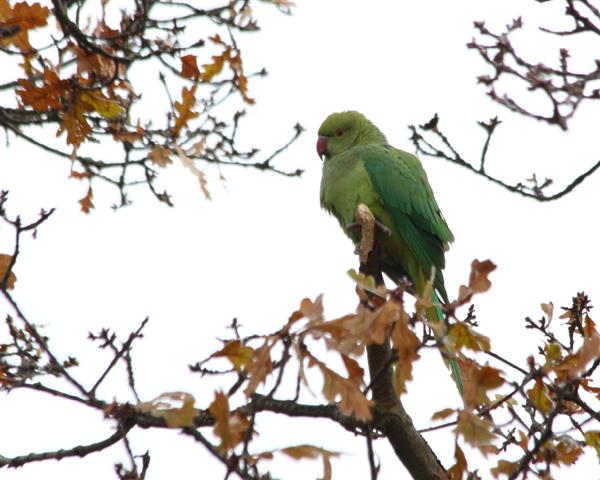 As usual there were plenty of squawking Ring-necked Parakeets flying around and while I snapped a quiet individual perched overhead I also noticed Song Thrushes, Redwings and Blackbirds dropping down to feed around the base of the trees. Bearing in mind the recent drop in temperatures I wasn't surprised to find that most of the water on the two main ponds was frozen over with many of the ducks; Mallard, Tufted, Wigeon, Gadwall and Pochard plus Coot occupying a distant patch of clear water close to the central island. 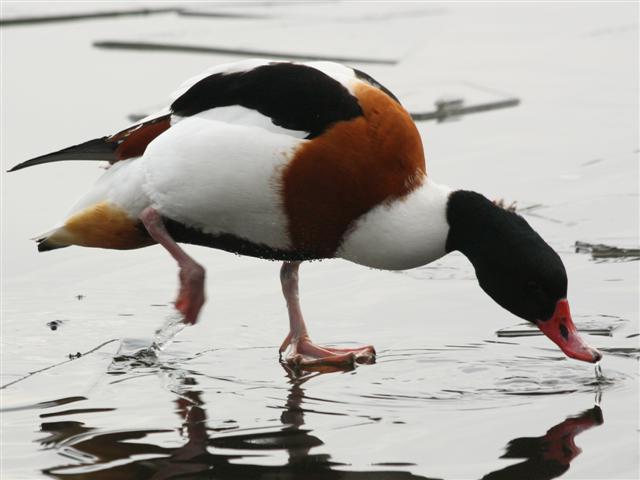 A female Shelduck decided to brave the thin ice in order to get a drink. 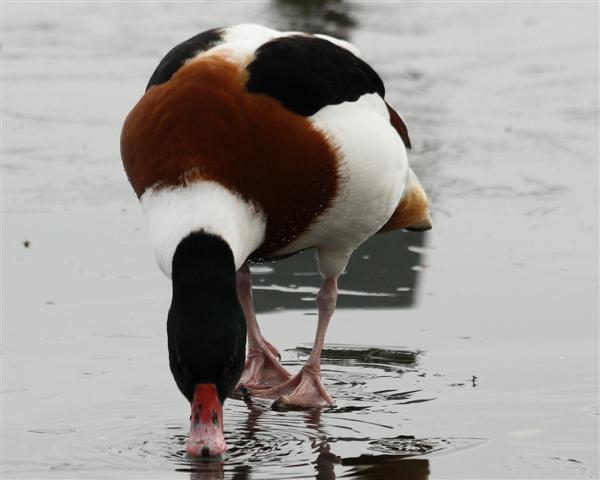 While nearby a Carrion Crow kept a beady eye on me! 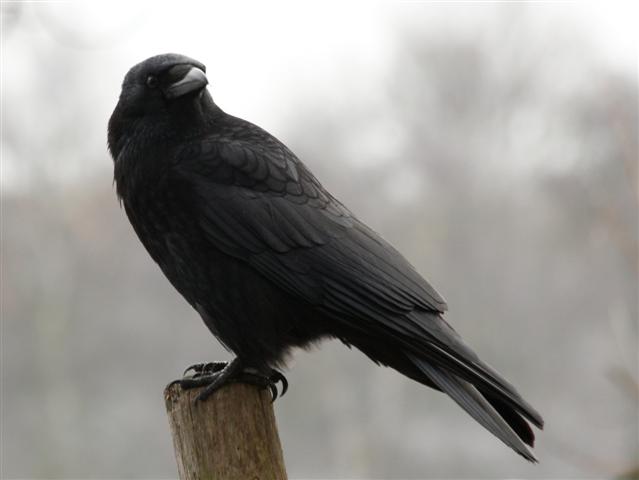 Other sightings included Jackdaw, Magpie, Great Spotted Woodpecker, Green Woodpecker, Cormorant, Black-headed Gull, Common Gull, Little Grebe, Egyptian Geese and Kestrel. It was good to get out in the fresh, frosty air with the camera again.

Reason for my blogging absence: A little while ago I experienced an very unusual event which led to an unplanned early morning trip by ambulance to a local hospital. Some four hours later I was eventually allowed home but referred to a Respiratory Specialist. After various tests including a C.A.T. scan and a Bronchoscopy I finally received the 'all clear' last week but still no clear explanation as to the cause of the initial problem. So with my mind put at ease everything should now return to normal with some minor adjustments to my lifestyle and hopefully some more regular blog posts in the future.    FAB.
Posted by FAB at 23:38 20 comments: