Yesterday (Wednesday) I returned to Epsom and Ashtead Commons in search for something new. 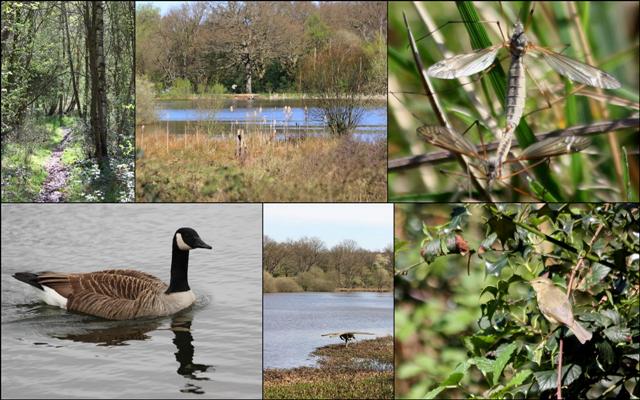 For nearly two hours up to midday I trekked slowly around Epsom Common Pond and across the grassland heath. Initially the bird song was prolific and on two separate occasions I heard the wistful song of Willow Warbler in the background but couldn't locate them in the tree canopy. I did however just manage a shot of a Chiffchaff (above bottom right) as it took a break from singing to glean some food from the brambles. Great Spotted Woodies were chasing one another, a pair of Blue Tits were spotted copulating and the insects were also in the same frame of mood (above top right). The usual incumbents were on the water; Canada Geese, the various pairs occasionally having a tiff with one another; Coot, Moorhen, Mallard and a single male Tufted Duck. The only species amongst the gorse was a Dunnock so maybe the Whitethroats have still to arrive. 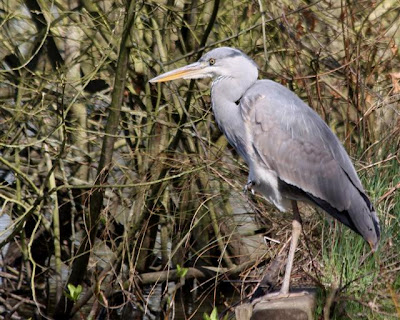 On my way back to the car for refreshments I switched into stealth mode and slowly crept up on a Grey Heron doing a single leg balancing act while watching the water for a possible meal at the Stew Pond. 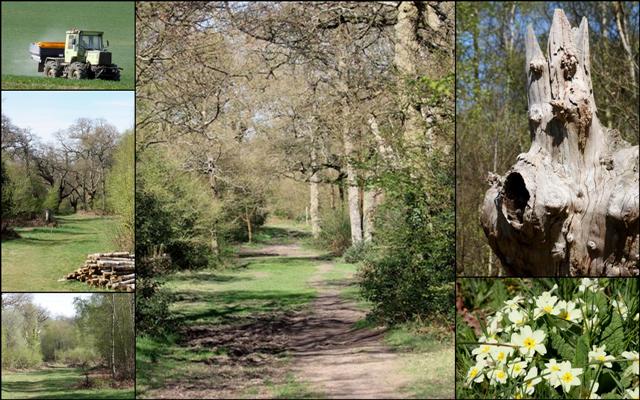 After a packed lunch I headed off and traversed the various tracks throughout Ashtead Common. With the sun pushing up the temperature to around 22C it was good to find some dappled shade while admiring the Primroses and the natures own sculptural art in the form of the dying veteran trees that litter this landscape. A brief detour out onto the fields to catch up with the displaying Lapwings and a decent view through the bins of two Skylark while the farmer was watering various dry patches where the seed has not fully germinated. 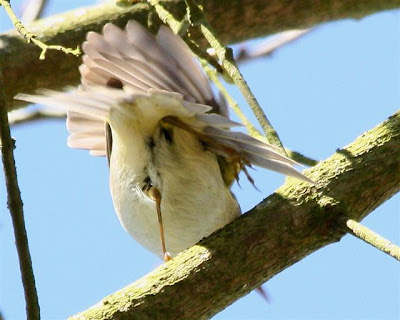 tried my patience as it only presented a rear view shot while fluttering its wings and tail feathers so I'll dedicate this image to Dave Lewis of Birds from Behind. 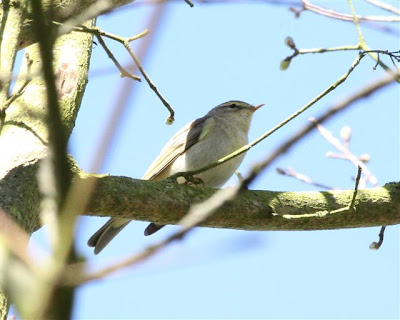 Anyway I waited and eventually it provided a couple of slightly better views before disappearing. 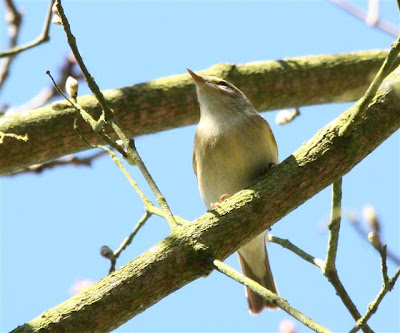 A lot of effort for one new patch tick but being out in the sunshine made up for the lack of migrants. FAB.
Posted by FAB at 00:12