Not "The Early Birder" today!

Well I failed to live up to my ethos that 'the early bird catches the worm' and didn't leave the house until midday. A fairly short car journey to Riverside Country Park, on the outskirts of Guildford.


The Nature Reserve consists of four main habitats: meadow, wetland, open water and woodland. The lake and meadow were by-products of gravel extraction during the construction of the A3 Guildford by-pass during the late 1970s. The wetland is especially important due to its rarity and its ability to support a diverse range of birds, amphibians and insects. To retain this habitat, it is necessary to remove invasive trees such as willow, which dry the marsh, and regularly to clear out the watercourses to eradicate the build up of silt. The majority of open water is contained within the man made lake in the centre of the reserve. This important habitat for birds and fish sees an influx of migratory species throughout the seasons. Various warblers, winter gulls, Common Tern and Snipe (inc. Jack Snipe) visit. Great-crested Grebe, Water Rails and Reed Buntings can be seen and the presence of Kingfishers and Herons indicates a good supply of fish.


My journey took me along the River Wey from Bowyers Lock to Stoke Lock, via the lake, and back again.


On my return journey a small flock of finches (probably 'goldies') caught my eye on the other side of the river in the damp pasture and when I looked for them with the bins I noticed the rear end of a very dark shape bobbing up and down. My first thought was Lapwing but in the changing light it appeared much lighter and then I thought of Common Sandpiper. I moved my position to get a better view but it was feeding in a wet furrow. I was then joined by another birder (who had just visited Bookham Common & seen 5 Hawfinch!) who asked what I was watching. We patiently waited for better views and eventually agreed on Green Sandpiper, another first for 2009 and possibly a first for me in Surrey - I'll need to check my records. 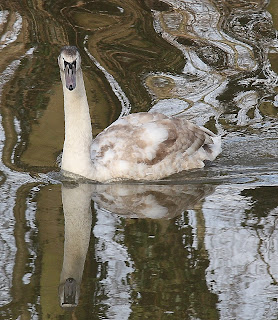 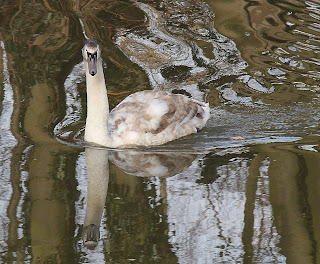 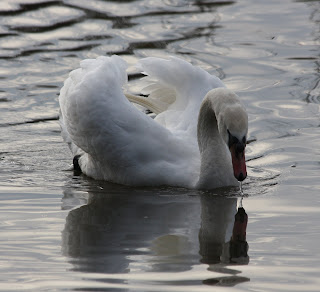 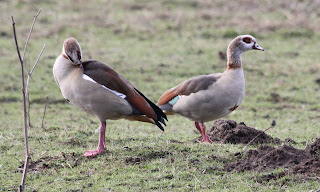