A day at the coast with Tony

A not so early start for 'The Early Birder' today (Friday 16th) as I picked up Tony for a day birding at his request on the south coast at Farlington Marshes. 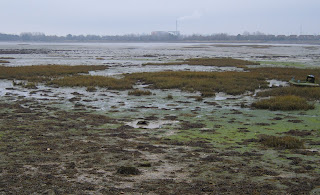 Farlington Marshes is 125 hectares (308 acres) of flower rich grazing marsh on the northern shore of Langstone Harbour. This is an internationally important site for wintering Brent Geese & Black-tailed Godwit plus a breeding site for Redshank, Lapwing & Skylark in the summer. 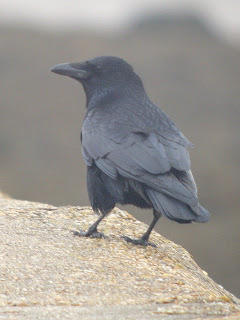 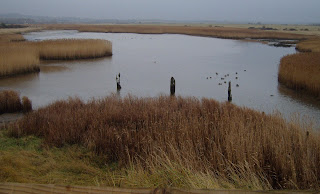 A view of the freshwater lagoon 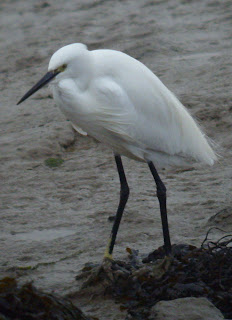 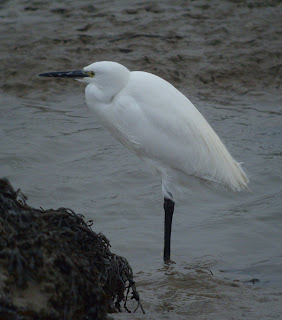 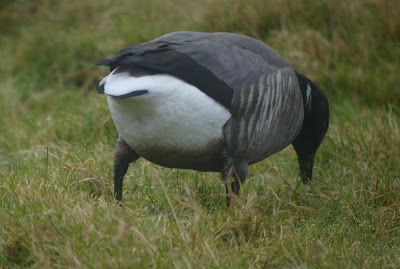 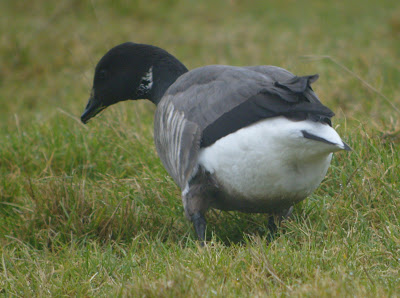 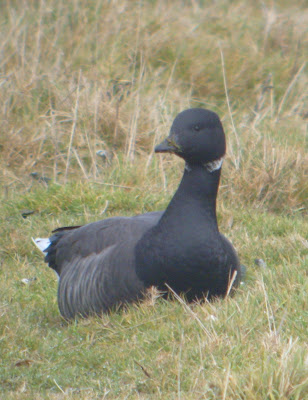 Close to the information hut we located this 'leg ringed' wader with it's head buried in the grass. Can you guess what it is? 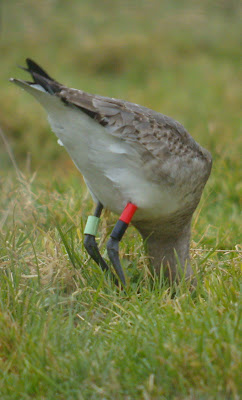 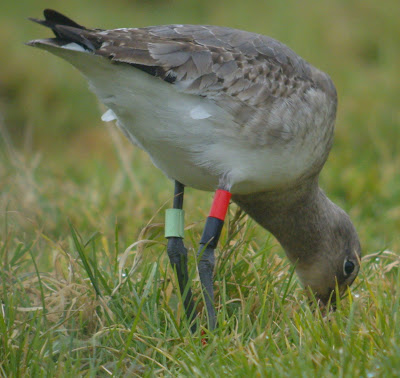 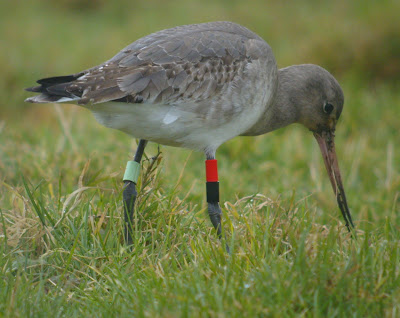 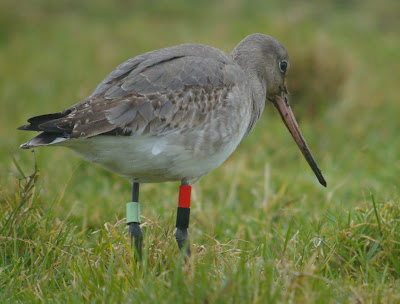 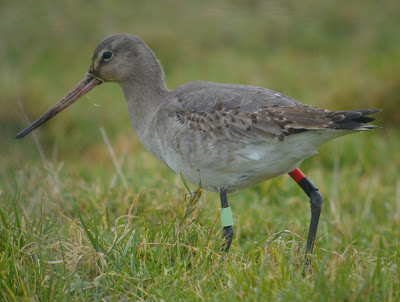 The afternoon was spent on Hayling Island at the old 'oyster beds'. 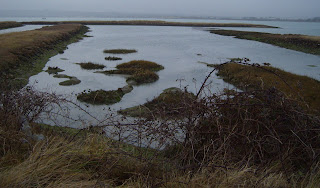 The early 19th century was probably the hey day of the Hayling Island oyster beds but in 1902 when new drainage / sewerage pipes were laid to meet increasing housing development the outfall into the harbour nearby caused major pollution and the oyster business failed. In the 1980's a large volume of rubble was 'dumped' into the beds. Some of the 'bunds' have been breached so nearly all of this previously protected area is now tidal. 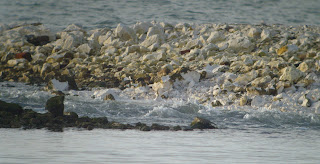 The rising tide breaks through the opening in the bunds.

Most of the afternoon was spent watching displaying Red-breasted Mergansers (40?) and Goldeneye (15) plus we also added Turnstone & Ringed Plover to our day list. 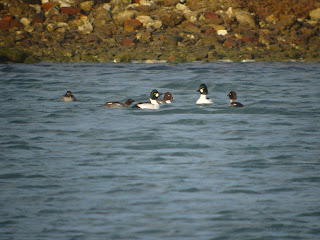 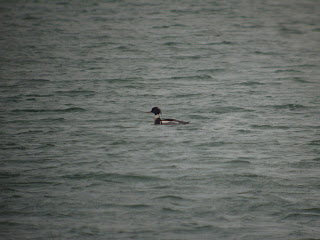 And finally another Little Egret experiencing a bad hair day! 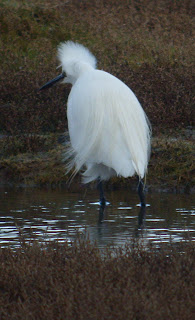 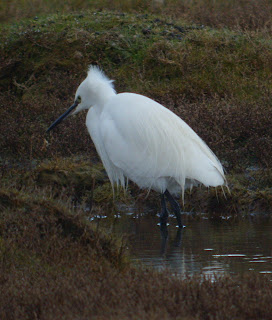 The final total for the day was 46, but the highlights were definitely the large numbers of Brent Geese, Red-breasted Mergansers & Goldeneye plus of course being able to get close to a confiding Black-tailed Godwit. Did you guess correctly?
Posted by FAB at 22:57