Well wrapped up against the cold & a blue sky it was off to Staines Reservoir which is a bleak location particularly in winter but does usually hold a varied selection of grebes, waders and the occassional diver. I unexpectedly met a very old friend, Alan, who said there was very little to see as most of the water was frozen. 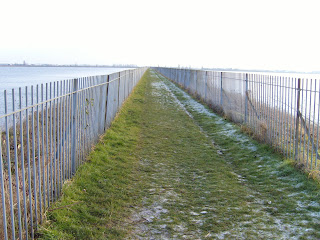 Movement of the water had created these large slabs of ice. 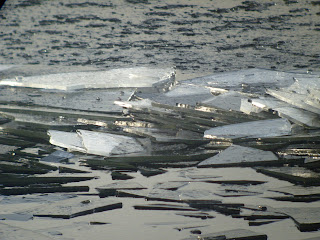 A scan of the 2 basins produced Great Crested Grebes(7), Little Grebe, a mixture of Gulls way out on the frozen water, a few Wigeon, Gadwall, Coot, Mallard, Northern Shovellers (50+)hugging the distant shoreline, a single Cormorant, 12 Ruddy Ducks (who obviously survived the culling process!), plus Pochard and Tufted Ducks. 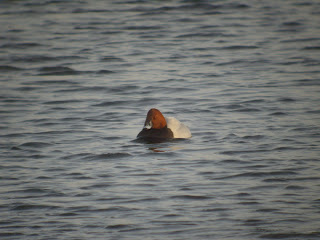 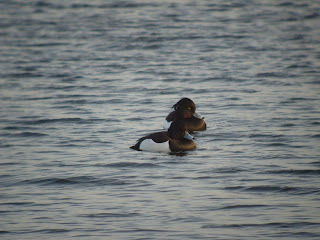 Male Tufties
A Kestrel was hunting the causeway margins and eventually dropped onto the pathway with a kill and enabled me to get this distant digi-snap through the scope. 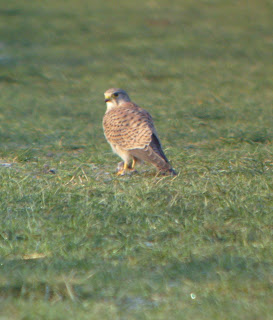 A Meadow Pipit called as it flew overhead. As I returned to my car Tony & Hugh turned up with other members of the Surrey Bird Club. I updated them on the lack of species and headed off to Wraysbury Gravel Pits. Once again all the pits were frozen ..... 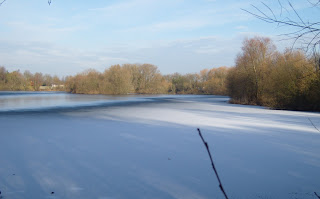 apart from a small patch of clear water where most of the ducks & gulls were gathered. 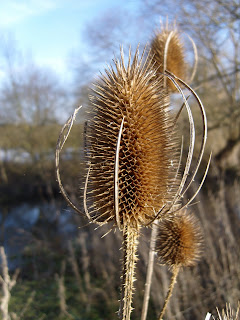 Whilst searching to locate winter thrushes I disturbed a Water Rail (heard it call as it flew into cover) but failed to get my bins onto it and also flushed 2 Snipe alongside the stream .....one of them might have been a 'Jack' but again I was too slow to react. I eventually caught up with the thrushes - Fieldfare, Redwing and a Song Thrush and just managed to get some half decent photos. 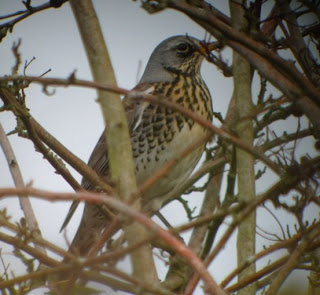 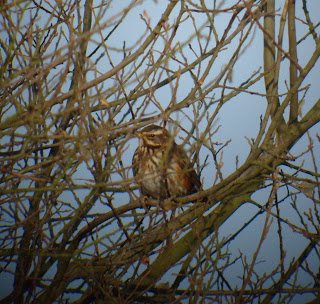 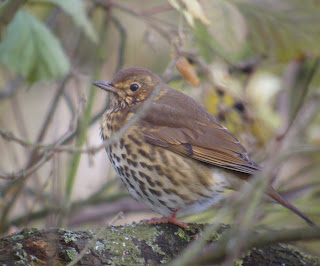 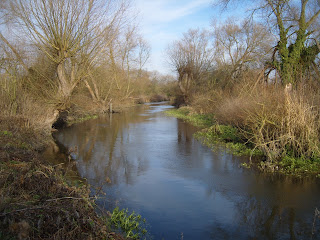 This final shot was taken to remind me of the best location for Kingfisher and Water Rail sightings in the past.....But not today. Never mind it was a pleasant stroll in much improved weather conditions.
Posted by FAB at 17:16