After dropping off the camping trailer at 8.15 a.m. in Northfleet we headed to Northwood Hill RSPB Reserve somewhere we had never visited before. The reserve is situated on a ridge overlooking the Thames Marshes and our first port of call was the woodland which was full of birdsong; Blackcaps, Garden Warblers, Blackbirds, Chaffinch, Whitethroats and Chiffchaff but most individuals were hidden from us by the lush dense foliage. 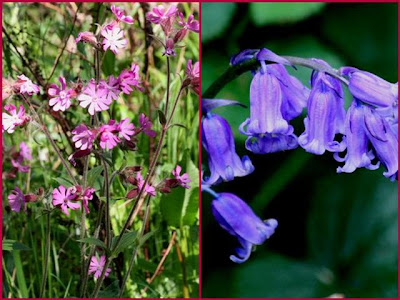 With fierce sun overhead it was great to be walking in dappled shade with Red Campion and Bluebells lining the pathways. 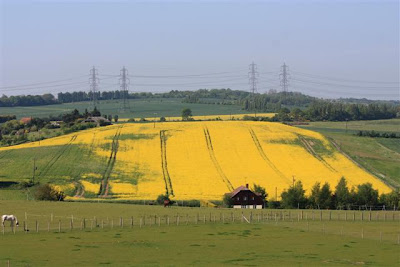 A view outside the woodland over the adjoining farmland. 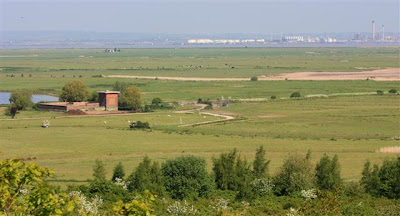 Our route eventually led us to the edge of the ridge with this expansive view over the marshes. The building on the left was used for communicating with the U.S.A. during World War 2. 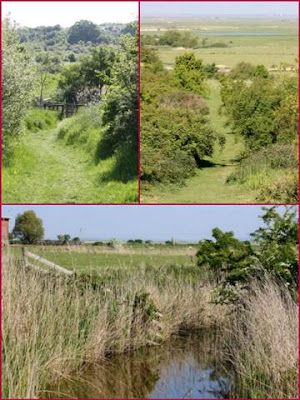 While Anita rested her feet, listening to the intermitent calls of Cetti's Warbler, Nightingale, a distant Cuckoo and the constant sounds from various corvids I headed downhill to check out the reed fringed small waterways and listened to the rythmic song of a Reed Warbler and the scratchy sounds from a Sedge Warbler. 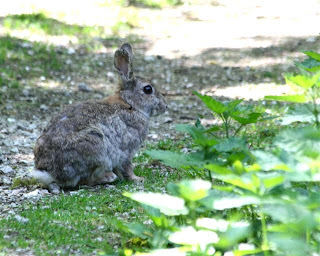 Our return route to the car was an uphill slog but interupted with views of this docile 'bunny' and a very noisy laughing Green Woodpecker. 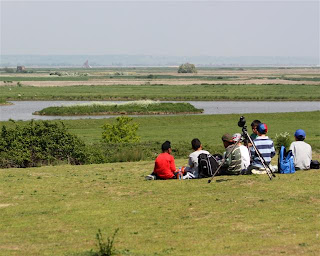 We then drove to the main car park at Bromhey Farm where a large party of school children were also enjoying the various wildlife delights of butterflies, bugs and of course the birds under the guidance of RSPB staff. 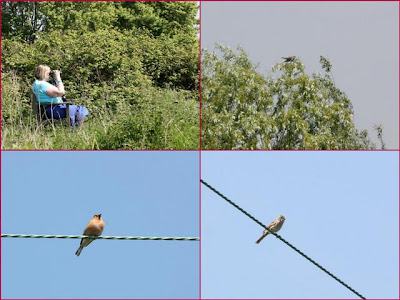 Clockwise L to R...ARB, Cuckoo, Chaffinch and Whitethroat.
We found a convenient seat to eat out packed lunch while watching Whitethroats, Linnets, a Yellowhammer, Chaffinch with the constant calls from a Cuckoo who eventual alighted on a very distant tree. Other sightings included Grey Herons, Little Egrets, Greylag Geese, Shelduck and Tufted Duck plus we also saw a few butterflies but I'll leave these for a later post as this one is already too long! Just after lunch the mobile rang and we returned to pick  up the trailer, now in full working order...next job is to repack all our gear so it is ready for an outing somewhere next month.   FAB.
Posted by FAB at 23:55