A reasonably early start on Tuesday to drive to the south coast to meet up with David and June at  Rye Harbour Nature Reserve.  After a welcome cuppa in their holiday home we headed out onto the reserve with overcast skies and a very cold 'arctic' wind. With Skylarks singing, Linnets twittering and a distant Cuckoo calling our first waders were a small group of Avocets. 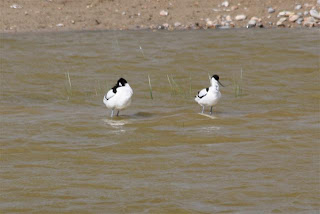 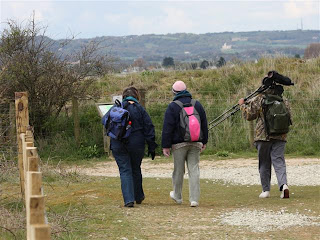 Moving onto one of the hides overlooking the Ternery Pool. 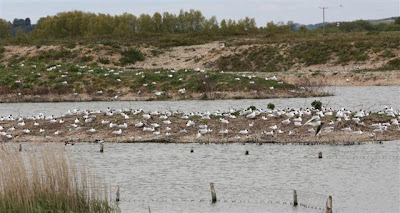 View of the nesting Gulls and Terns.
A search with the bins soon revealed a few Common Gulls, large numbers of Mediterranean Gulls on the furthest bank, with their striking black heads and deep red bills, hidden amoungst the vast numbers of Black-headed Gulls that are so inappropriately named as the head colour is brown! 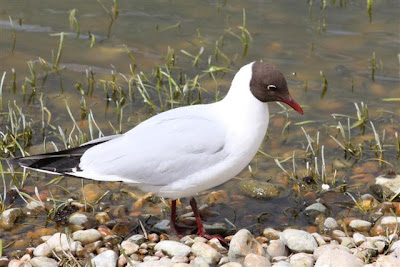 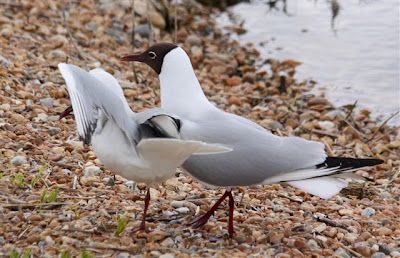 With water levels so high, many of the shingle islands are still submerged so there is a premium on any available nesting space and the air was full of the constant scolding calls as the gulls and terns endeavoured to protect their alloted spaces. 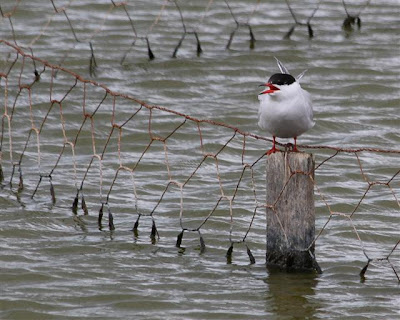 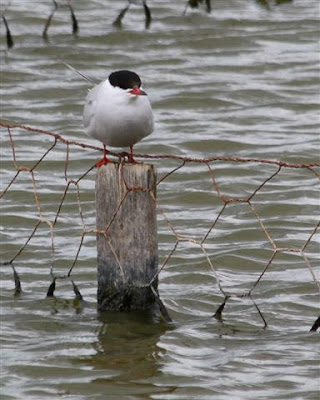 We eventually moved onto another hide where there was very little close activity apart from a couple of Redshank feeding along the waters edge who provided a photo opportunity. 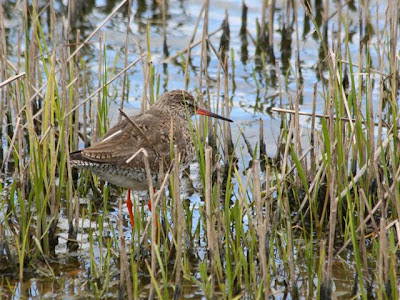 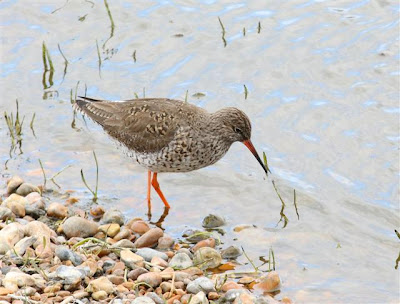 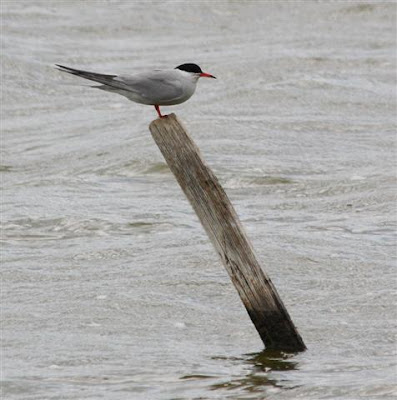 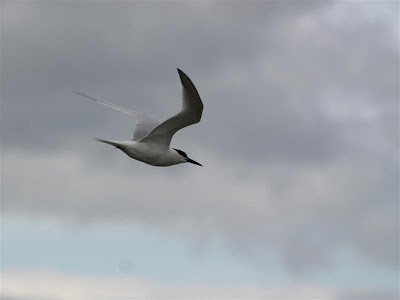 Fly past by a Sandwich Tern (Black bill with yellow tip).
Other sightings included Little Egret, Mallard, Coot, Tufted Duck, Meadow Pipit, Reed Bunting, Cormorant, Lapwing and Sedge Warbler. The weather conditions worsened with the wind increasing and a rain front moved through so with freezing fingers we decided to return to the holiday home to warm up and eat our packed lunch and to decide on the destination for the afternoon (Part 2).    FAB.
Posted by FAB at 23:15