Avian interspecific brood parasitism is a reproductive strategy whereby the parasitic bird lays all its eggs in the nests of other species, sparing themselves the expense of rearing their own offspring. (Intraspecific is where they are laid in other nests of the parasite's own species).

For the parasite the benefits are greater allocation of their resources towards mating and egg production without the need to defend nests, incubation and subsequent feeding of their young. For the host species the issues range from diminished nestling growth rate due to competition by the parasitic offspring (e.g. Cowbirds) to total loss of their own eggs and nestlings through eviction by the early-hatching parasites (Cuckoos). As far as I am aware the most commonly studied avian brood parasites are Cowbirds and Cuckoos but I only have limited experience of witnessing the outcome of the latter species' breeding success and subsequent rearing by a host species.

Females of the Common Cuckoo (Cuculus canorus) generally lay their eggs in the nest of the species which raised them and Dunnock, Reed Warbler and Meadow Pipit are their current favoured 'hosts'. The males will fertilize females of all lines thereby ensuring adequate gene flow among the different maternal lines. A single female may visit up to 50 nests each breeding year and in order to prevent rejection she is able to mimic the colouration of the host species own eggs, albeit they are often larger in size. 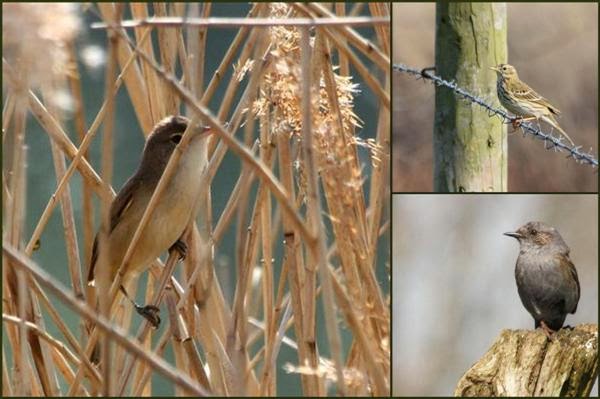 Some years ago I was alerted to the fact that a juvenile (Common) Cuckoo had taken up residence in a specific area of a garden where I was working. It didn't take me long to locate the begging 'sree, sree, sree' calls, much like other small birds but very penetrating, and there it was perched for a photo call. So here are the results taken with my trusty old Olympus OM1, a little rough, as they were scanned from the original photos. 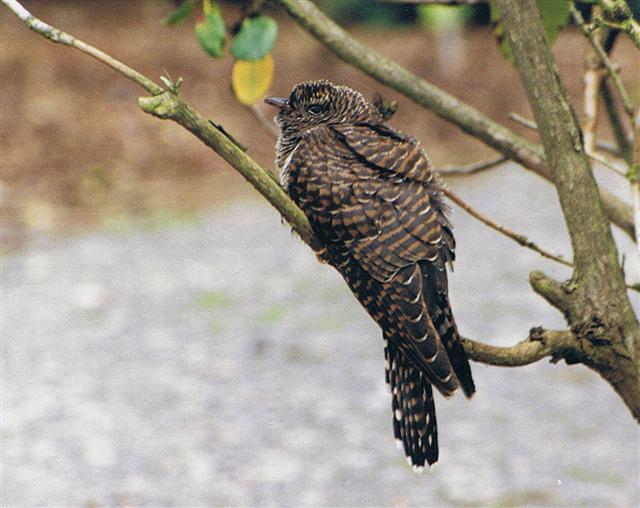 What I didn't expect to see was the juvenile Cuckoo being fed by its host parent, a Dunnock (Prunella modularis) which made constant forays into the undergrowth to locate suitable titbits to satisfy the constant begging and voracious appetite of its fast growing charge. 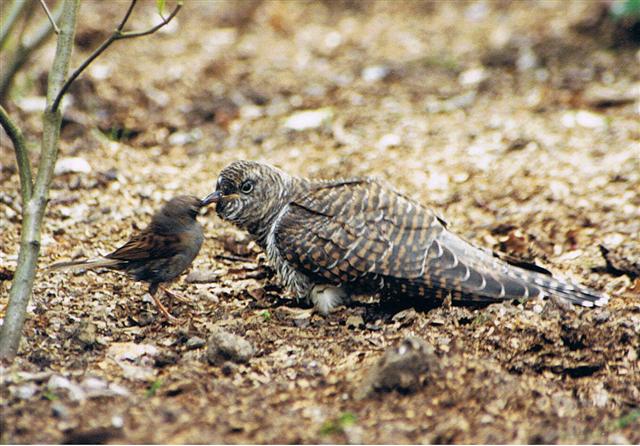 Although I didn't get an image I also watched a Robin join the Dunnock and it also presented food to the Cuckoo but was that just a case of mistaken identity or the result of another inter-relationship! 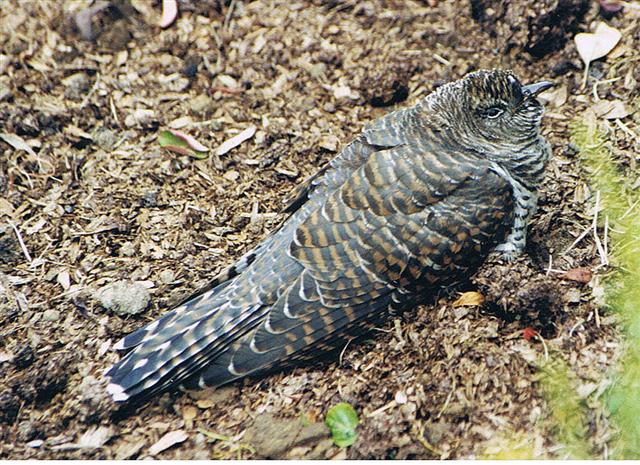 After an extensive feeding session it quietly hunkered down to presumably await the next feeding session. It remained in this location for several days and then disappeared so I always wondered if it ever made the long, hazardous journey to its wintering grounds in Africa and did it ever return as an adult to add to the gene pool of this parasitic species.    FAB.

Linking to Wild Bird Wednesday where you can view all manner of species from around the globe.
Posted by FAB at 12:43