Another Circuit of Thursley Common. 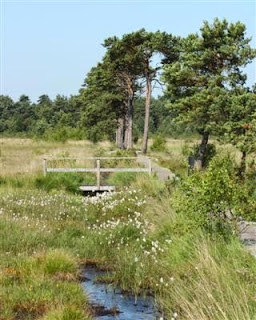 Yesterday I paid another visit to Thursley Common around mid morning on another hot, sunny day but with a fairly strong breeze and the chance of a shower or two.

I decided on a slightly different route and kept away from the boardwalk and headed on a clockwise circuit that would take me through the heart of the bog on a little used path to see what wildlife was about.

Bird wise it was fairly quiet apart from the 'yaffle' calls of a Green Woodpecker and a small party of Linnet, constantly chatting to one another, flitted from treetop to treetop and always staying one jump ahead of me!

The usual dragons were easily located including Keeled Skimmers and Four-spotted Chasers resting from their early morning activities. 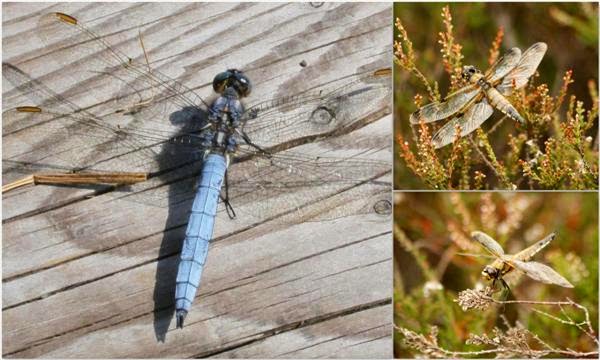 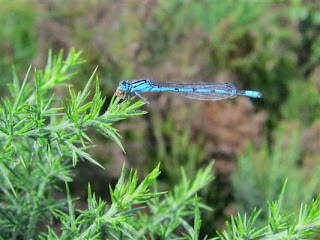 Out in the middle of the bog I noticed the low cloud building up from the south-west and in a matter of minutes I was overtaken by a rain squall and took what shelter I could find from a large stand of Gorse.
The cloud quickly moved through, the sun reappeared and the temperature rose bringing a few other species in sight of the lens. A male Azure Damselfly politely perched close by. 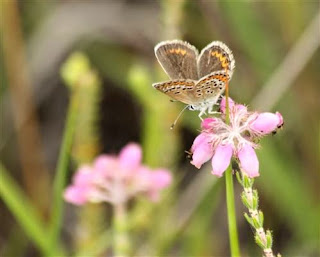 A little further along the path I noticed a tiny female 'blue' butterfly settling on the top of a flower and just managed one shot before it flew ahead of me. At first glimpse you might say "it's not blue" ... well the upper wings on females of a number of our blue species are in fact brown but it is the pattern on the under wings that often provide a clue to their identification.
This individual eventually resettled with her wings closed (see below) clearly showing that the black marginal spots on the hindwings are studded with silvery-blue centers, hence the name Silver-studded Blue. 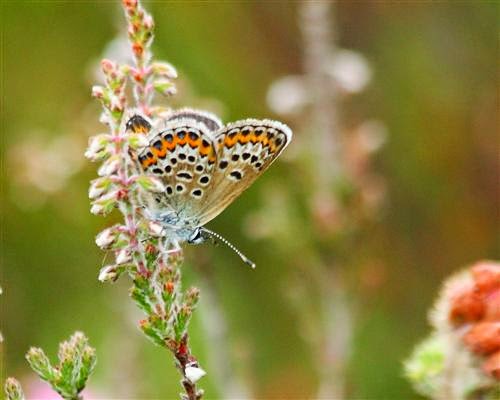 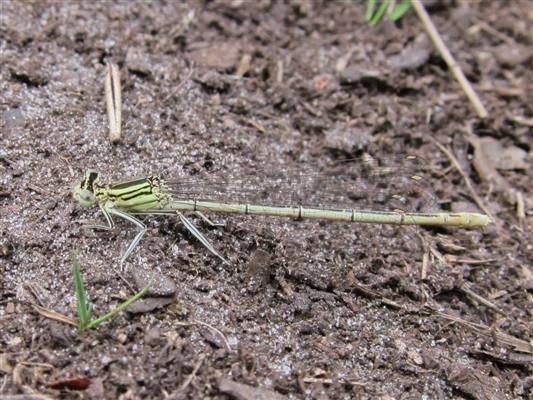 Just before the path heads into a stand of conifers where the ground was under water just a few weeks ago a female White-legged Damselfly (Platycnemis pennipes) decided to rest in the sunlight and allowed me to get a close up with my pocket Powershot.

My onward route took me across the open heath to a small field bordered by trees and around a area of brambles a few butterflies were found but only in single numbers, 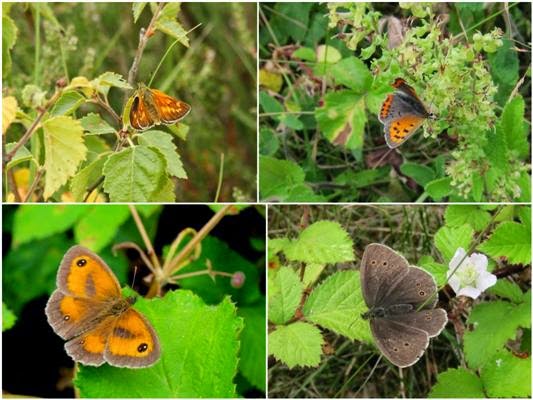 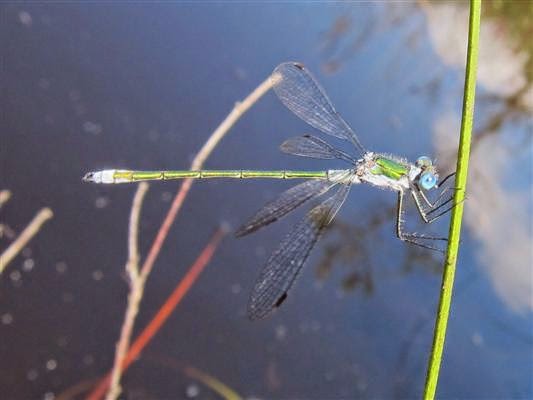 Nearly at the end of my two hour walk I rejoined the boardwalk and had another chance at capturing a shot of a male Emerald Damselfly (Lestes sponsa). 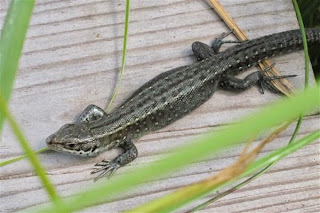 Further along the boardwalk a Common Lizard was sunning itself. Normally I would expect to see them every foot or so but this appeared to be the only individual brave enough to show itself or maybe they knew the weather was due to change again.

A Kestrel hovered high over the bog and I saw four Swallows perched on the overhead power lines but only caught the last one to depart! With the cloud base building up it was time to depart for home. 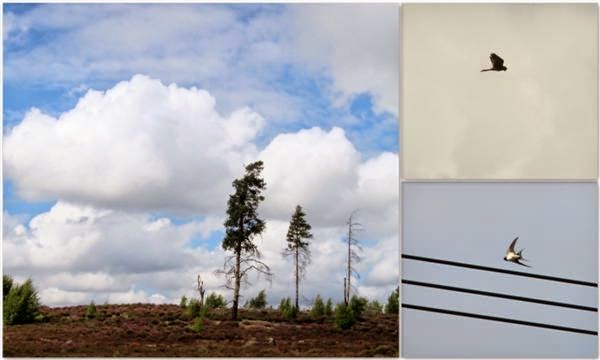 Wherever you are I hope you have a glorious wildlife watching weekend. We are expecting thunderstorms and a lot of rain!   FAB.
Posted by FAB at 22:56