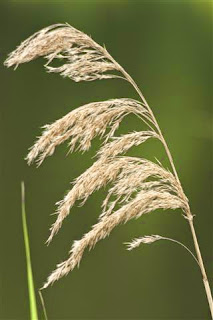 Yesterday I spent a few hours stalking various Odonata on Thursley Common; a very important area of lowland heath, acid bog and woodland; which plays host to over 20 species of dragonflies and damselflies throughout the summer months.

Before heading out onto the open bog in bright sunshine I decided to remain in the shade for a while and checked out the fringes of the pond for any activity. Very little avian life apart from the usual family of Mallard and a Grey Heron hiding in the reeds.

It didn't take long for a very distinctive dragonfly to catch my attention as it patrolled over the water and occasionally took a rest on the reed stems. Knowing that this species repeatedly returns to the same perch it was just a matter of being patient but I just needed to get a little closer without dunking my boots up to my ankles in the muddy water! 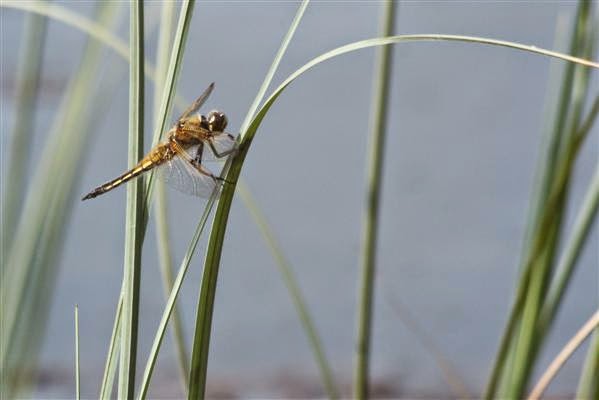 So above is my initial view of a Four-spotted Chaser (Libellula quadrimaculata) and below are some closer images taken with the 70-300mm lens (handheld)  over the ensuing half hour or so without getting my feet wet. 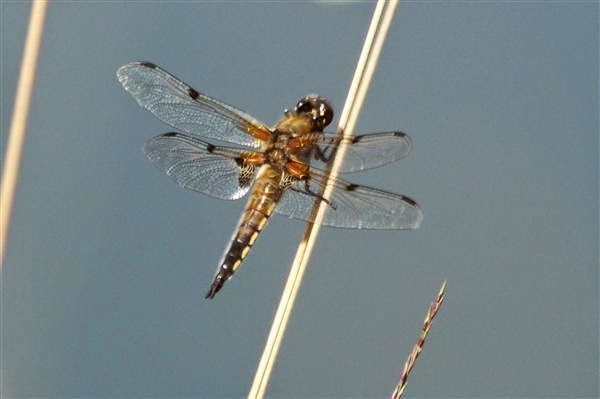 The characteristic wing markings; four spots on each wing plus dark brown patch at the wing base; clearly distinguishes this species from any others, particularly the female Broad-bodied Chaser which has a flatter, wider abdomen or the immature Black-tailed Skimmer but that lacks any basal wing marks. This species is widespread throughout most of Britain but is absent from many areas in north-east England and occurs in a wide range of habitats. It is often the first to colonise newly flooded gravel pits and may also breed in garden ponds. 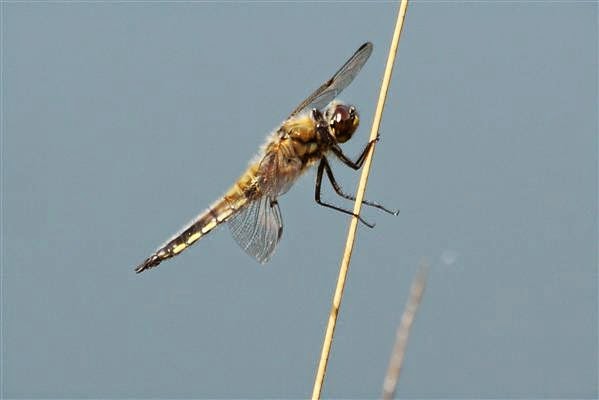 This species is well adapted to cool climates due to its dark colouration and the fine hairs on the thorax which help to keep it warm. 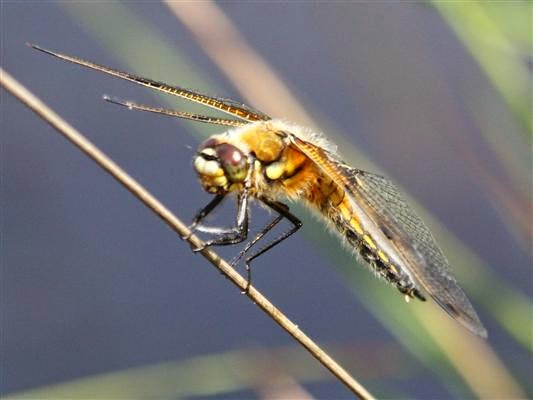 Its abundance at this location means that it is often preyed on by Hobbies (click this link for my previous posts on this subject) but surprisingly I didn't see any during my wanderings. I did however see Keeled and Black-tailed Skimmers, Black Darter, Emperor Dragonfly plus various damselflies ... some will feature in future posts.  FAB.

Linking to Camera Critters, Macro Monday 2 and Nature Notes.
Posted by FAB at 20:38