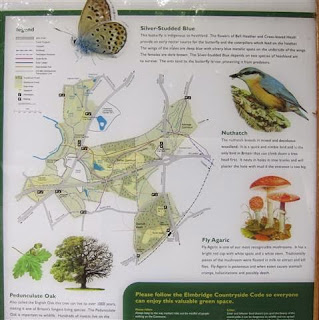 Earlier in the week after an unsuccessful morning search for butterflies around the grassland meadows near home I decided to revisit Esher Common and take a walk to Black Pond.

Anyone who knows me well knows that I have a very good sense of direction even in thick undergrowth! Anyway just to be sure of my route I snapped a picture of the map on the information board with my pocket camera.

Now bearing in mind it was past midday my expectation of finding much bird life was fairly low but at least the walk would give my  legs a good workout.

The muscles were put to good use climbing the steps that led up onto Round Hill where a Squirrel gave me a shifty look from its hiding place before scampering away deep into the woods. 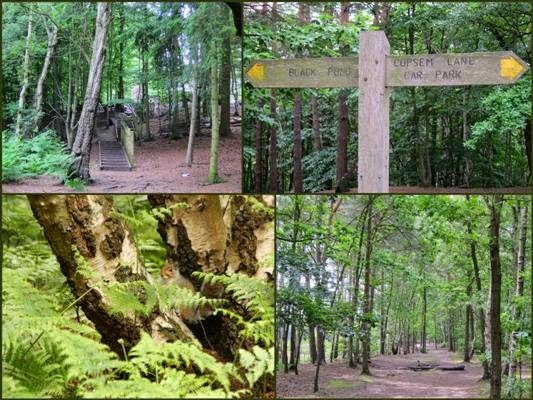 My onward route across the wooded ridge was clearly signposted ... see I didn't need that map after all! 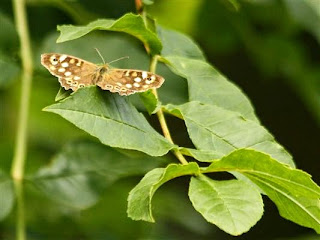 Apart from the constant rumbling noise of traffic speeding along the nearby A3 that borders the common I could just pick out the calls of a Robin, Jay and a Crow while my attention briefly turned to a resting Speckled Wood.
Further along the ridge the view to my left reveals the expanse of  open heathland bordered by blocks of tall conifer plantations. Dropping down off the ridge I reach Five Ways and another helpful signpost and the first of many different styles of seating available for any weary walkers to rest their legs. 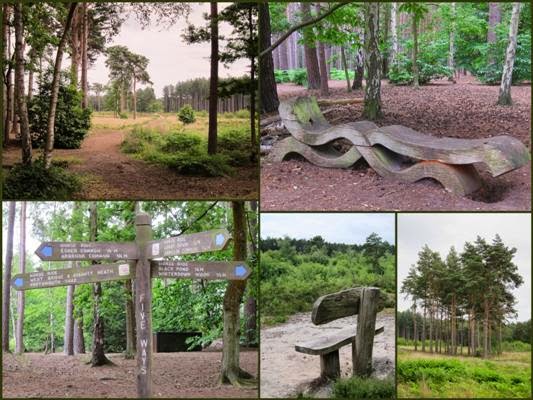 Anyway, no need to tarry, I continue along a track  past another bench and get a glimpse of the pond through the reed fringes where I hear the unmistakeable rhythmic song of a Reed Warbler. While attempting to photograph one of a number of very flighty blue damselflies I miss the opportunity to capture a Common Buzzard flying overhead that was mobbed by a Crow and promptly sought refuge in the closest stand of conifers. 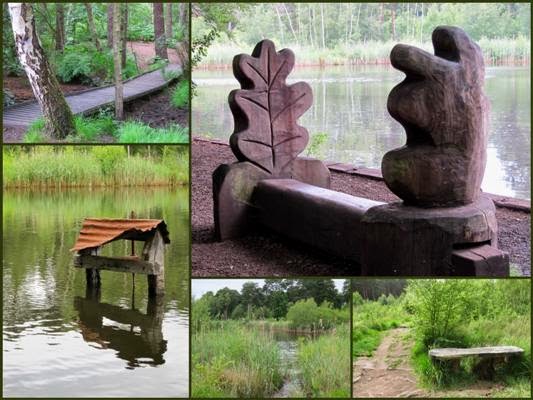 300 years ago this area was a valley mire; a large swamp criss-crossed by a series of streams and ditches. During the 18th century a dam was built and Black Pond was created. I guess it got its name from the boggy, acid soil which colours the water and is inhospitable to all but a few adaptive plants such as the Round-leaved Sundew which feeds on digested insects.

At the pond-side I spied a dragonfly patrolling its territory and heard a Little Grebe call from the far corner of the pond. The other inhabitants were a pair of Mallard, Coot, Moorhen and a pair of Mute Swans that paid me a visit. 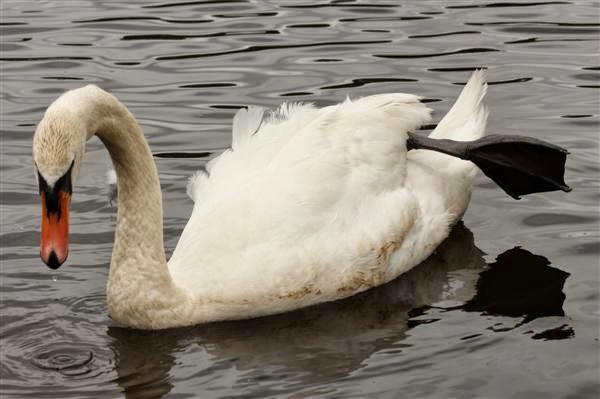 I'm not sure why this Swan had one leg stretched out 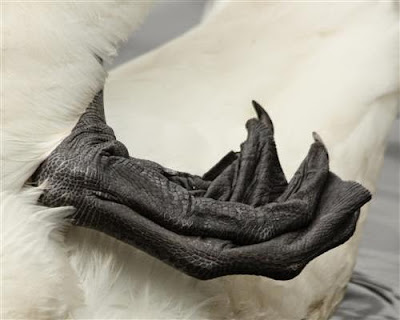 A close up of that webbed foot being retracted. 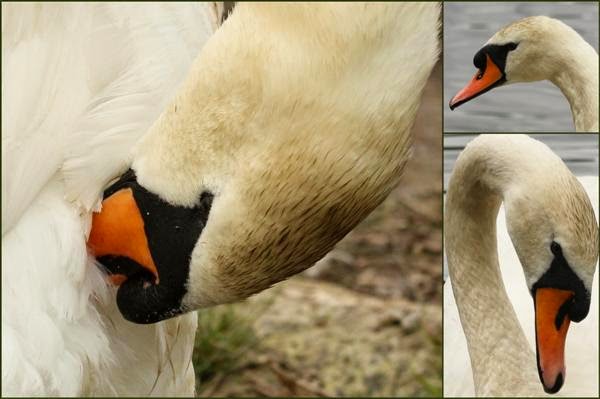 Both the Swans came ashore and after a bit of head waggling decided to commence preening which provided a relaxed interlude for the watcher and his camera. I then undertook a full circuit of the pond but didn't find anything else of interest to post so it was time to retrace my steps back to the car park. 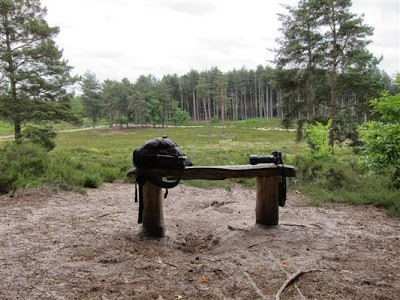 I did however make use of another bench to rest the legs and take in the view.   FAB.