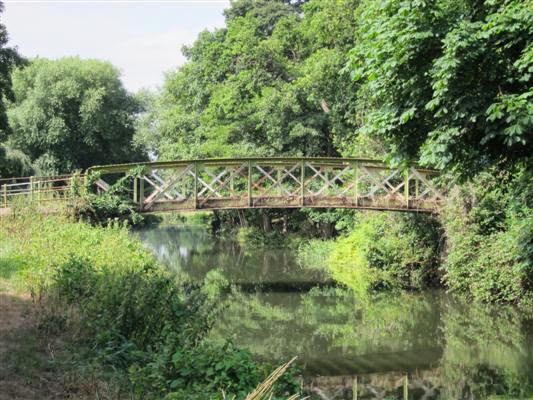 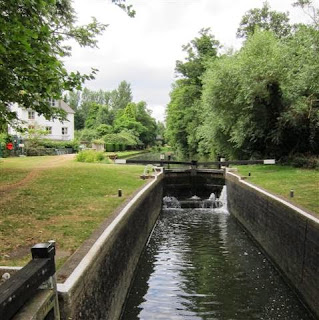 Last Friday morning found me treading the towpath alongside the River Wey Navigation.

As usual  I started from the iron bridge but decided on this occasion to head downstream initially enjoying the shade afforded by the waterside trees as far as the lock with just the sound of water seeping through the upstream gates and bubbling onto the murky depths below.


After crossing the lock my attention was immediately drawn towards an area of brambles, grasses and wild flowers, including Hemp-agrimony and Tansy on which a few butterflies were enjoying the sunshine and nectar. 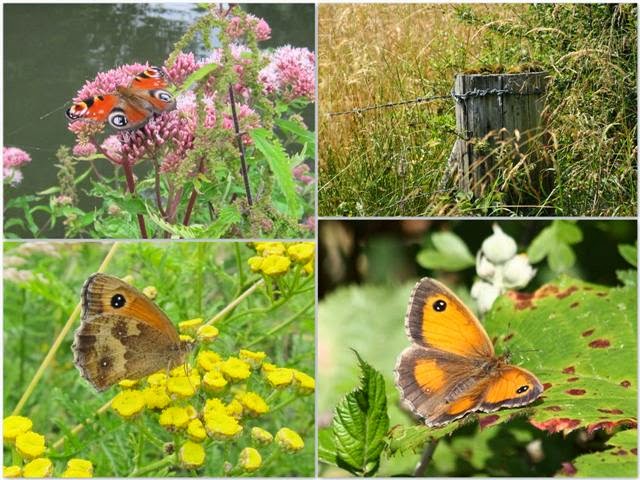 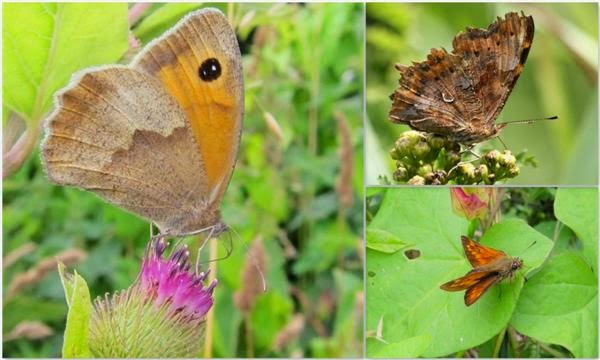 Other species included Meadow Brown, a Comma and Large Skipper.

All along the towpath the waterside plants and grasses were often taller than me thereby restricting any decent views of the water but what did surprise me was the number of male Banded Demoiselles that gracefully fluttered up from the vegetation as I passed by. Throughout just a mile stretch of this waterway I estimated that there must have been over a hundred males but I only spotted one or two females hiding amongst the plants. 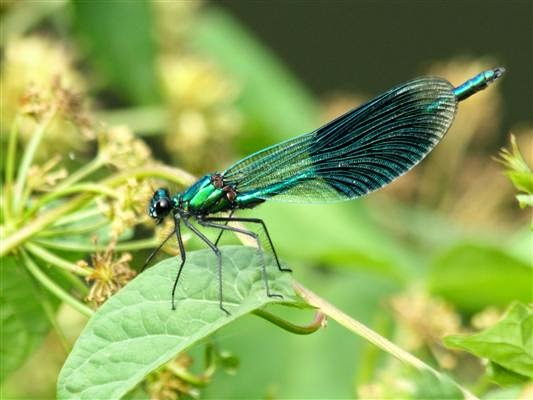 A male Banded Demoiselle (Calopteryx splendens) showing off its iridescent colours; the metallic blue-green body with its very distinctive blue-black wing band. [I will show you some more images in a future post]. 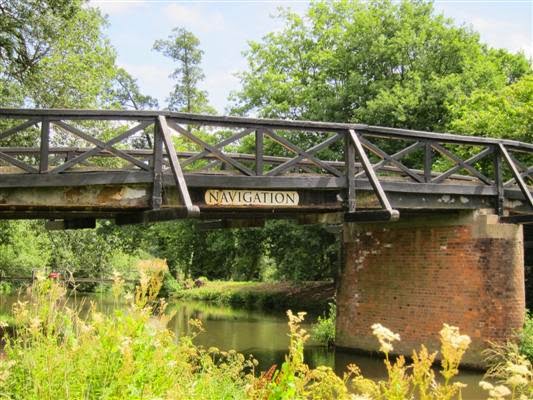 With the sun beating down I was very glad to find some more shade beneath another bridge. 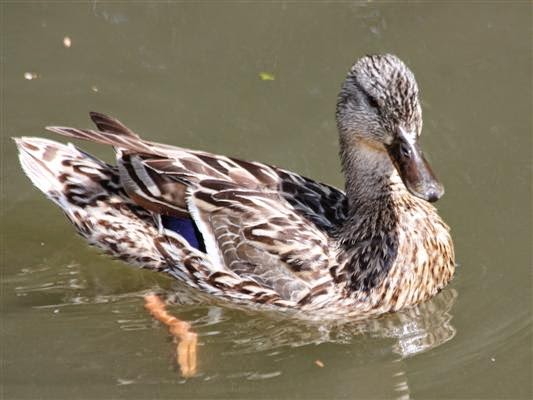 Mrs Mallard drifted silently past me. 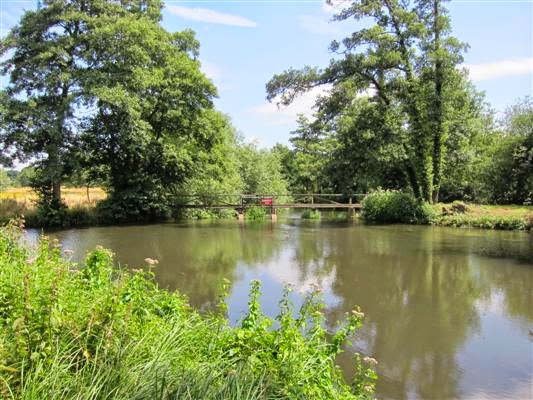 I sat here for some time enjoying just the sound of water tumbling over the weir on the far side of the river interrupted very occasionally by the mewing call of Common Buzzards floating high above their nearby woodland habitat.  FAB.

Linking to Nature Notes.
Posted by FAB at 10:42