Admirals, Fritillary and a rare Emperor.

During a recent visit to Bookham Common I finally managed to grab some images of several butterfly species that can be found in sunlit woodland glades although the numbers on the wing are definitely much lower than this time last year. 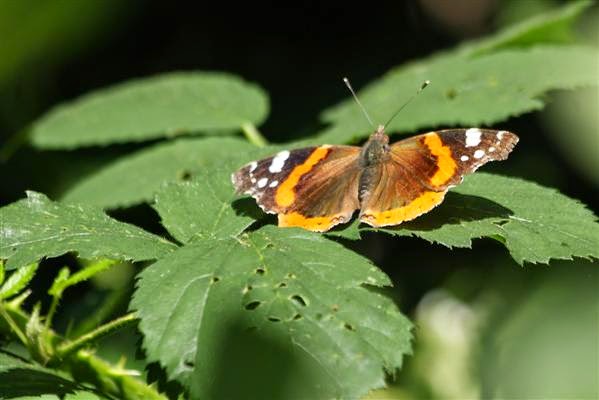 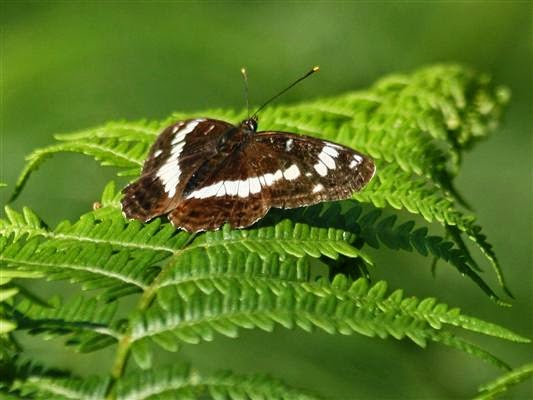 White Admiral (Limenitis camilla)
Although traditionally found in broadleaved woodlands this elegant species is very tolerant of the shade which has helped its expansion into mixed conifer and deciduous plantations. 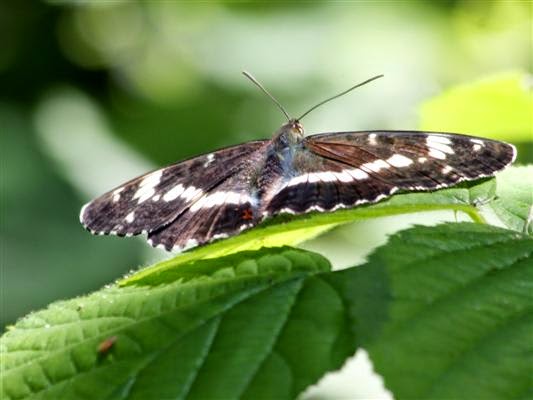 It has a powerful gliding flight and I had to wait a long time for one to come to rest in the sunshine. 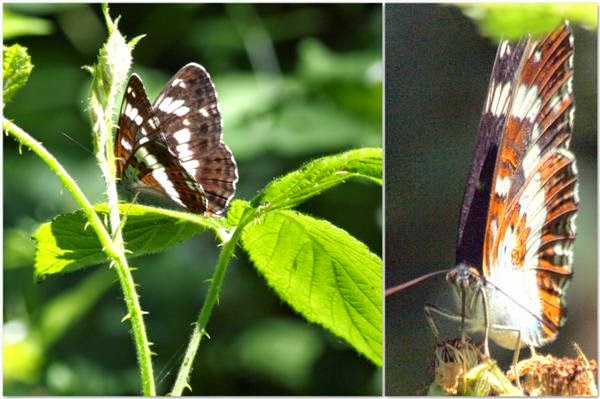 Like many species the under wing pattern and colours are totally different but they never wanted to pose in quite the right place for a clear shot! 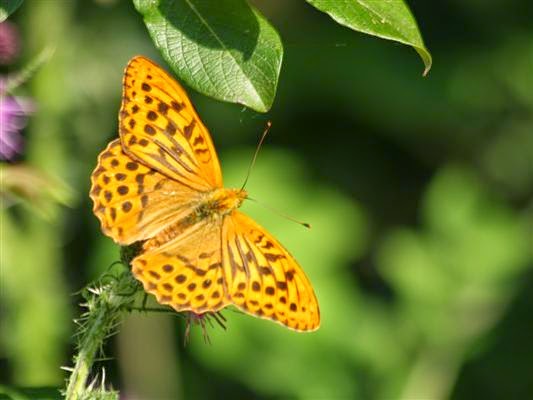 
The males, distinguished by the four bold sex brands along the veins of their forewings, were very active chasing one another hither and thither, while trying to hunt down a receptive female. 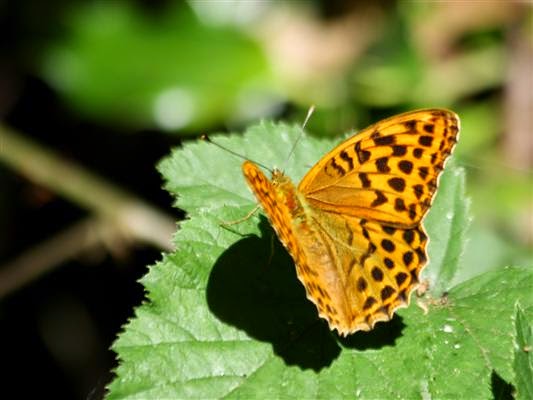 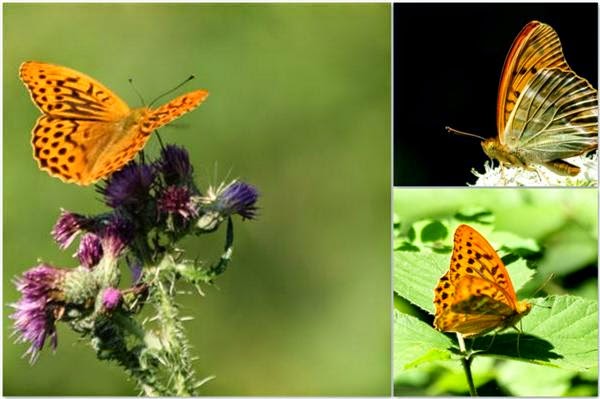 However the highlight of my visit came around midday when I joined two other wildlife watchers and witnessed a number of 'dog fights' between two male Purple Emperors high above the master oak. Whilst I found it too difficult with my limited lens to capture this fascinating activity I did manage to snap a record shot (heavily cropped) of one male perched on the very tip of one of the highest branches. 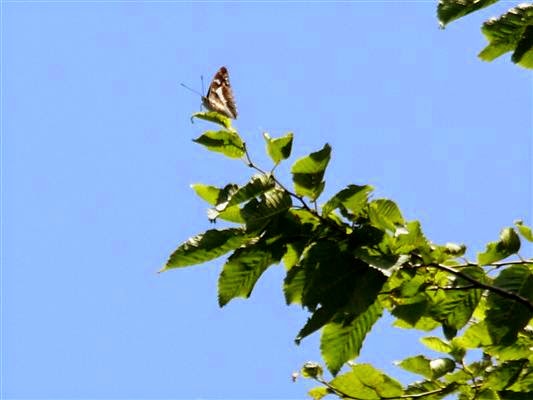