Despite several attempts the male Black Darters (Sympetrum danae) on Thursley Common have been very uncooperative so here are a few images of a female taken very recently. 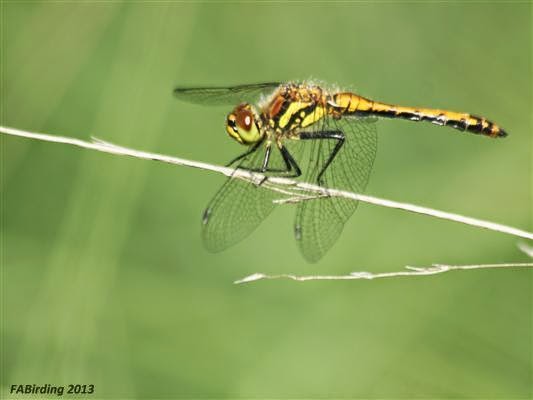 From a distance the female does look very much like other darters but her all black legs, a black triangle on top of the thorax and the very distinctive row of three yellow dots within the black median stripe on the side of the thorax is the best way if identifying this species. 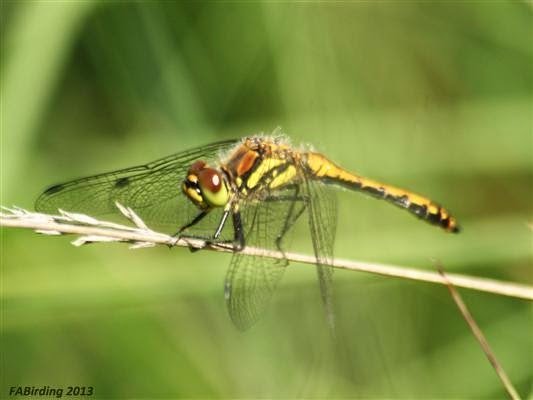 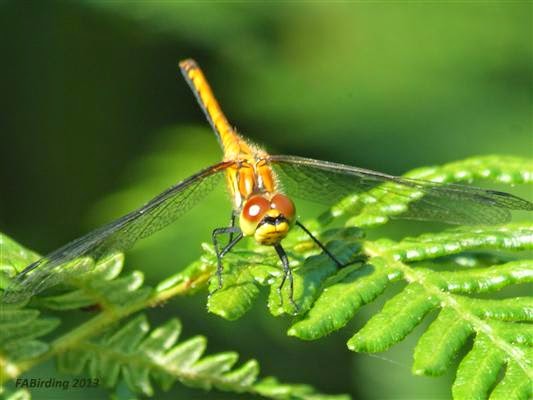 The females are more active during the late afternoon and like this one tend to perch amongst denser vegetation to avoid harassment from the males. This ensures that the females will mate with males that are more accomplished at seeking them out. 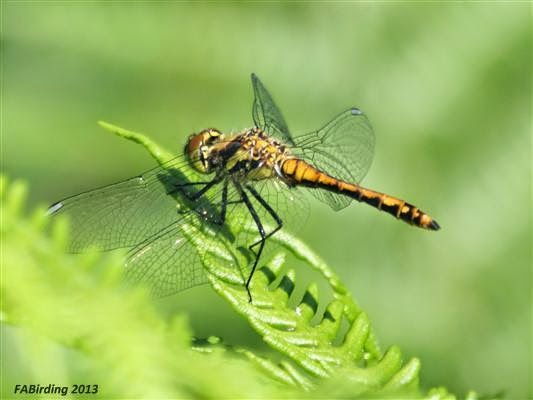 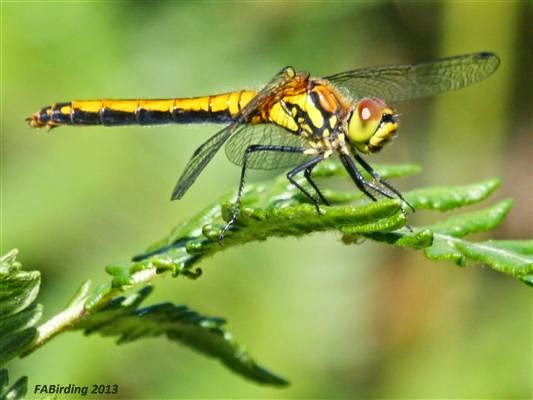