A Wander at Wicken Fen (Part 3)

Continuation from the previous posts ... Early Start in Suffolk and Fenland with friends.

After consuming our late lunch we jointly decided to drive over to Wicken Fen and as I couldn't locate the co-ordinates for Keith to use on his SatNav I offered to lead the way using the back roads ... but was that such a good idea! After a couple of minor routing hiccups we arrived unscathed.


Unfortunately my suggestion to follow a southerly path on the reserve proved to be almost devoid of any avian activity although we did add two Little Egrets and Lesser Black-backed Gull to the day list and then our attention turned to a totally different animal. 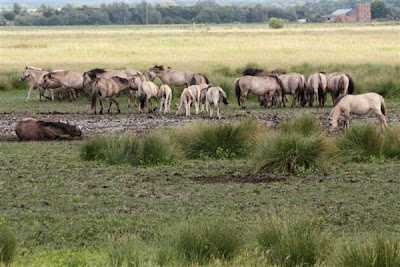 Wicken Fen NNR is one of the last remaining fragments of undrained fenland covering an area of 754 hectares of which the major percentage is former arable land. Ten years ago they introduced Konik ponies (an Eastern European pony breed) and Highland cattle as a means of practically managing the landscape by grazing. They started with six breeding Konik ponies in 2003 and these were supplemented by a further five plus two young males in 2004.

The herd we encountered numbered well in excess of 30 individuals with at least six youngsters born earlier this year. The Wicken Fen Conservation Grazing Project using Konik Ponies and Highland Cattle by Carol Laidlaw (Grazing Manager at Wicken Fen) can be viewed by visiting this link. 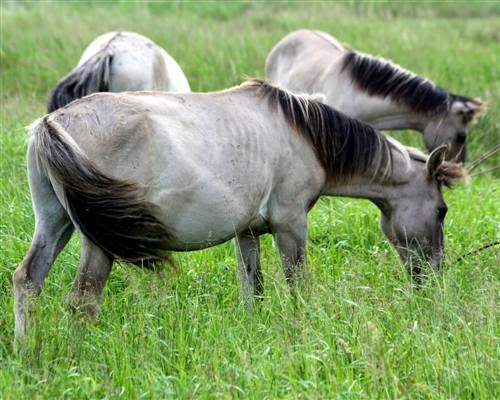 The Konik breed are a very sociable animal. The stallions live alongside other stallions, colts and even geldings without any real conflict. They are free to roam wherever they want although there are some fences to protect specific areas on the reserve. Their diet is rich and varied and they are constantly on the move. The ponies receive very little in terms of management (no hoof care, vaccinations etc.) but their welfare is monitored on a daily basis. Having said this we did spot one youngster lying down who initially didn't appear to be moving and we wondered if it had a problem but after a while there was some movement of its tail and its head .... then after a few more minutes it rose to its feet and joined the herd. 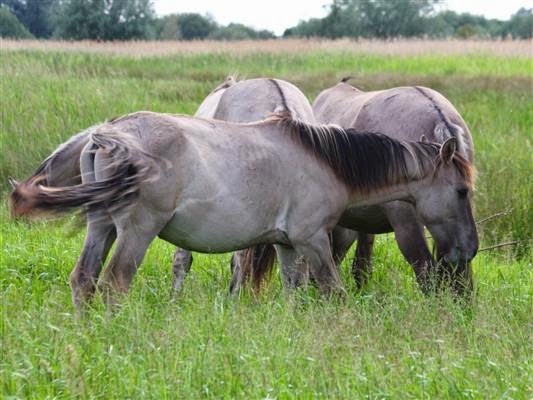 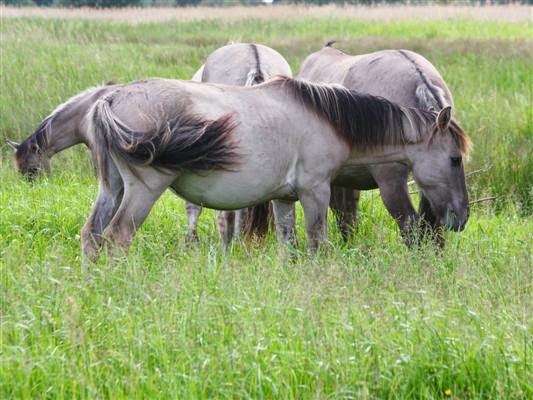 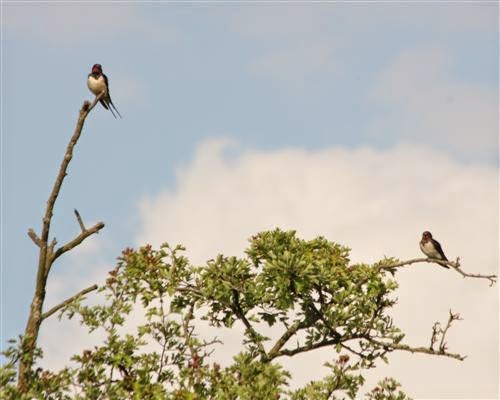 Elsewhere on the reserve we watched this pair of Swallows feeding their nestlings at a nest they had built inside one of the hides. This is also an excellent location to find around 18 species of Dragonflies and Damselflies but I only saw 3 species during our brief afternoon visit .... it was fairly breezy! 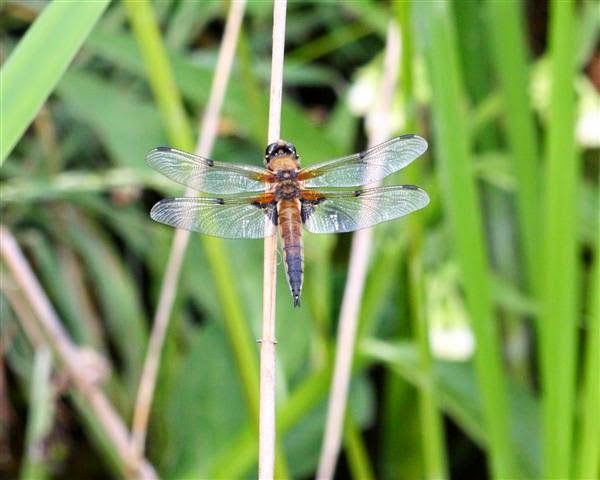 A Four Spotted Chaser took a rest above one of the water channels. 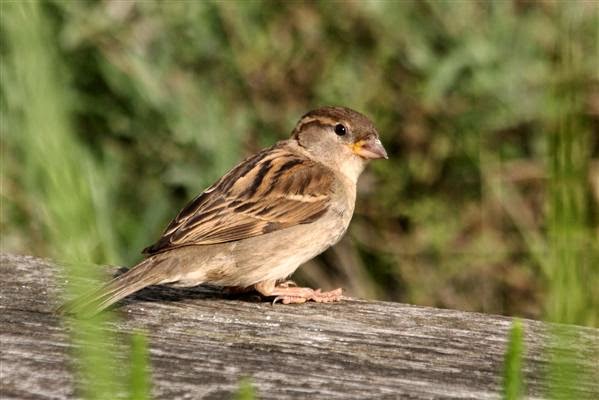 My final photos for the day were this obliging House Sparrow. 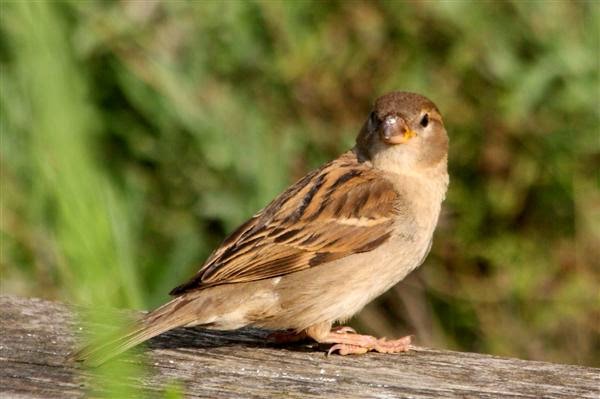 So after ten hours together it was time for me to start my lengthy journey home. On this occasion, the number of species logged during the day was irrelevant, it was the healthy banter in the company of  two other friendly wildlife watchers that made a grand day out. Many thanks Keith and Trevor.  Cheers ... FAB.
Posted by FAB at 22:34