During my waterside wander last week there were one or two white butterflies flitting through the lush green waterside vegetation  but rarely stopping more than a second or so before moving onwards. 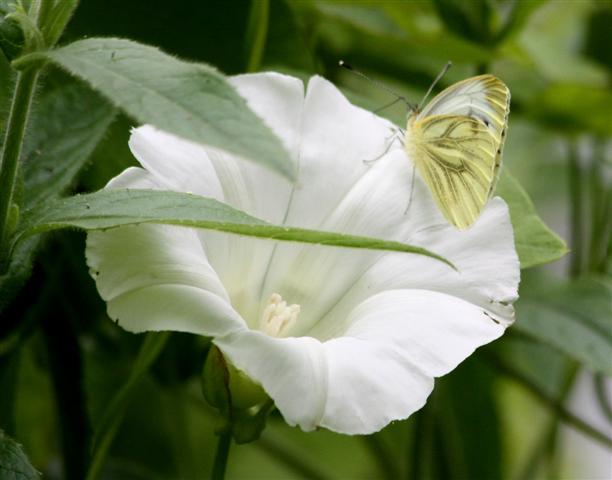 I eventually came across a Green-veined White (Pieris napi) perched in typical pose with wings closed amongst a small patch of bindweed. In the past my attempts to capture any white species have not been particularly successful so I wondered if I might have more luck this time. 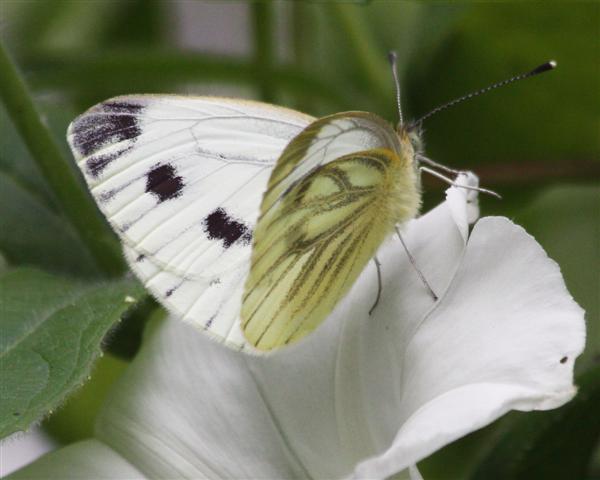 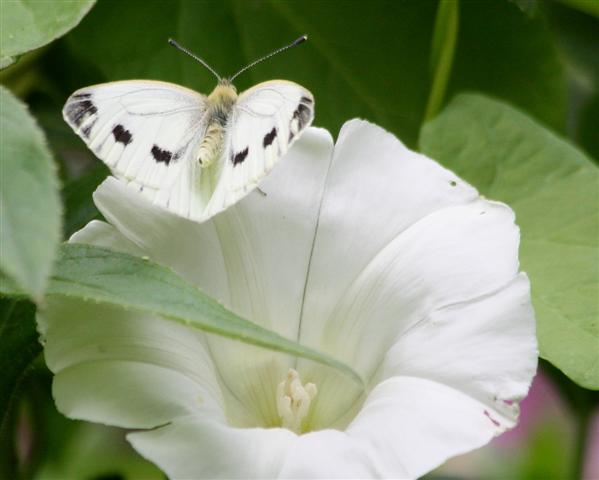 This individual eventually decided to open its wings presumably to soak up what little sunshine was available. 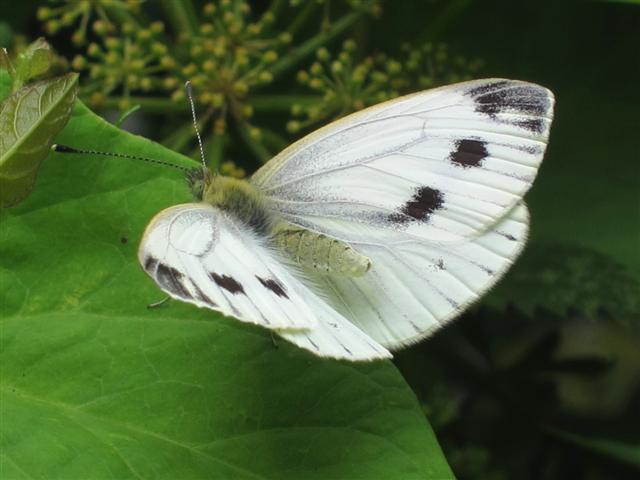 After  moving  around a bit it settled on a leaf, providing a much darker background, so I switched over to the Powershot S95 and grabbed a final shot using the macro setting and managed to get quite close without disturbing the subject. I am slowly getting to grips with the abilities of the S95 and I am very pleased with the most of the results. Now all we need is some sunshine so I can get out and do some more testing.  FAB.
Linking up with Tammy's Photography Spot Behind the Camera # 9