Probably the most common and widespread of our butterflies in the UK  is the Meadow Brown (Maniola jurtina) which has a fairly long flight period with the first males usually appearing from late May, in a single brood, and often seen into early October. 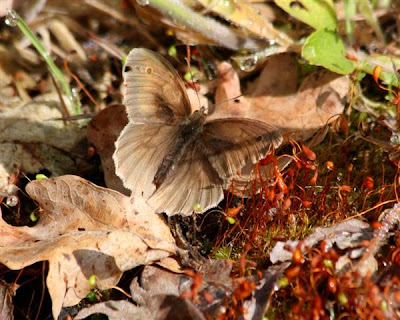 It is one of the few butterflies capable of flying on overcast days and their natural colouration provides superb camouflage from predators when they drop to the ground amoungst the leaf litter. Whilst the sexes are distinct, both having the single spot on each fore wing, [Not to be confused with the Ringlet which has two spots (on the male) and three spots (on the female) on the fore wings] and the amount of orange can be very variable. 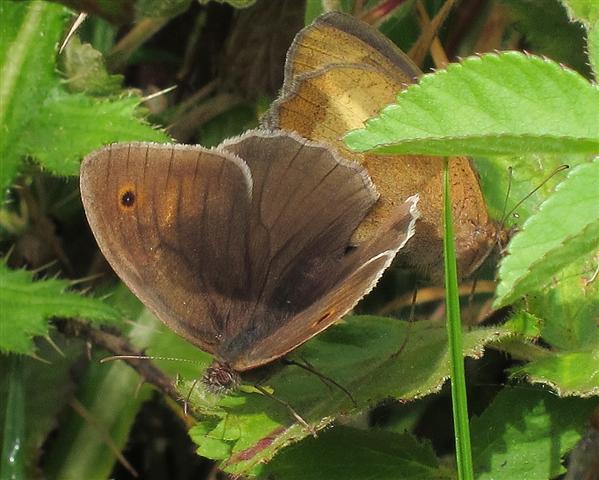 Above is the slightly darker male mating with the lighter coloured female. 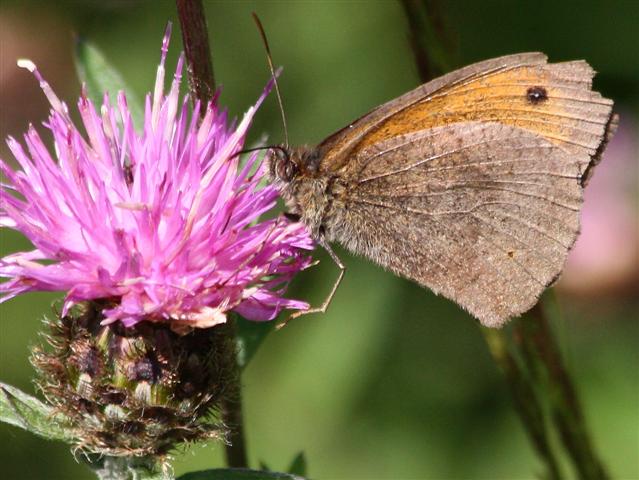 A typical closed wing view of a male showing signs of wear feeding on a thistle. 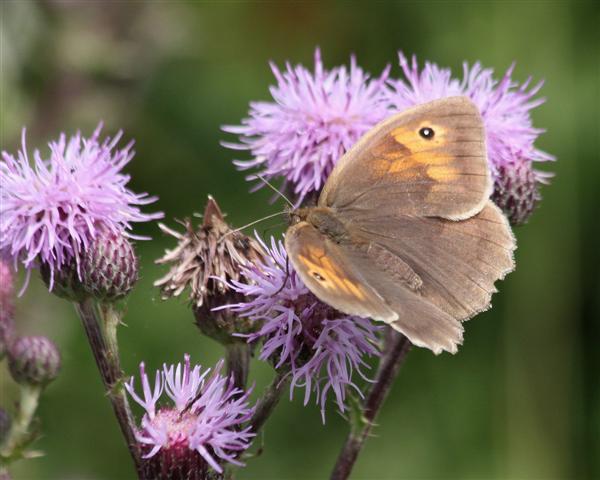 A female showing the distinctive orange patches on the fore wings. 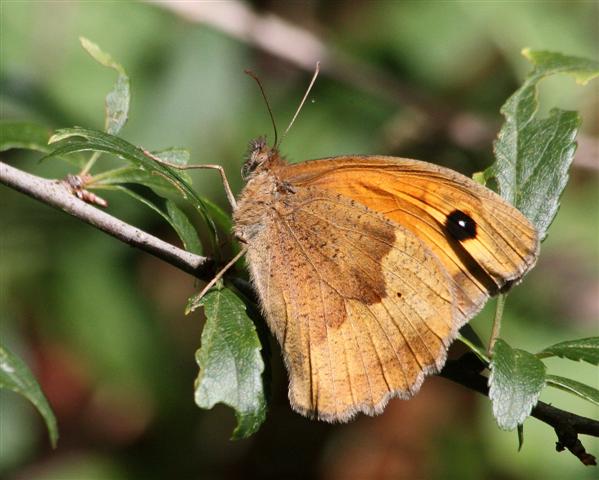 Here we see the much lighter colour and pattern of the under wings of a female. 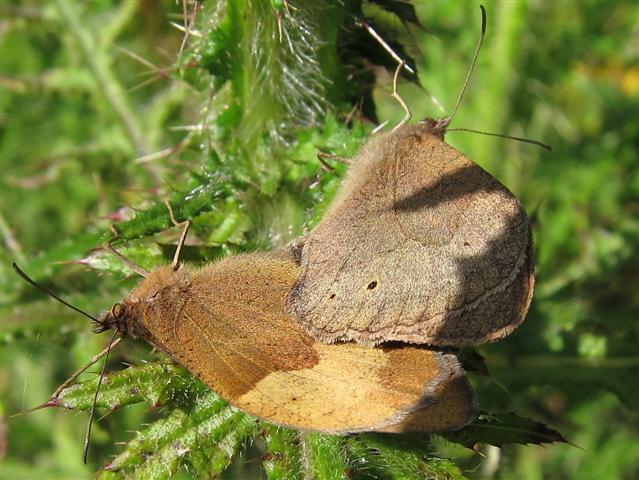 These last two images (taken with the Canon Powershot S95) of a copulating pair clearly show the different colour pattern and shades of brown on the under wings .... the male is much darker with its wings overlapping 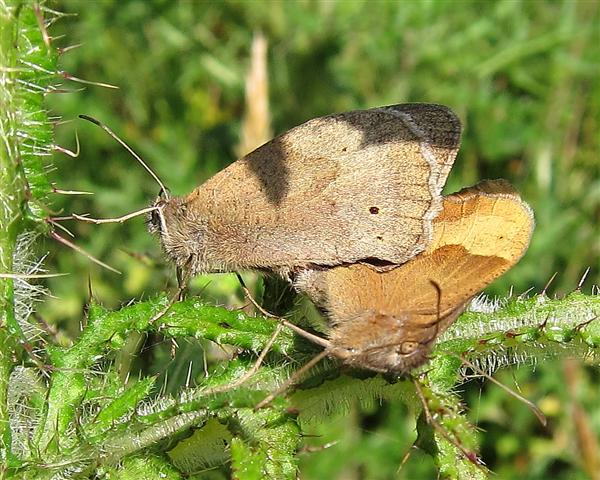