With the sky brightening late morning today I was thinking about going out when movement outside the window caught my attention ..... a number of very small bundles with long tails had descended upon one of the feeders .... unusually for me, the camera was not to hand so I had to go upstairs to recover it .... but would these tiny and infrequent visitors to the garden hang around ..... 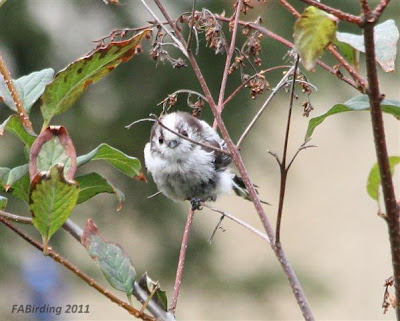 With camera in hand I gently opened the back door and quietly crept out to the edge of the patio while listening to the numerous twittering 'tsee..tsee..tsee' contact calls emanating from various leafy locations around the garden and estimated that around ten Long-tailed Tits (Aegithalos caudatus) had decided to bless me with their presence. 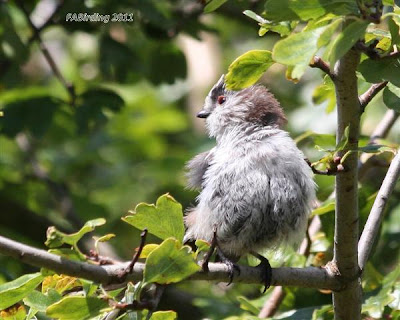 As far as I could determine most of them were juveniles and they constantly flitted from one perch to another as they sought out tiny insects from the foliage in the pittosporum, lilac and hawthorn. 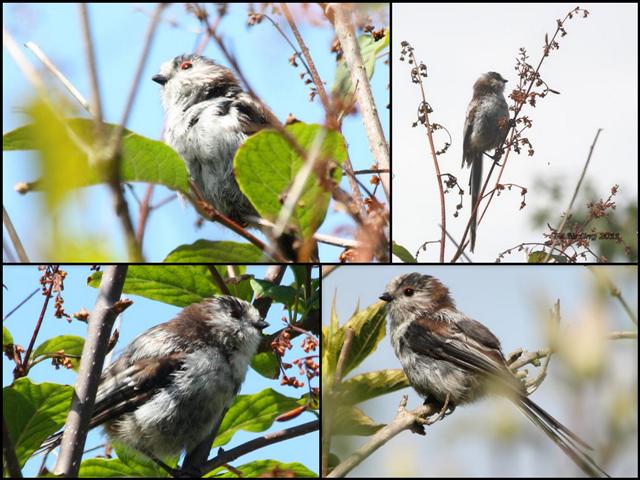 With so much greenery at this time of year they weren't going to make it easy for me to capture their antics but time seemed to stand still as I turned first in one direction and then the other in an attempt to focus on the different individuals. 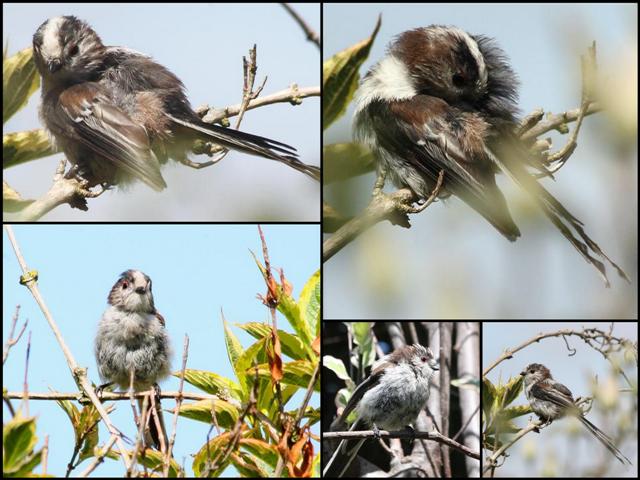 After feeding they all seemed to spend ages preening their shaggy coats. 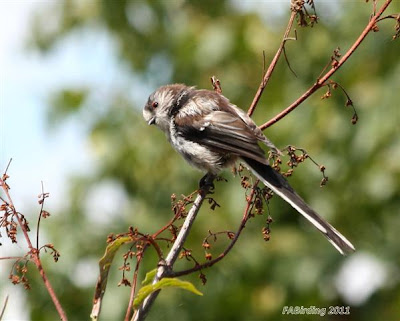 To put their diminutive size into perspective they are only 13-15cm in length including their 7-9cm tails. Their normal habitat is both deciduous and mixed woodland with a well developed shrub layer plus farmland and heathland with scattered trees, bushes etc. Unlike many species the young don't leave the parents' territory at the end of the breeding season so it is quite usual to see a mixed flock of adults and their progeny together with unattached blood relatives of the adult male. As the season progresses it is usually just the females that defect to neighbouring flocks. 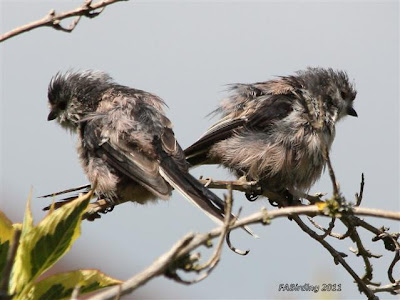 This young fluffy pair decided to perch high up in the open obviously enjoying the brief period of sunshine. 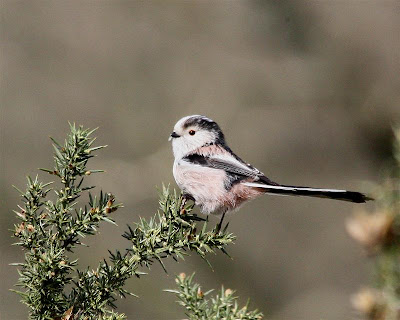 The youngsters will undergo a complete moult into adult plumage before their first winter and eventually look like their parents (see image above that I took on 1st April 2011) with their distinctive black, white, grey and variable pink colours.   FAB.
Please check out WORLD BIRD WEDNESDAY for more glorious images from around the globe.