After the torrential storms on Thursday which flooded our rear garden I anticipated that even beneath a partially sunny sky late on Friday morning the underfoot conditions for my planned butterfly transect walk at Ashtead Common would require waterproof footwear. All the ditches were brimming full of water that was still seeping off the hillside and the main rides were very boggy so the Muck Boots were definitely the right choice. 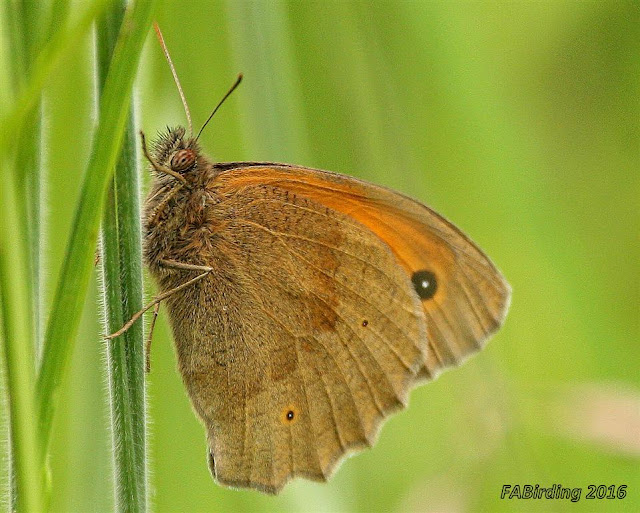 The dominant species recorded was Meadow Brown (17) plus Speckled Wood (2), Large Skipper (5) and a single Red Admiral. As expected, due to the weather conditions, the overall numbers for the last 13 weeks of the survey period are down by at least 15% compared to last year.

Fortunately during my walk there were a few other interesting encounters mainly centered around the very muddy Flag Pond including more sightings of several male White-legged Damselflies, an Emperor dragonfly ovipositing, two male and one female Broad-bodied Chaser plus Blue and Large Red Damselflies. 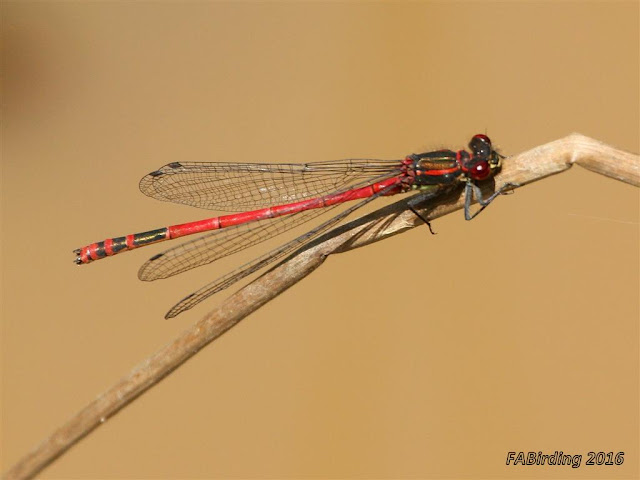 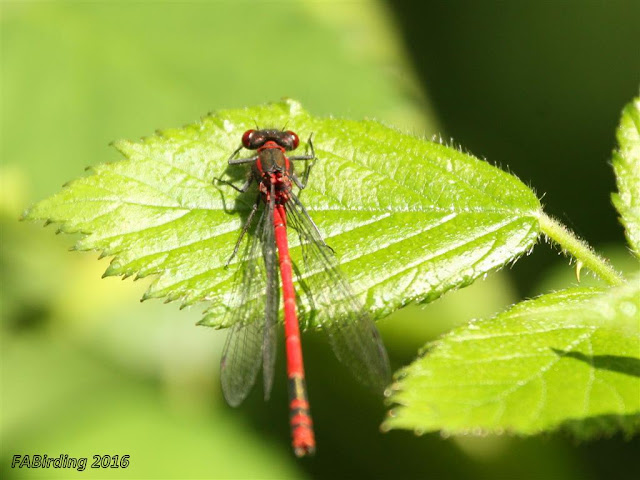 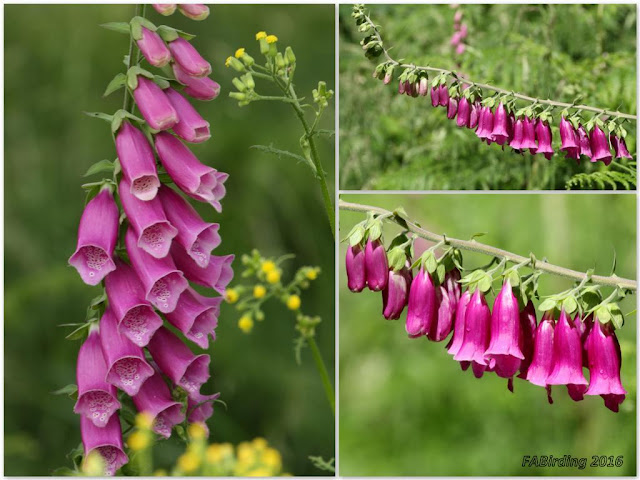 The largest open woodland pasture now has a few clumps of foxgloves but is quickly being dominated by the overbearing bracken but the time I spent here produced a few day flying moth species. 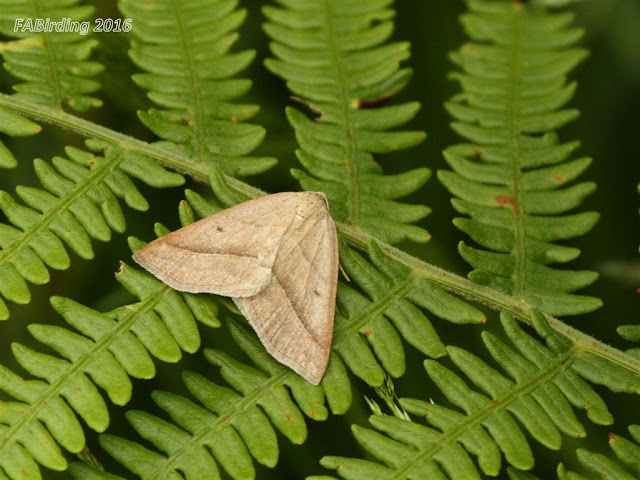 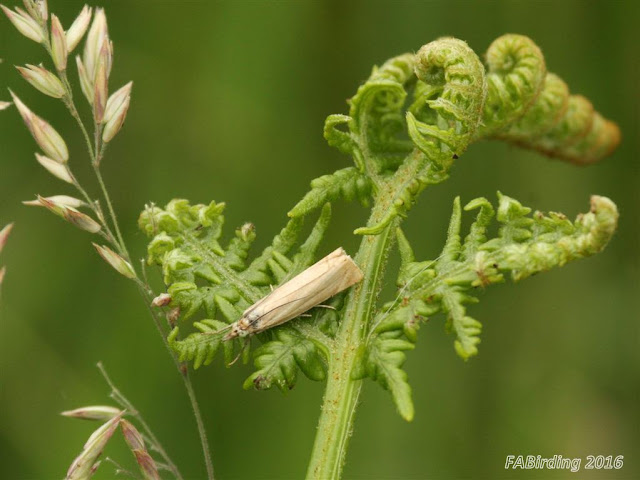 One of the varied number of micro Grass Moths (Crambidae family). 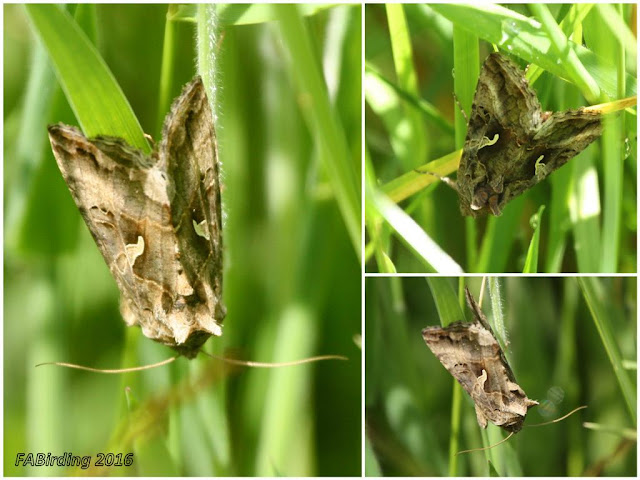 I also disturbed at least half a dozen Silver Y (Autographa gamma) but getting a clear focus deep within their grassy hideaway was a real challenge! 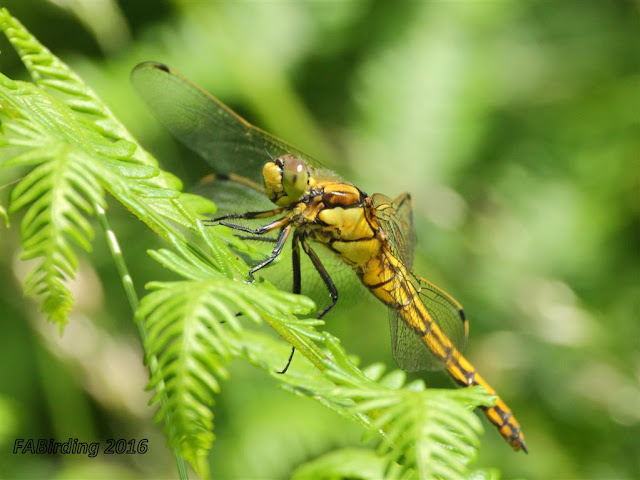 The most unexpected find was this immature Black-tailed Skimmer (above) probably displaced by the windy weather. Below is just one of the five Large Skipper recorded throughout the transect. 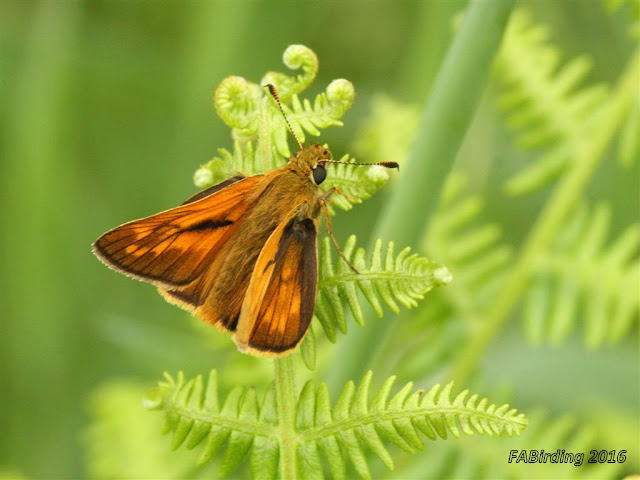 Linking to:
Saturday's Critters
Nature Notes
Through My Lens
image-in-ing
Posted by FAB at 21:44