Alongside the River Mole.

Yesterday I took a very leisurely midday stroll alongside the River Mole on the outskirts of Leatherhead and eventually found a spot overlooking the water and fields to sit and soak up the peace and quiet. 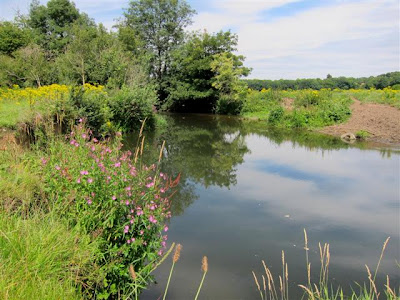 A Grey Heron flew out across the meadow and a pair of Common Buzzards playfully flew overhead but too distant for a shot. On two separate occasions I heard the distinctive short sharp whistle call of a Kingfisher and then a blur of dazzling blue flashed by. I have seen Kingfishers along the R.Mole many times but never close enough for a really decent perched shot (they usually fly away while I'm trying to focus!) so I didn't have any expectation that one might stop by ... but you never know. So I sat patiently while other wildlife flitted around me including a Brown Hawker that also failed to rest during its continuous territorial circuits. 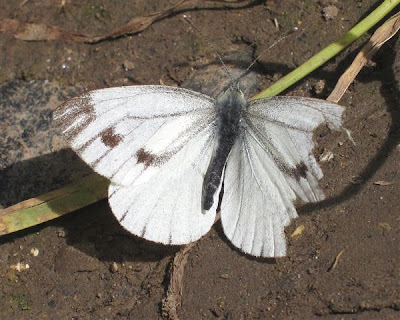 A very tatty White butterfly was taking a sip from the damp pathway. 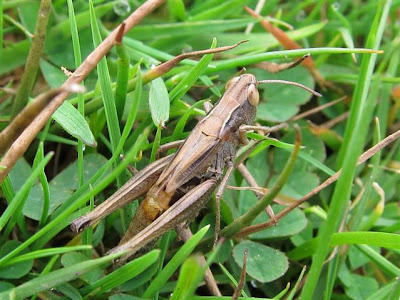 A Grasshopper (not hopping for once) kept me close company for a while. 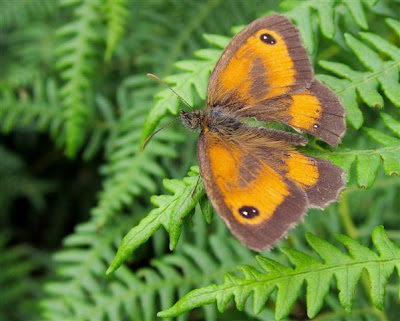 A Gatekeeper rested on the neaby ferns ... soaking up the sunshine. 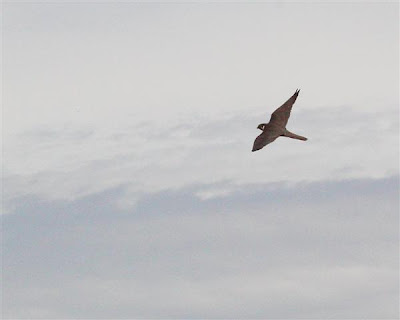 A Hobby took me totally by surprise as it dashed down river and headed somewhere to hunt for its lunch and then while watching a Moorhen in the shows of the overhanging vegetation on the far side of the river I noticed a blob of colour amongst the branches ..... the Kingfisher was resting briefly in between its sorties. 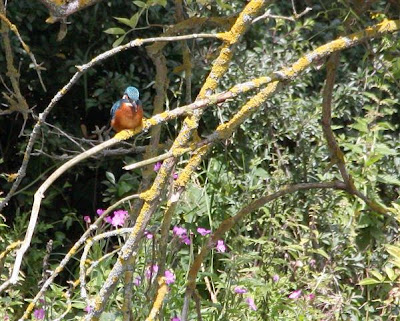 I crept a little closer and managed a couple of record shots (both cropped) as the Kingfisher watched for any movement in the water before disappearing once again downstream. 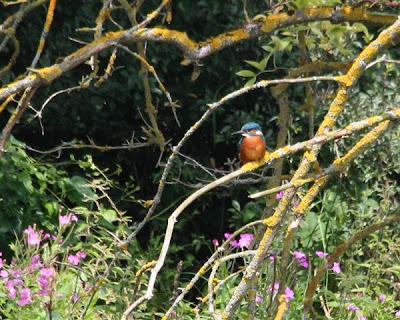 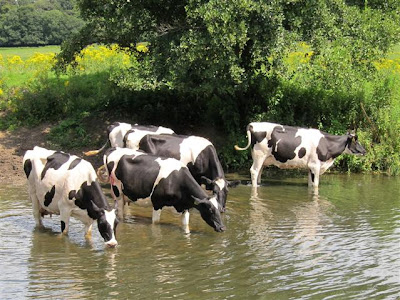 When the cows trundled down into the water and disturbed the peace and quiet I knew it was time to head home with just the sounds of Jackdaw, Green and Great Spotted Woodies to keep me company.  FAB.
Posted by FAB at 20:08