The first was to Mitcham Common, a previously unvisited location for me. The original oak woodland was cleared with the arrival of early Neolithic people, and subsequently kept open and infertile through agricultural practices such as grazing. Due to the nature of the underlying gravels, the inherent soil is largely acidic and infertile. In the early 19th Century the gravels were extracted for road building leading to the creation of Seven Islands Pond amongst others. During the 20th century some of the ponds created by gravel extraction were filled in between the wars and ploughed for agriculture to aid the war effort. Also during the mid to late 1900s areas were used as landfill for inert waste. This destroyed parcels of valuable wet habitat, and irrecoverably altered the hydrology and topography of the Common, now a mosaic of grassland, acidic heath and pockets of mixed woodland.

The leader was Malcolm Bridge and during a two hour stroll the group saw 14 species. Part of our time was spent searching for a rare species, the White-letter Hairstreak, in a small area containing a few young Elms. I managed a brief glimpse of a perched individual through my bins before it disappeared into the high canopy. 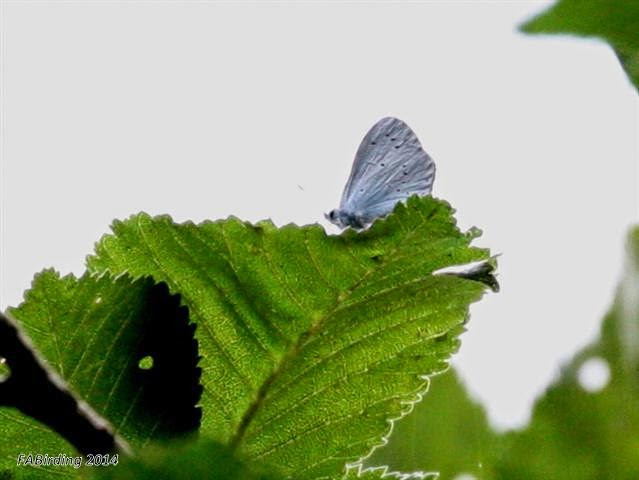 For the next 20 minutes or so the group scanned the canopy often suggesting that they had a number of brief sightings but when I took a few shots of a wing above a leaf some 40 feet overhead it turned out to be a Holly Blue! 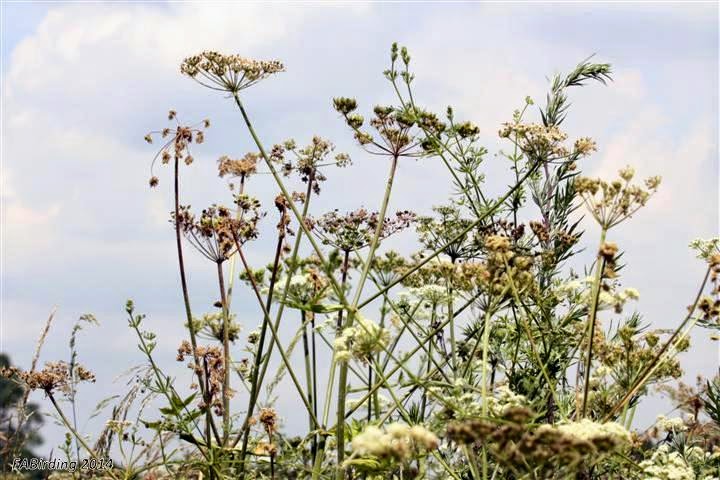 After the walk finished I took a stroll around the grasslands behind the Mill House Ecology Centre and added Small Copper and several Marbled Whites to my list. 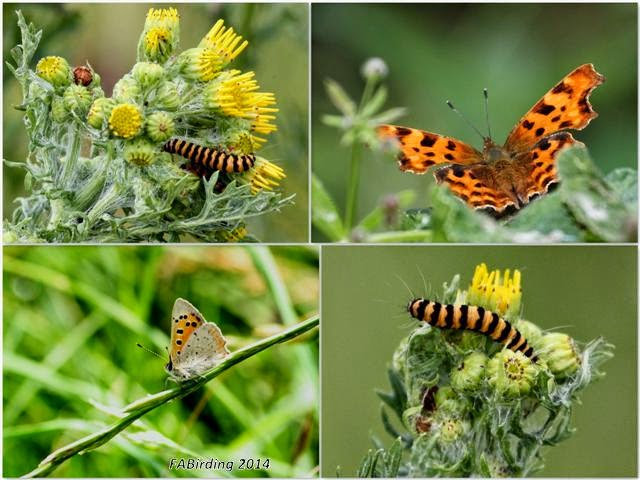 The second walk was led by Francis Kelly at Whitmoor Common which comprises a series of sandy heathland pockets surrounded by woodland. The commons were once grazed by the commoners' stock which helped maintain the open aspect but since the cessation of these rights and traditions, the commons have increasingly become prone to afforestation by the natural invasion of Scots pine and silver birch. 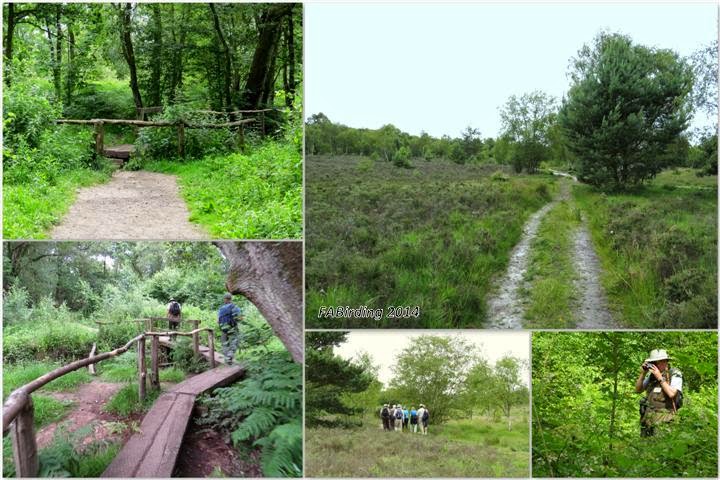 A large pond in the centre of the common is a major focus for dragonfly activity in the area, with 19 species being recorded in or around the vicinity of the pond itself.

I recorded Emperor, Four-spotted and Broad-bodied Chaser, Black-tailed Skimmer plus Common and Azure Damselflies. Downy Emerald is another specialist species found here .. typically found in the shaded areas under overhanging vegetation, but not seen on this occasion. 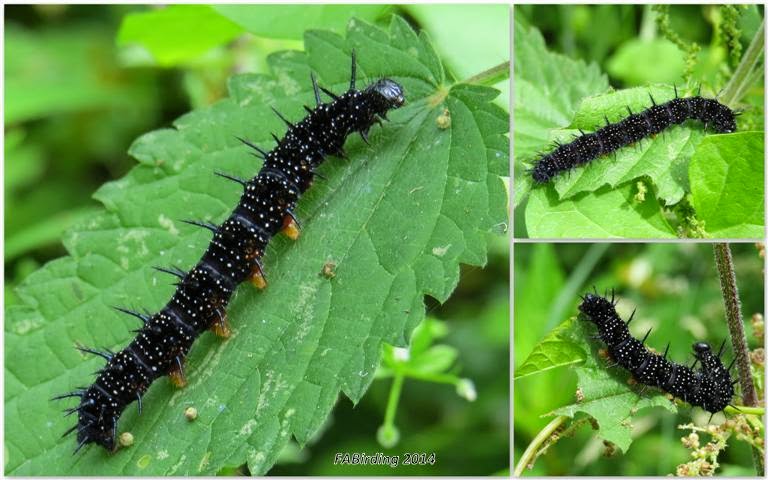 In the woodland caterpillars of the Peacock butterfly were busily feeding on Common Nettle, their main larval food-plant . 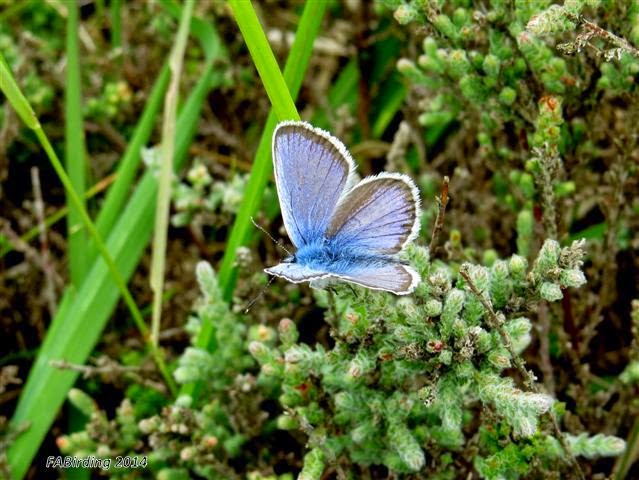 The main attraction out on the open heath was the tiny Silver-studded Blue. I had previously seen this species on Thursley Common but was hoping for some better images

My first sighting was a dark brown female who wouldn't stop for a photo call and then a handful of males were spotted during our lunch stop and one individual basked long enough for a few shots. 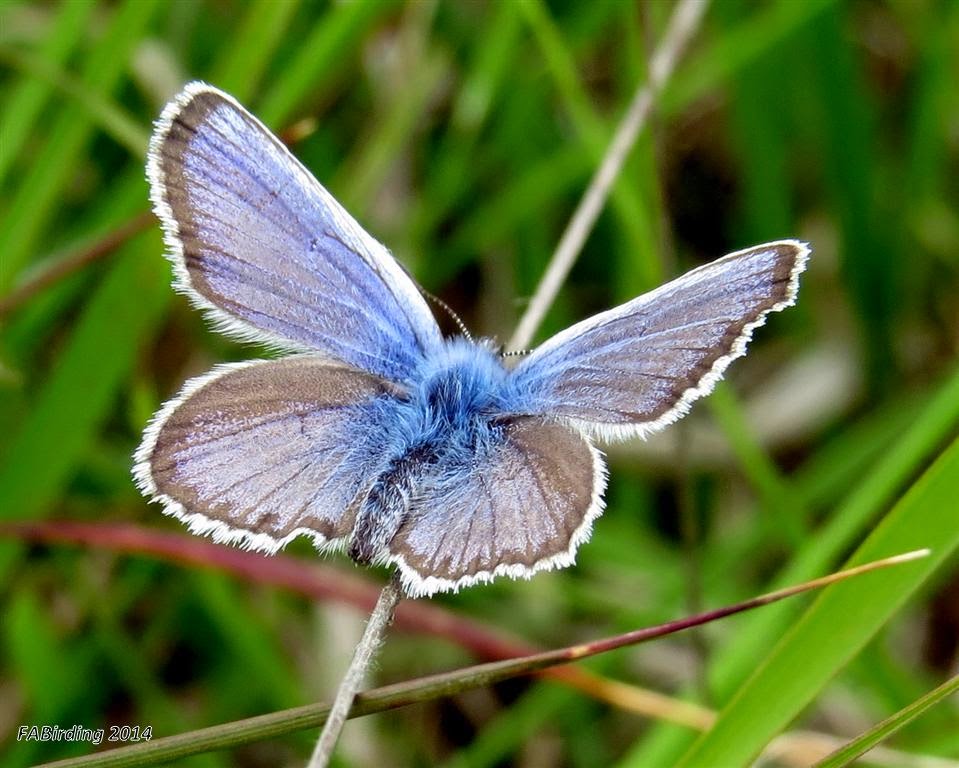 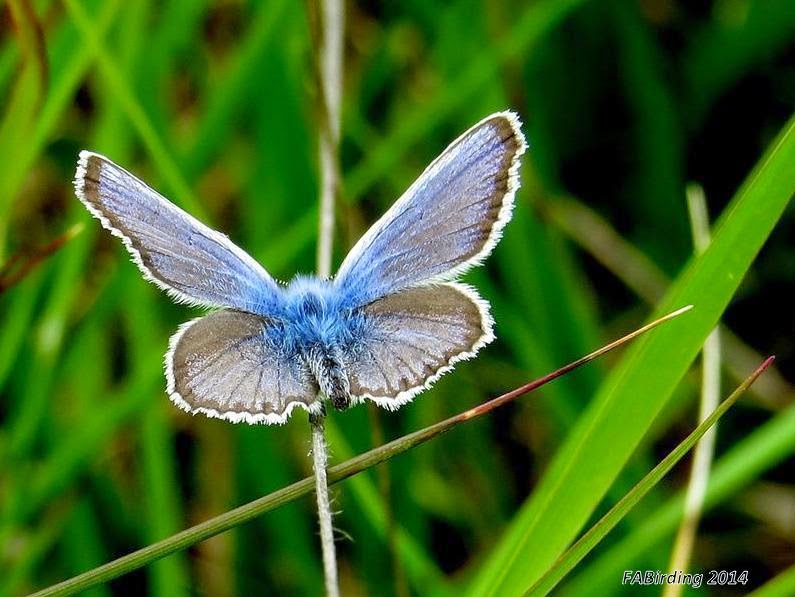 I logged 16 species throughout this walk but I believe the groups total was probably higher. I might join a few more of these field trips over the coming weeks if only to improve my knowledge of the different butterfly habitats and the chance to add to my image portfolio.   FAB
Posted by FAB at 21:20