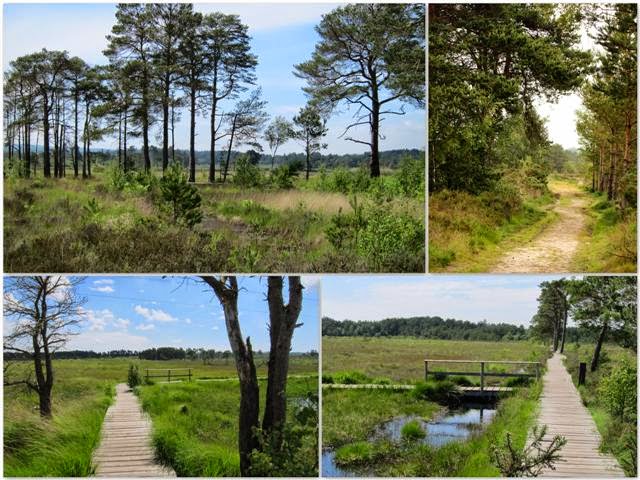 On Monday I paid another visit to Thursley Common with the faint hope that I might add something to the year list. A male common Redstart was singing from atop a tall pine as I followed the entrance track. 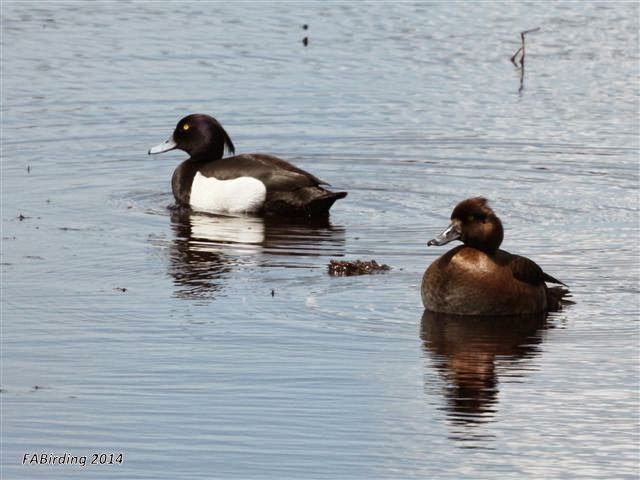 The pools were very quiet with a few Tufted Ducks lazing around so I decided to head onto the heath in search of an elusive Dartford Warbler and failed even to hear one! I did however enjoy the company of  singing Wren, Linnets, Stonechat and Meadow Pipit plus two high soaring Common Buzzards followed by a tantalizing brief glimpse of a Hobby as it disappeared behind a large stand of pines but surprisingly no hirundines in the sky. A few other things caught my eye including lots of day flying Moths and the Orchids popping up everywhere. 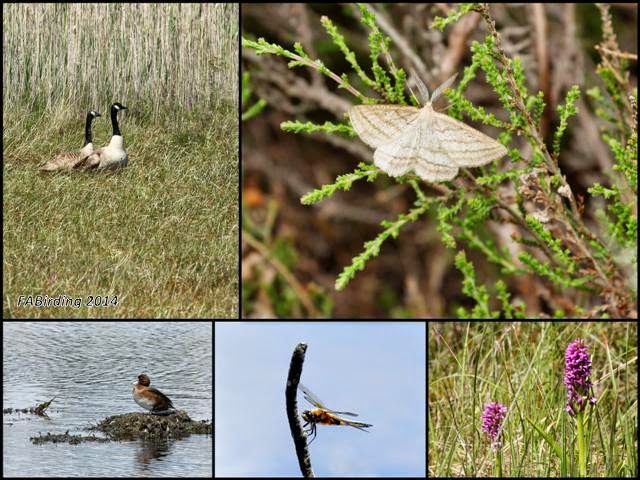 On returning to the pools I was amazed at the numbers, probably triple figures, of Four-spotted Chasers dashing hither and thither across the surface and this boded well for another, hopefully closer, sighting of any hawking Hobby. 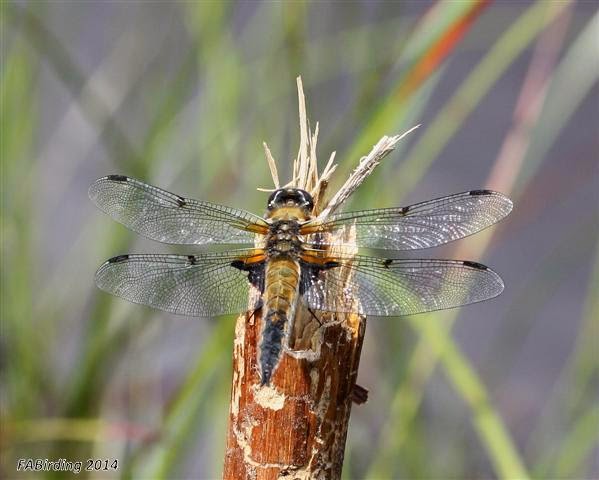 Fortunately one Four-spotted Chaser decided to take a brief rest close to the boardwalk making my life easier than trying to focus on a fast flying body over the water. 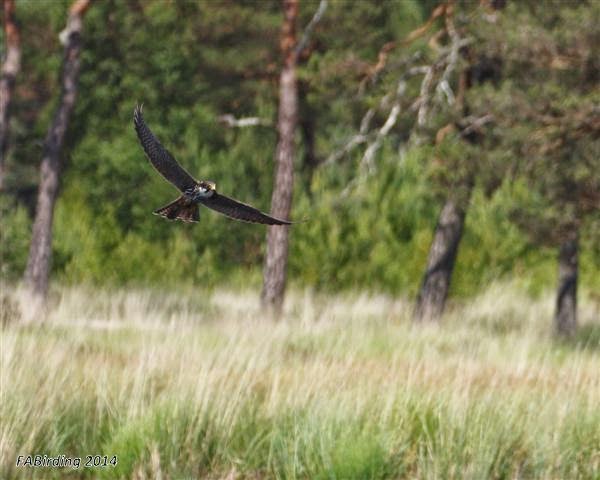 Then a Hobby appeared flying fast over the marsh and before I could adjust the camera settings it gained height rapidly and soon became a speck in the sky. 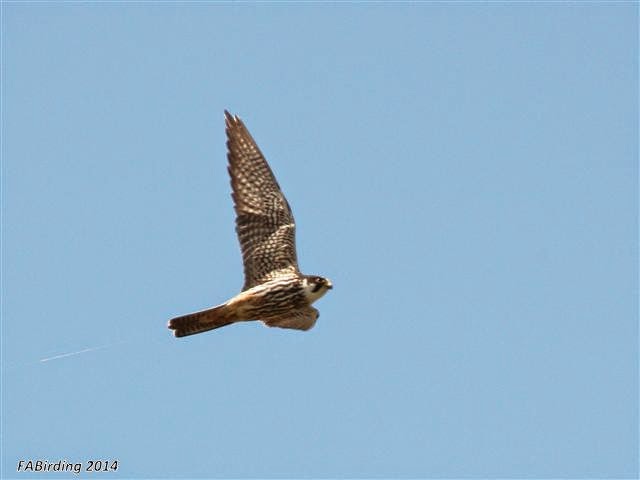 I hung around for about an hour and whilst it reappeared on several occasions again briefly at low level most of its dragon hunting was done high up in the blue so just a few cropped shots available in the following collage. 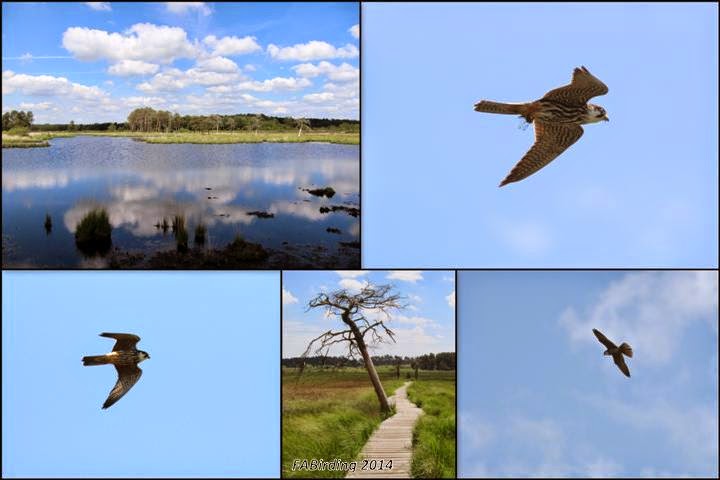 I enjoyed the spectacle of watching this consummate avian hunter grabbing and then consuming its prey on the wing whilst looking for its next quarry.  FAB.
Posted by FAB at 23:50