Continuation from previous post .....
After disappearing for an hour or so the young urban fox returned but this time I was actually in the garden doing some weeding and the camera was close at hand. It casually walked across the border and decided to lie down behind a bare stem as if trying to hide! 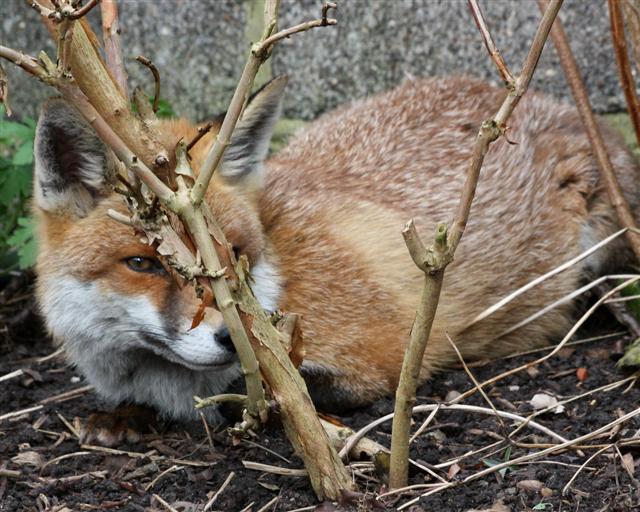 As I tried to get a better view my movements were closely monitored but this creature seemed totally unfazed by my reasonably close presence. 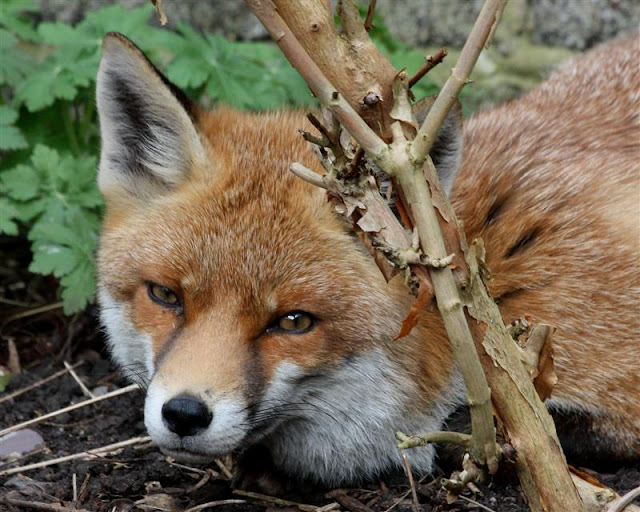 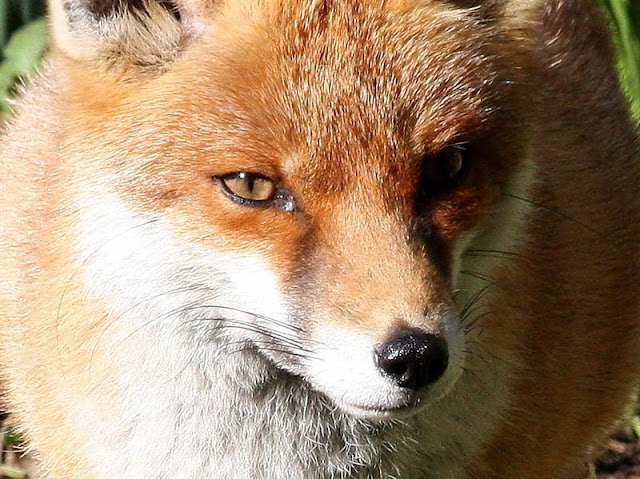 It eventually moved further in amongst the limited foliage and laid still for a while before slowly taking its leave and disappearing through the hedge. 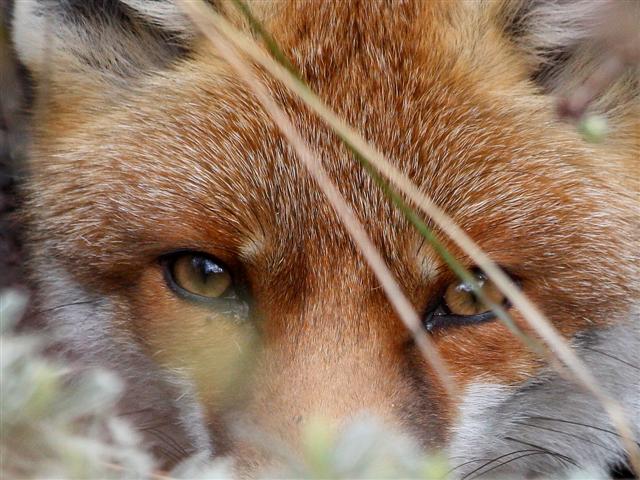 Just another magical wildlife encounter.   FAB.
Posted by FAB at 22:49