On Wednesday I accepted an invitation from a friend and ex work colleague who I haven't seen for two years to go to Kent and hopefully see and photograph a rare butterfly. So after a 100+ mile road journey I picked David up from his home and we headed off to East Blean Woods. It was a glorious sunny day with the temperature slowly rising and so was my anticipation of seeing this sedentary flutter that only flies in such conditions.
A slightly muddy walk into the wood to a semi sunlit glade and my first sighting was a perched individual .. 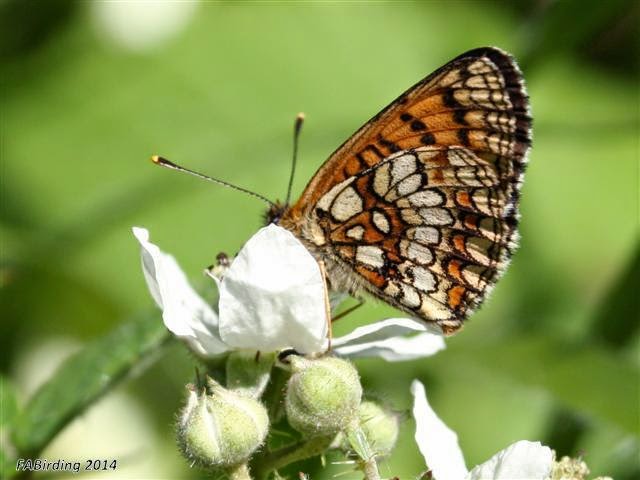 .. a Heath Fritillary (Melitaea athalia). What a fabulous under-wing pattern. 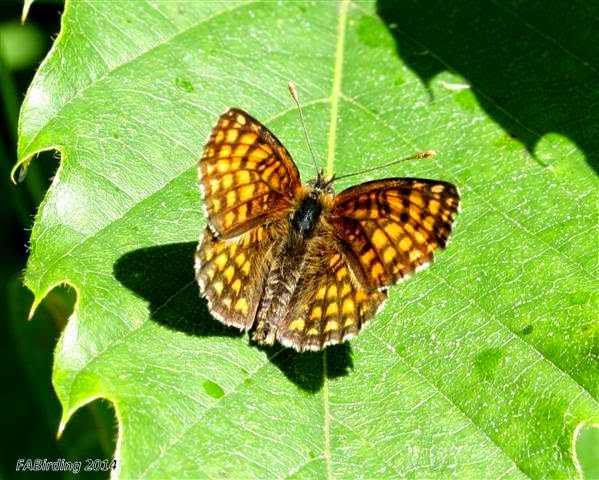 Over the next hour or so the numbers of these delightful butterflies flitting around our feet, rarely flying higher than our knees, increased to 30+ but unless they were are occupied by procreation they only perched very briefly and not often with their wings open so patience was definitely the order of the day. 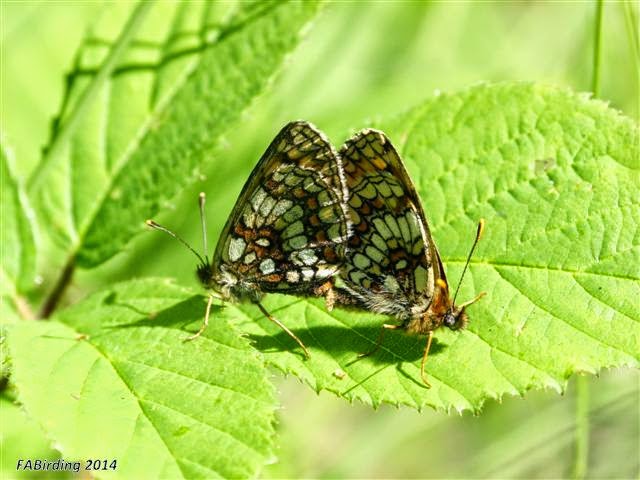 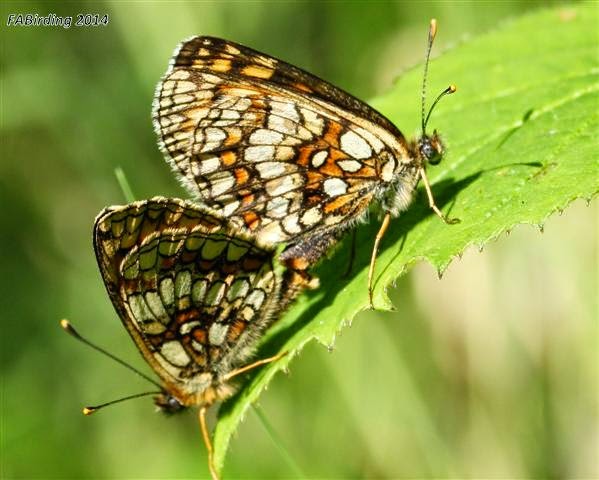 This rare species is traditionally only found in in the south-east in acid woodlands where it prefers newly coppiced areas (giving it its nick-name, the Woodsman's Follower) containing an abundance of its primary food plant, Common Cow-wheat (Melampyrum pratense). Due to its very limited distribution in Kent, Essex, Devon, Cornwall and Exmoor it is a high priority species and were it not for conservation efforts over the past two decades it would certainly now be extinct in England. 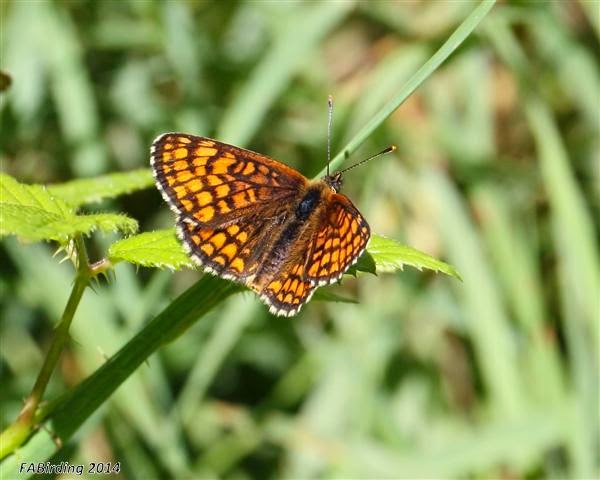 As you can imagine I was absolutely delighted to have witnessed this flutter for the first time. 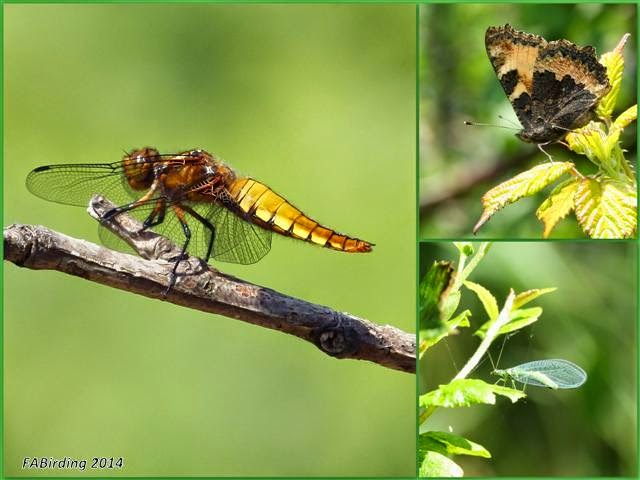 
We then left the shaded woodland habitat and drove over to Grove Ferry in the Stour Valley and undertook a walk around the reed beds in the very hot sunshine.The avian activity was pretty sparse probably due to the rise in temperature and we both commented on the distinct lack of any hirundines in the sky. 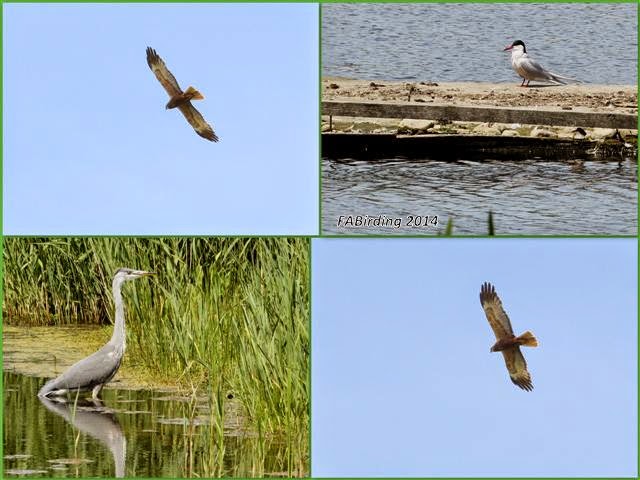 From two of the hides we had decent views of Marsh Harrier, Common Tern and a juvenile Heron.
All in all an excellent excursion into Kent ... many thank David and I hope it won't be so long before we see each other again.  FAB.

Linking to Saturday's Critters hosted by Eileen.
Posted by FAB at 22:11