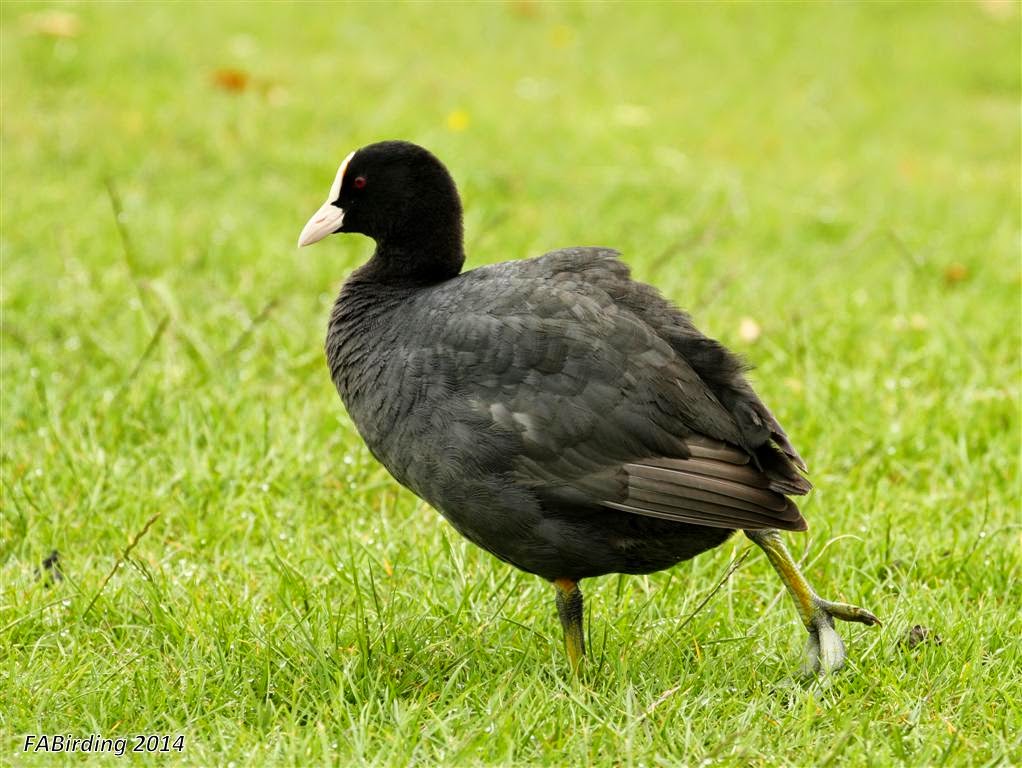 To the uninformed with its habit of swimming around on the surface of open water and diving to reach its food, it is easy to understand why many assume the Coot (Fulica atra) is some sort of duck. 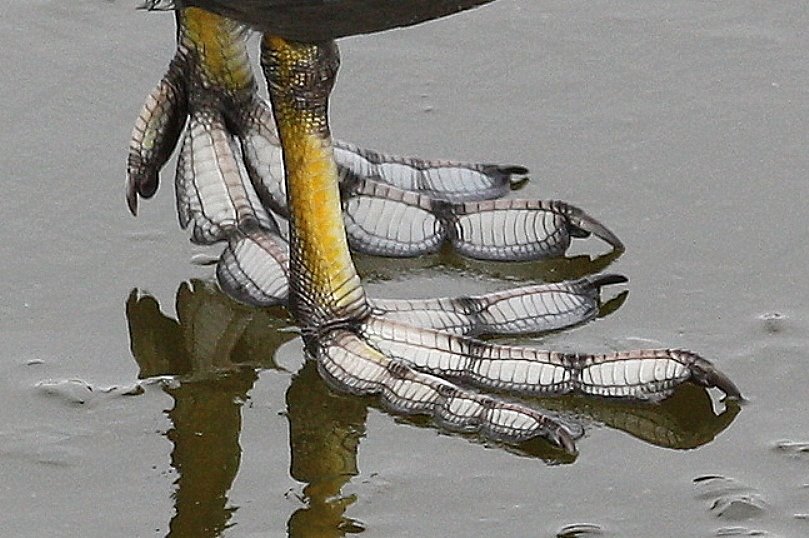 However a quick look at those long legs and large, individually lobed feet (rather than webbed), designed for walking, running and even sprinting, mean that this is a member of the Rallidae family.

Unlike a duck, the Coot is able to spread it weight and can be seen walking over floating vegetation, including water lilies and in this instance it was 'walking on the water'.

Most rails are shy, retiring and therefore often difficult to see but the Coot is fairly tame, numerous and more often than not very noisy - uttering short-tempered "kut" calls plus other clucks and discordant noises. 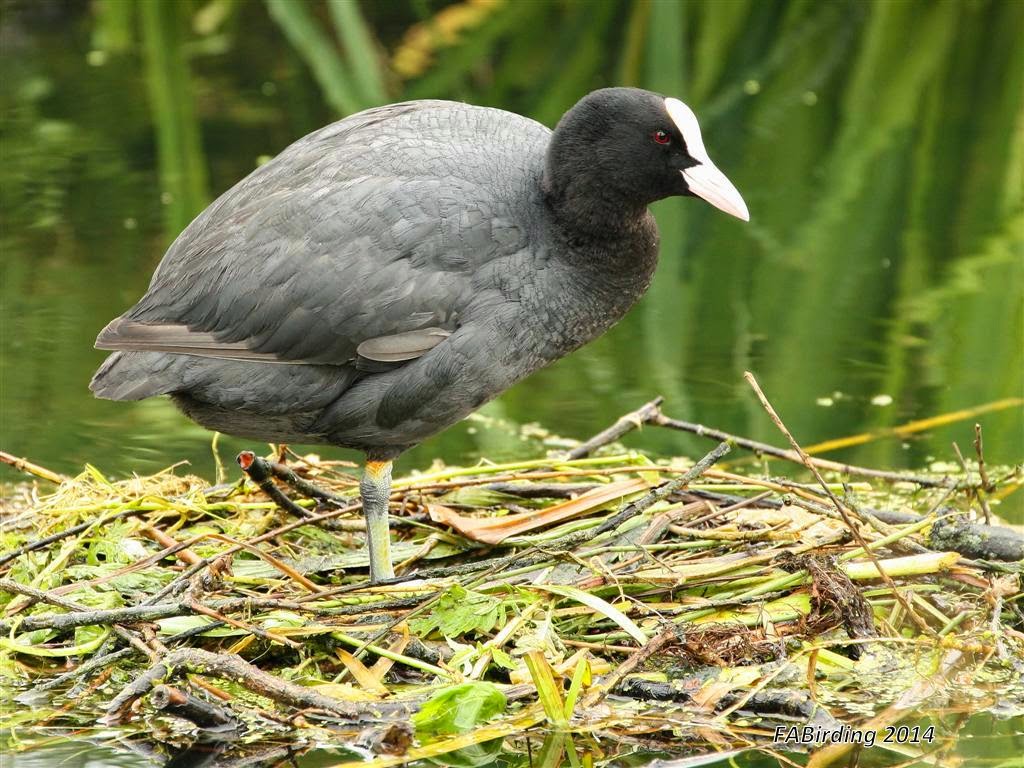 The nest is usually a cup comprising any available plant material located just above water level. The one above was is still in the construction stage. 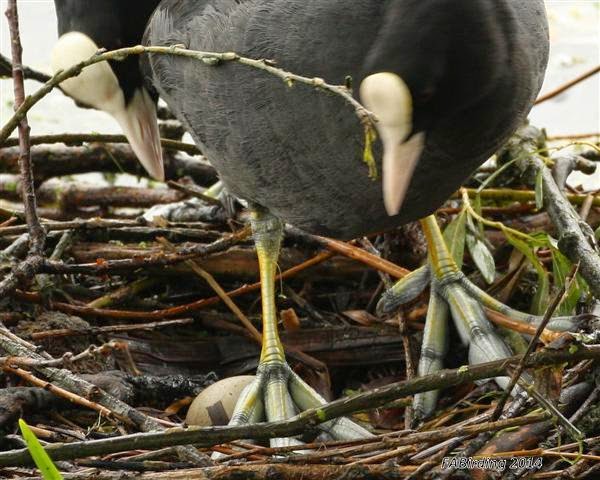 Clutch size is 5-7 and incubation by both parents takes 21-24 days.
Usually only a few young survive as they often fall prey to Herons and Gulls. Sometimes a parent might be seen attacking a chick, by grabbing its head and shaking it, sometimes fatally. This extreme behavior is thought to relate to food supply thereby ensuring that there are not too many chicks competing for available resources.

"Mind where you are treading!". 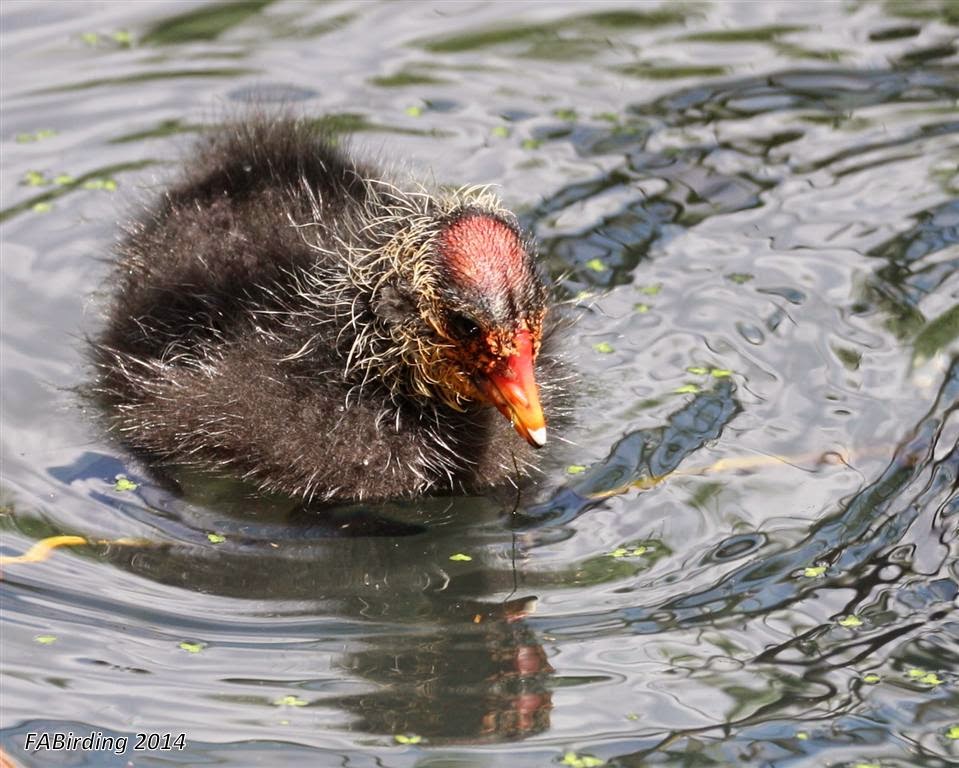 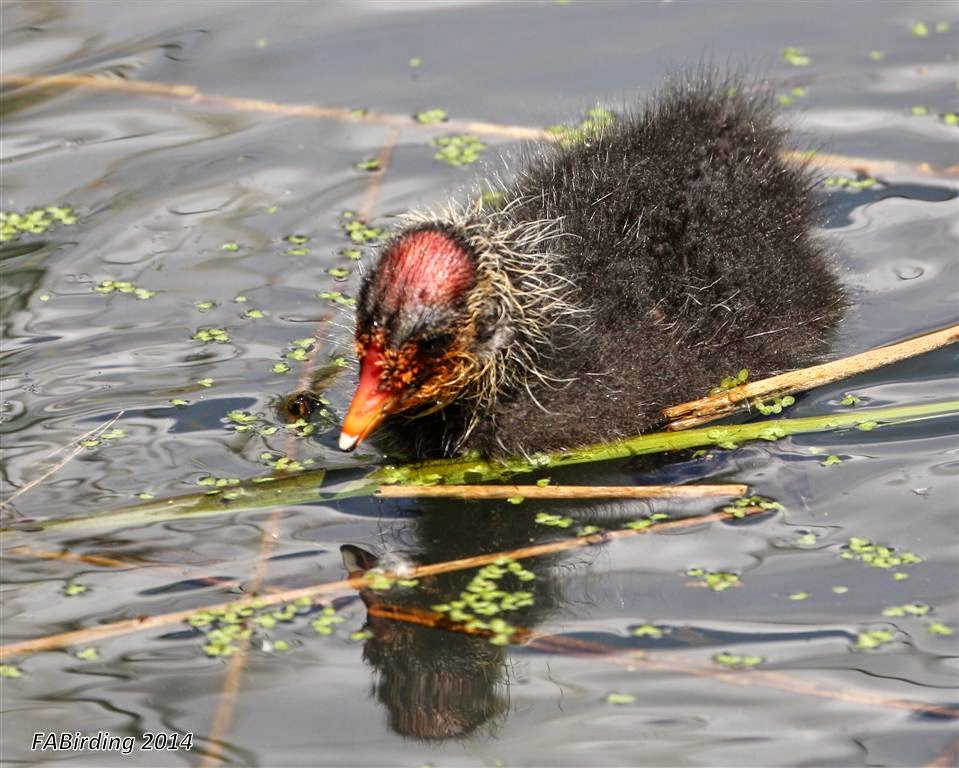 The (precocial) chicks leave the nest fairly soon after hatching and parental care is much longer than most rail species with adults continuing to feed them for about a month. 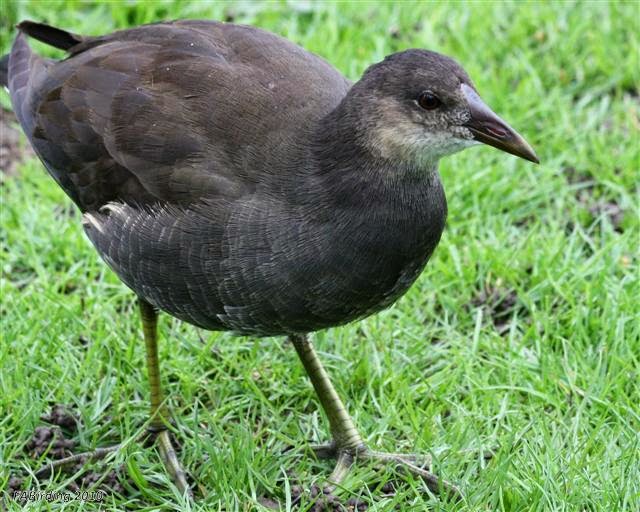 It takes around 55-60 days for the youngsters to achieve their juvenile plumage and the dark beak will change to the distinctive white when they are about a year old.

The phrase "And yet he was as balde as is a coote" is referred to in John Lydgate's Chronicle of Troy, 1430. Whilst you might think this could relate to the heads of the chicks it actually arose from the adults' appearance; the extensive white frontal shield (much larger on males) against the black plumage. 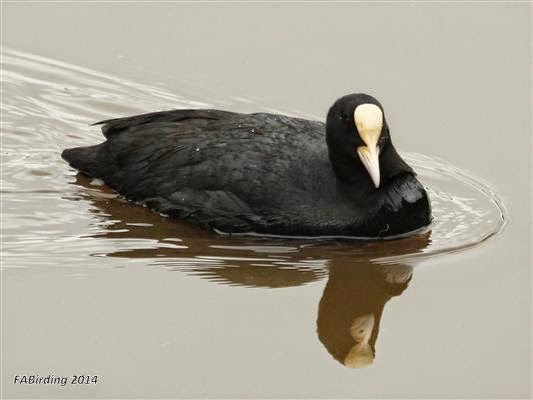 Linking to Wild Bird Wednesday.
Posted by FAB at 00:19