After the pre-match euphoria emanating from the immediate neighbourhood yesterday evening everyone appeared  to be deathly quiet this morning including the garden birds ... I wonder why!

With a grey overcast sky I headed over to to the Stew Pond at Epsom Common where the only activity was a number of fishermen patiently waiting for something to nibble their baited hooks and the family of Canada Geese heading for an empty spot on the far bank. I scanned the Great Pond and only seeing one Grey Heron and two male Tufted Ducks I strolled through the woodland adding Blackbird, Song Thrush, Wren, Great Tit and Great Spotted Woodpecker to the morning list. 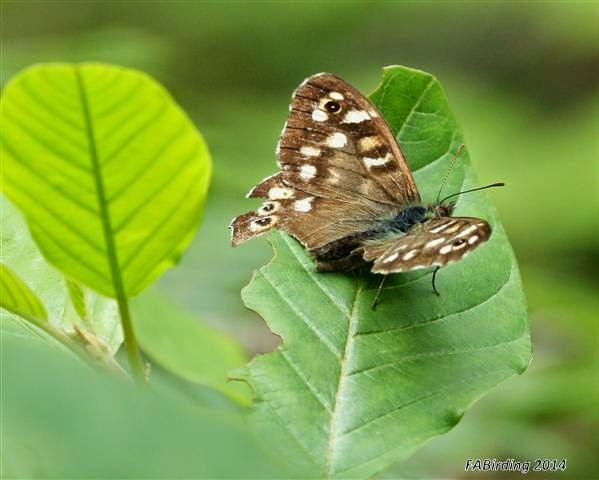 In a small glade where some grey light filtered through the canopy I spied a tatty Speckled Wood while unsuccessfully trying to locate the exact location of a nearby singing Blackcap. 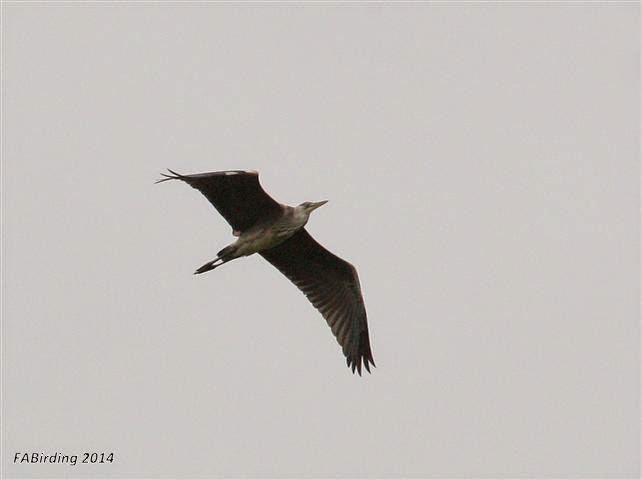 As the sky darkened I heard the call of a Grey Heron and just managed to focus (heavily cropped) on one of two individuals as they noisily departed from the Great Pond to head elsewhere. A wander around the scrub beyond the ponds produced a singing Willow Warbler, Chiffchaff and Common Whitethroat plus several Green Woodpeckers, Jay, Magpie, Carrion Crow and a single Goldfinch. 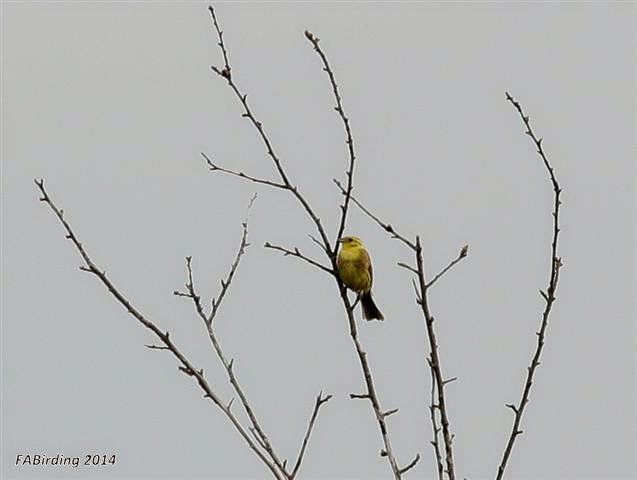 With the hint of rain in the air I picked up the distant sound of a Yellowhammer and after scanning around I found the songster typically perched on the bare topmost branches of one of the highest trees so only another cropped image. At least its colours brightened up the grey sky. 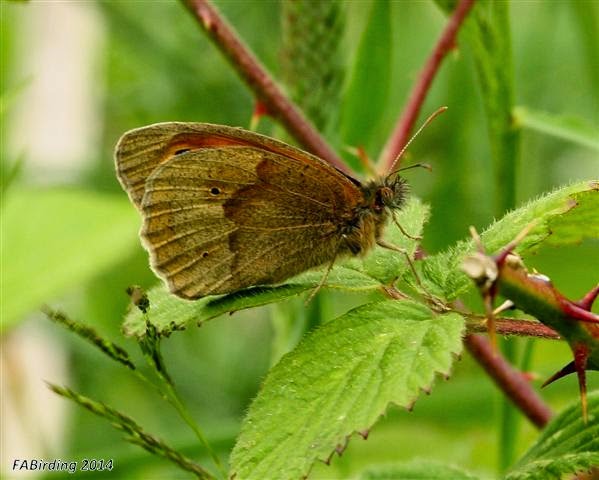 My peripheral vision picked up the flight of a Meadow Brown at ground level just before it disappeared into the vegetation so I had to crouch low down to only be rewarded with a closed wing shot. 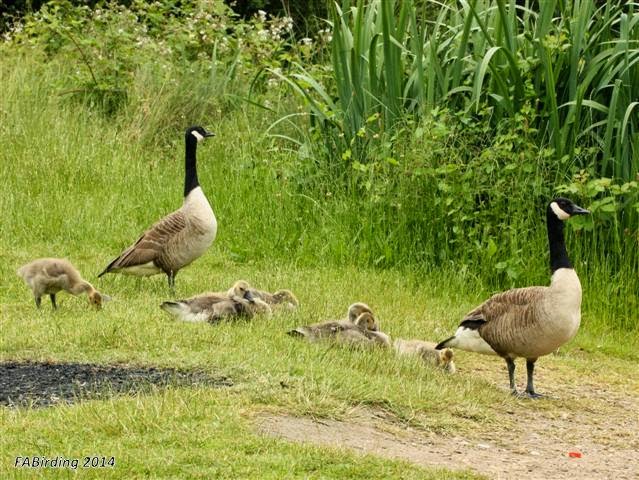 On my return towards the car park the Canada family were out of the water with all but one of the goslings taking a late morning nap. 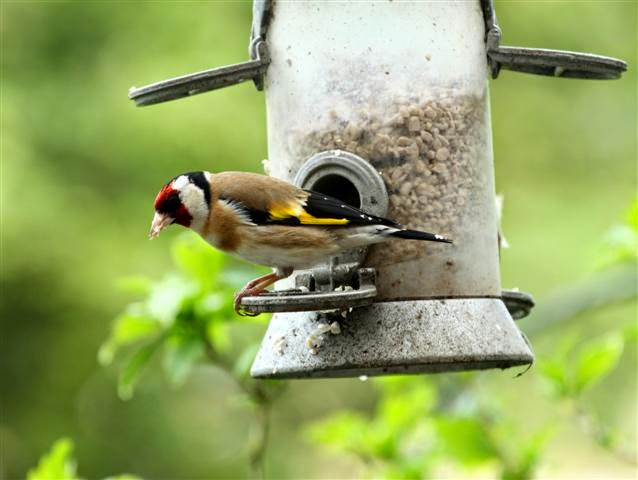 Back at home their was a brief flurry of activity with both adult and juvenile Blue Tits, Robin and a colourful Goldfinch on the seed feeder.   FAB.

P.S. Some readers may notice that I have changed the title of this blog from 'The Early Birder' to 'Wildlife Watching with FAB' but still accessible at the existing web address: http://fabearlybirder.blogspot.com/.
The decision was not taken lightly but as I have for some time been taking a more relaxed approach to my varied wildlife watching excursions this change now seemed appropriate PLUS it will hopefully prevent confusion with another UK blog operated under the same title.
Posted by FAB at 23:27