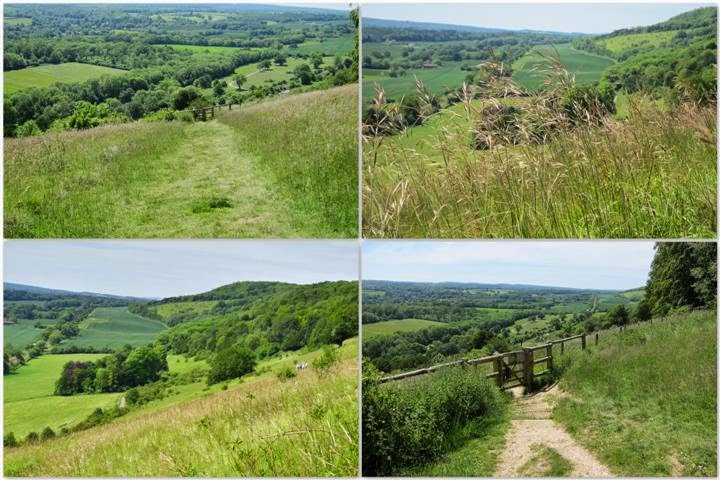 With the sun shining this morning I drove to the chalk downland at Denbies Hillside in the hope that I might catch up with an Adonis Blue. Heading steeply downwards across Steers Field it felt quite warm but there was a good breeze blowing the taller than expected feathery grass heads around and no sign of any flutters! Had I misjudged the timing of my visit ... well only time and patient searching would tell. 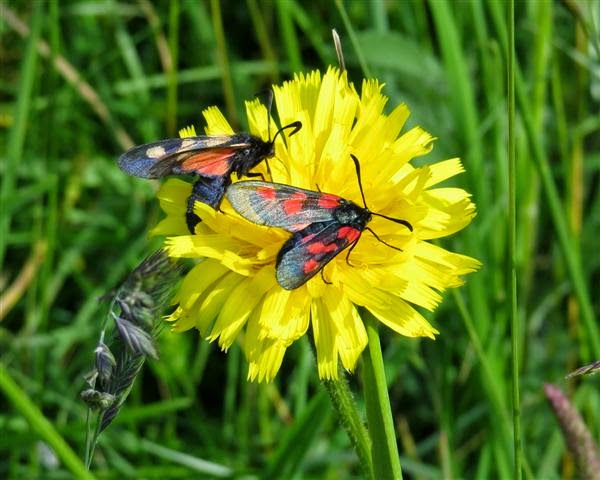 Before opening the gate to the lower hillside I then spotted a Large Skipper (Ochlodes venata) who had found a perch protected from the breeze. 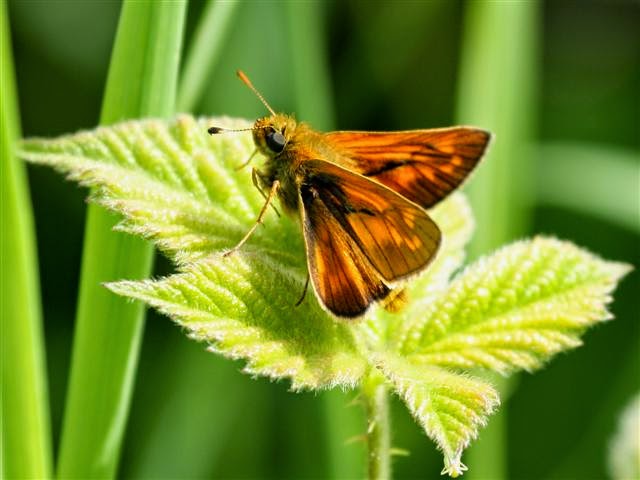 Heading on downwards through the gate I spotted a Brimstone, a distant white butterfly, a possible Brown Argus and then a couple of Small Heath that defied the camera as usual!
While searching amongst the grass I found a charming Bee Orchid in its full glory. The lower petal resembles an insect and the flower is pollinated as the male insect attempts to mate with it .. another of natures wonders. 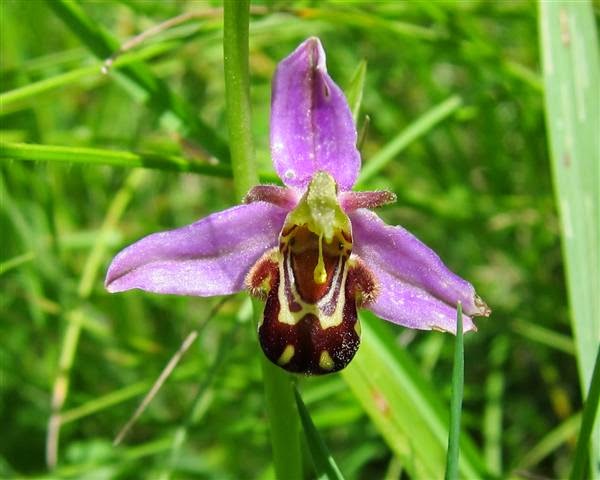 I eventually caught up with a few male Common Blue (Polyommatus icarus) but didn't see any females. 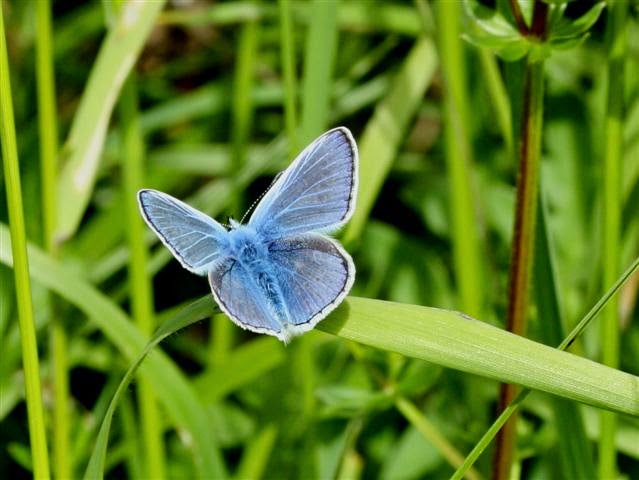 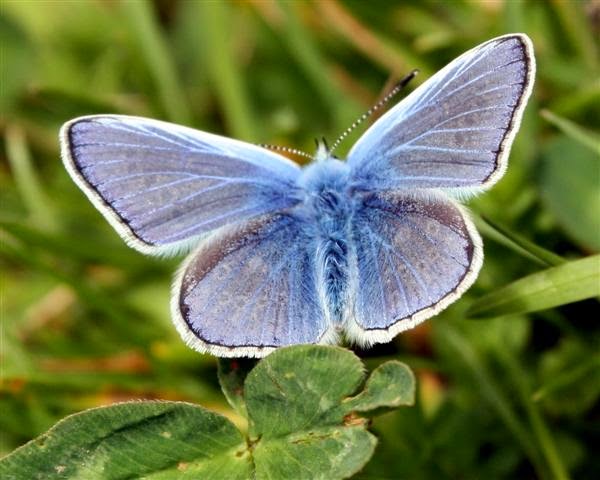 Whilst I wasn't successful in my search for the Adonis Blue (Lysandra bellargus) to show a comparison with the Common Blue I located an image (see below) taken at the same site on 25 May 2011. The obvious distinction is the brilliant blue colouring and the black line cutting totally through the white fringes of its wings. 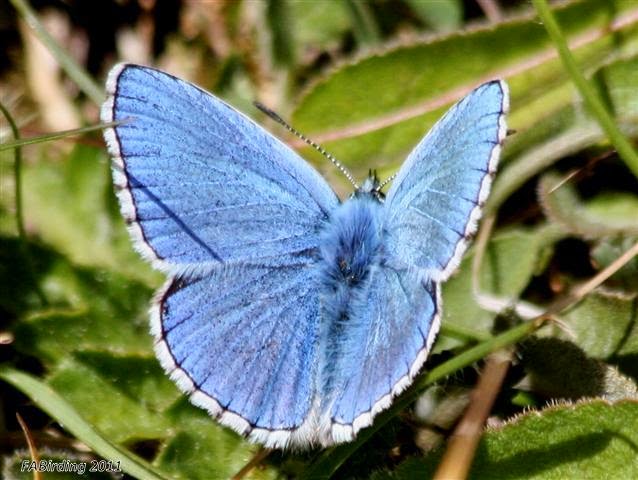 I met two other watchers who had also failed to find the Adonis so it is possible that our visit was a week too late. Oh well there is always next year and I intend to revisit this site throughout the summer for all the other chalk loving species.  FAB.

P.S. I have just read an e-mail from Butterfly Conservation that many of our rare butterflies have emerged two to three weeks earlier than last year and a week earlier on average due to the recent  mild weather.

Linking to Camera Critters and Saturday's Critters.
Posted by FAB at 22:06