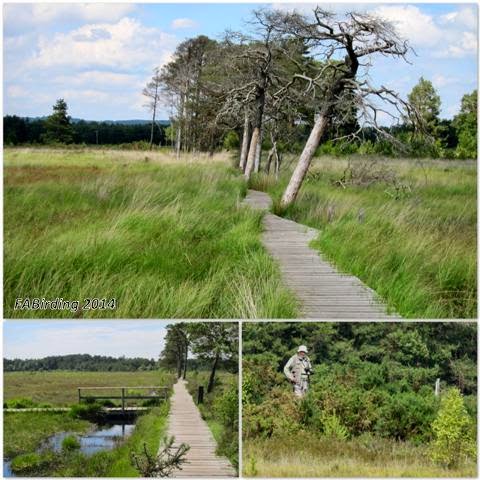 As I began another stroll on the boardwalk at Thursley Common yesterday I bumped into (not literally!) a very interesting gentleman called Arthur, a Yorkshire man who is 75 years young and an experienced and passionate photographer of Odonata.
While watching the dragonflies zipping over the water in a very strong breeze we chatted for over 30 minutes and my brain had to work a little harder than normal as Arthur only referred to any of the various Odonata by their Latin names! I soaked up his enthusiastic knowledge and if I learned anything about photography from him it was just get out and practice, practice and learn from your mistakes ... excellent advice.

As we both agreed the conditions (he called it a bit 'thin') were not really conducive to getting decent low down images of the dragonflies I headed onwards through Pine Island and out onto the heathland. While watching a singing Skylark soaring up high into the sky I was aware of the calls of a warbler close by. After a little searching I found the individual and took a quick shot before it moved deeper into cover. 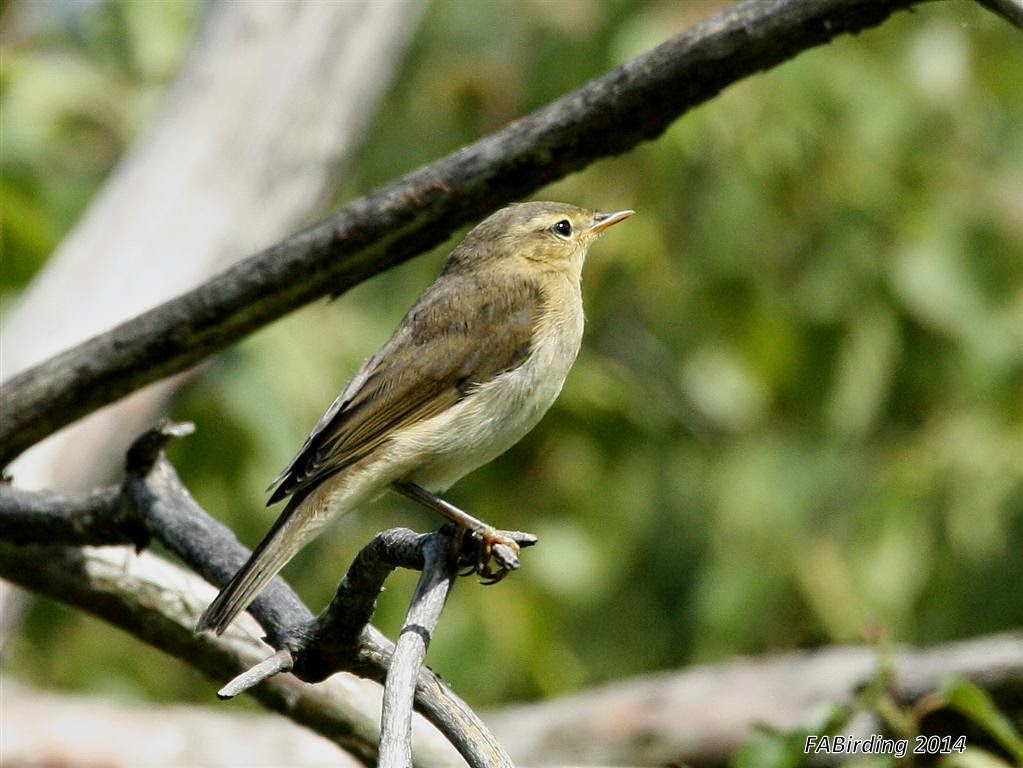 The soft contact call sounded like a Chiffchaff or a Willow Warbler but I think the paler cheek pattern, the thicker albeit pale supercilium, paler legs and longer primary projection indicate that this is a juvenile Willow Warbler (Phylloscopus trochilus). [I'm sure someone will correct me if I'm totally wrong]. 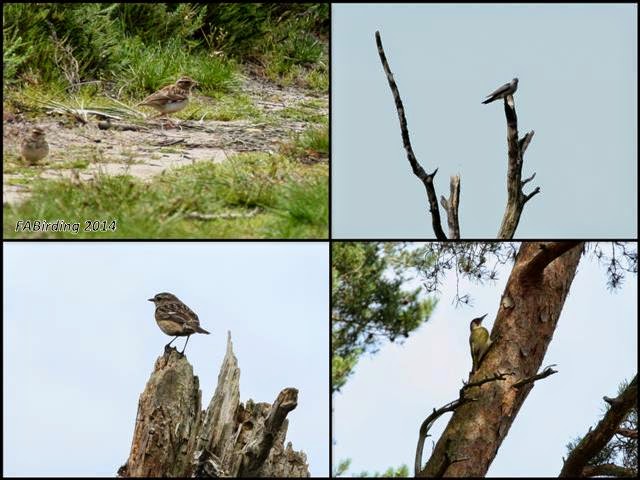 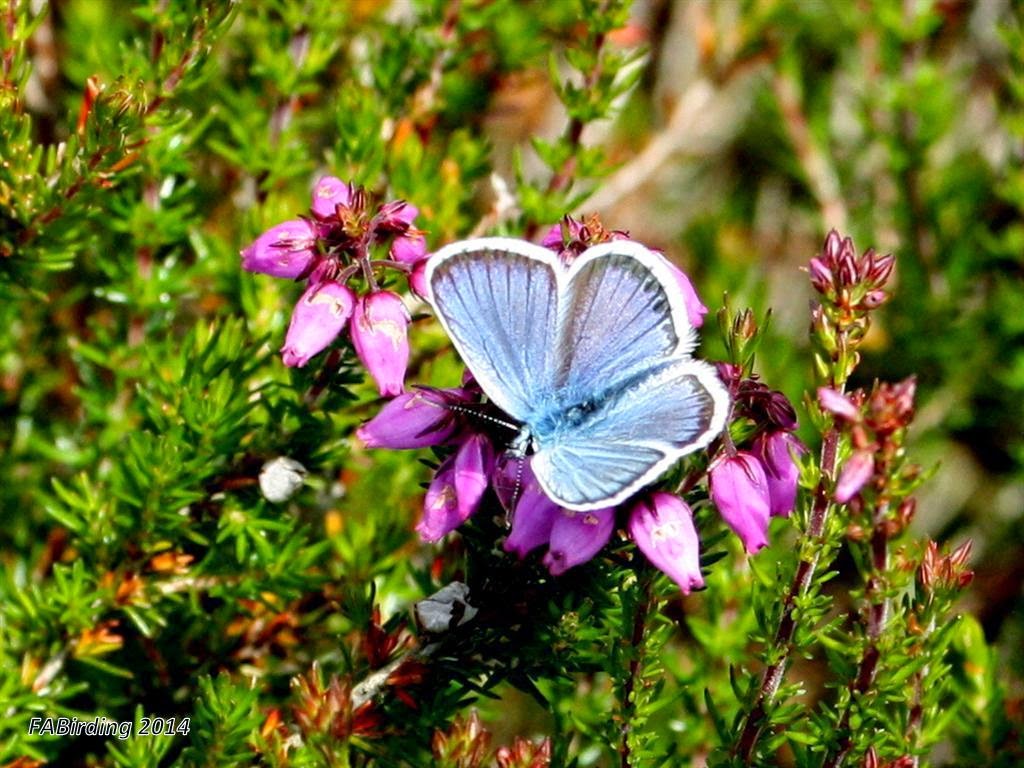 While following a path through an area of flowering Bell Heather I spotted a blue butterfly. Initially I didn't pay much attention to which species this might be but after it flew away I reviewed the images to reveal it was a male Silver-studded Blue (Plebeius argus) and my first sighting for this year. 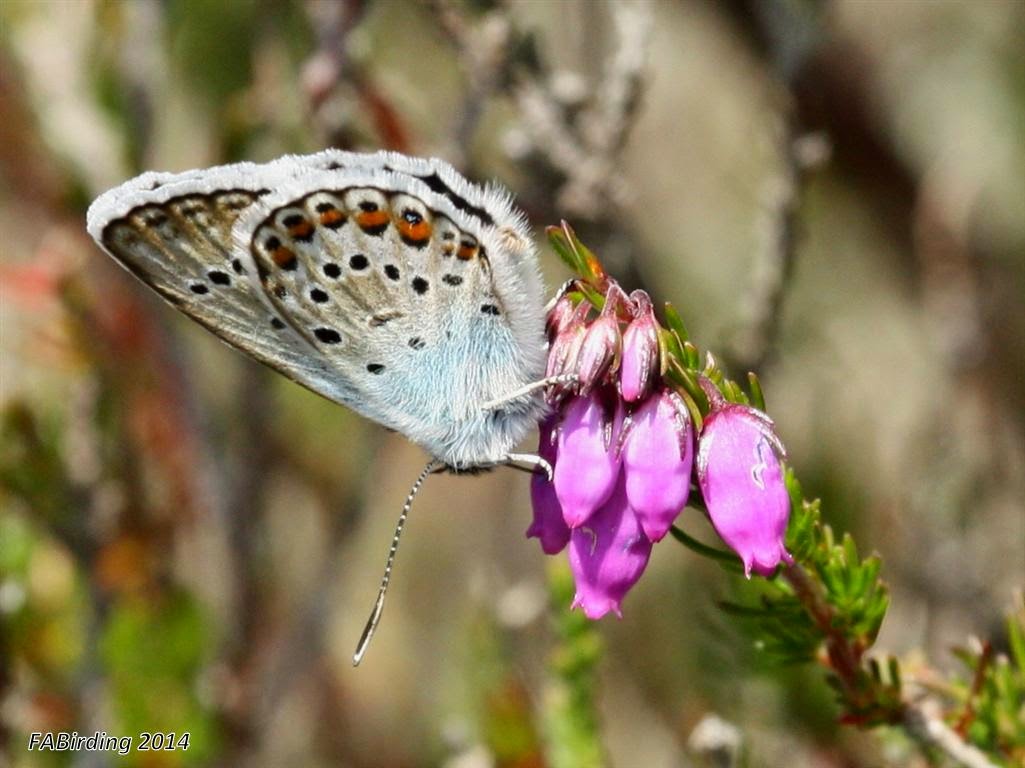 One image of its under wing pattern revealed the distinctive silvery-blue centre within the black marginal spots.

After passing the 'lazy' gate I spent a little time capturing a few images of a Small Tortoiseshell (Aglais urticae) enjoying a nectar feed in the sunshine. 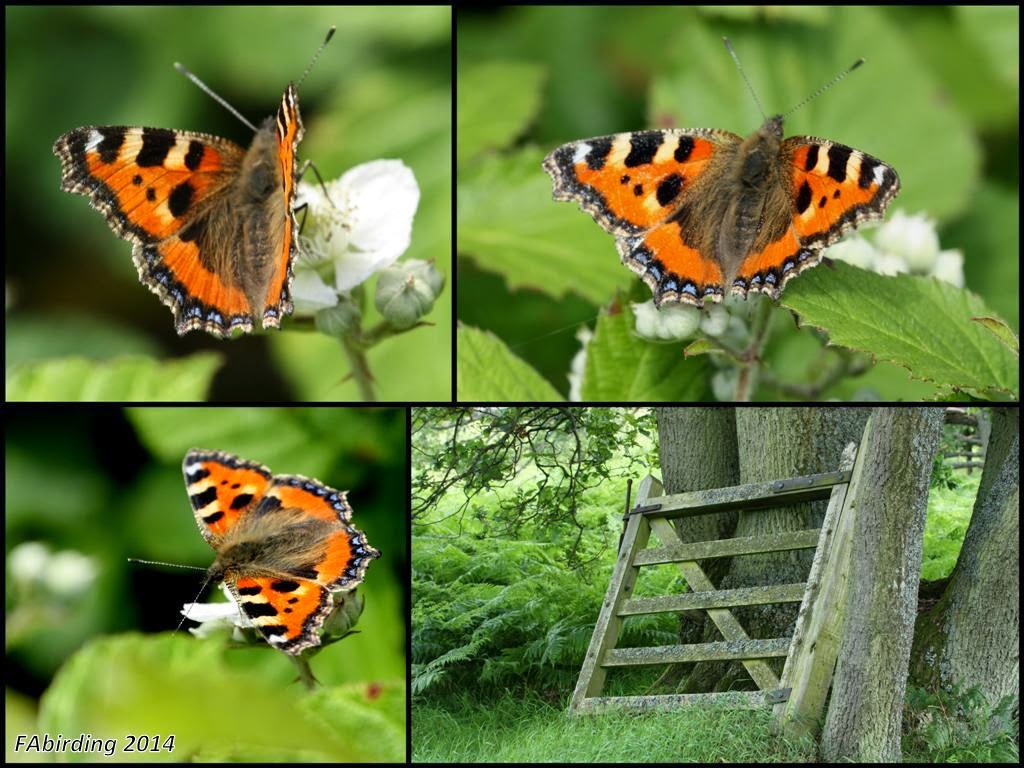 On my way back across the common while making a detour through one of the pine plantations I met up with Arthur again. He had decided to take a stroll away from the boardwalk as the stiff breeze was still hindering him getting any more shots of the Odonata. This time our discussions turned to past occupations and he was intrigued to learn that I had worked for the Royal Horticultural Society (RHS) and we both knew a number of people who had also worked there ... it's a small world. 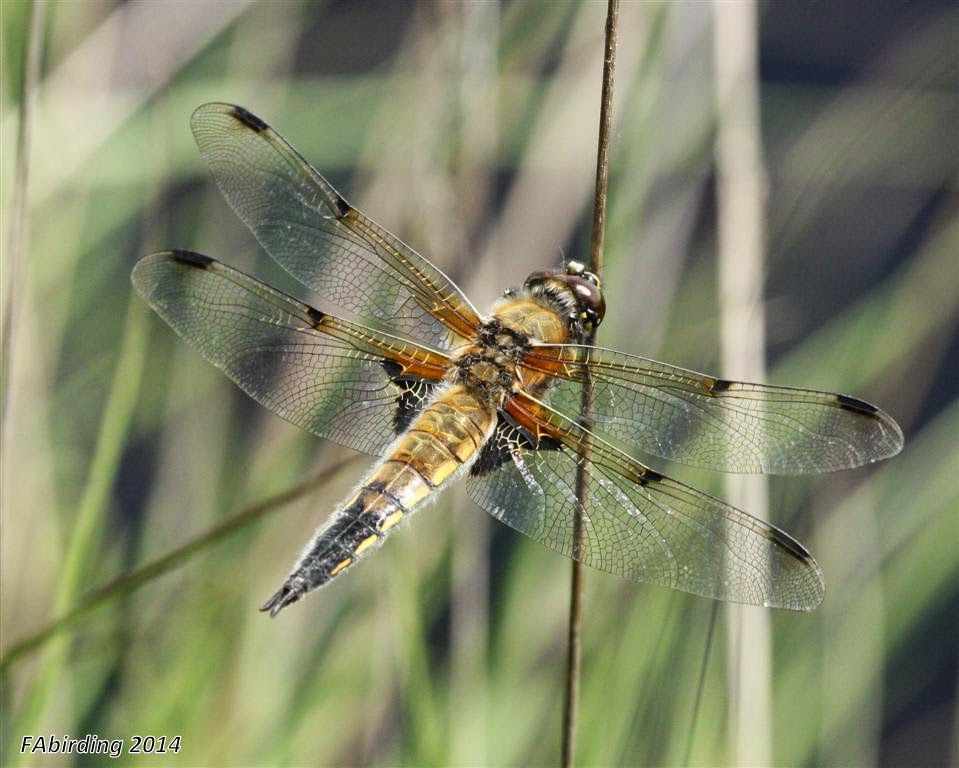 Back along the boardwalk it was still fairly breezy but I managed a few captures of resting Libellula quadrimaculata (Four-spotted Chasers). 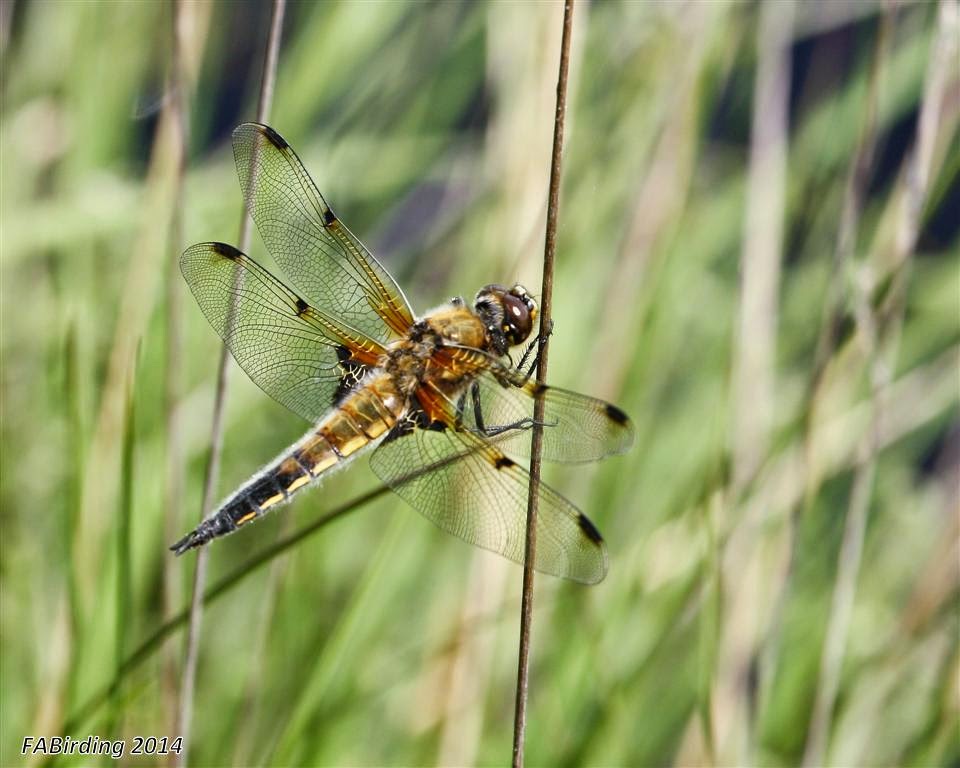 Another interesting encounter. Stay well Arthur and maybe our paths will cross again.  FAB.
Posted by FAB at 23:31