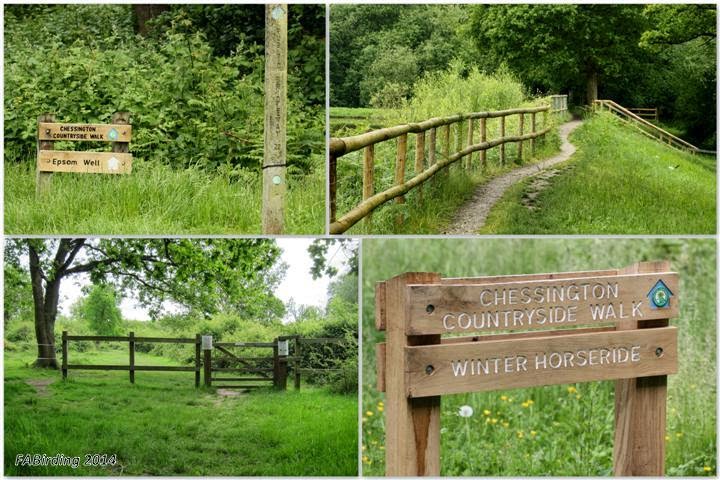 There has been very little visible avian activity on my local patch walks around Epsom Common Pond during the past week with most of the breeding birds staying hidden so I thought I would include some other residents as well as a few of the regular bird species. 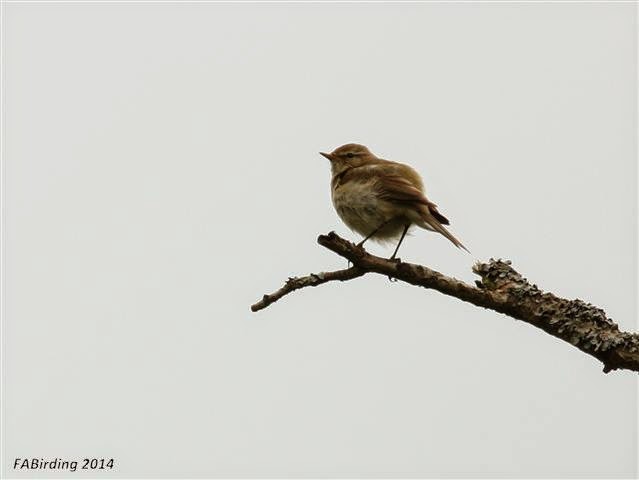 A Chiffchaff regularly uses the same perch  and often gives me a quick burst of song as I climb the steps up to the Great Pond.


One chance sighting was finding a juvenile Grey Wagtail hiding in the branches close to the water but one press of the camera button and it flew away! My previous patch sighting of this species was back in 2010 so nice to see one around again, albeit briefly. 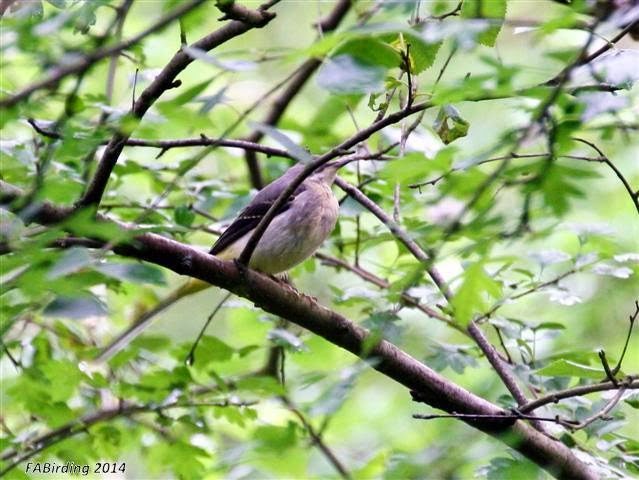 The Great and Stew Pond regulars include breeding Mallard, Canada Geese, Coot, Moorhen and Mandarin Duck plus the visiting Grey Herons. With such high water levels I haven't seen any evidence of a wader dropping in for a visit so far this year. 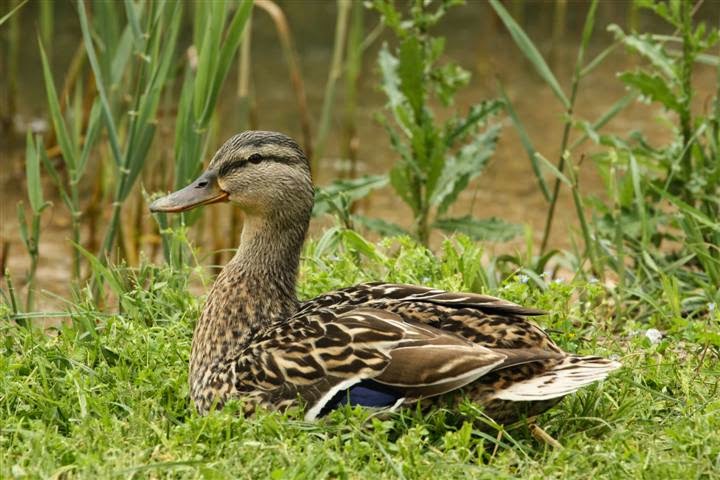 Mrs. Mallard taking a rest from her parenting duties.


There have been a number of male Tufted Duck and one female on the Great Pond since mid April but I haven't noticed any evidence of breeding so far this year. 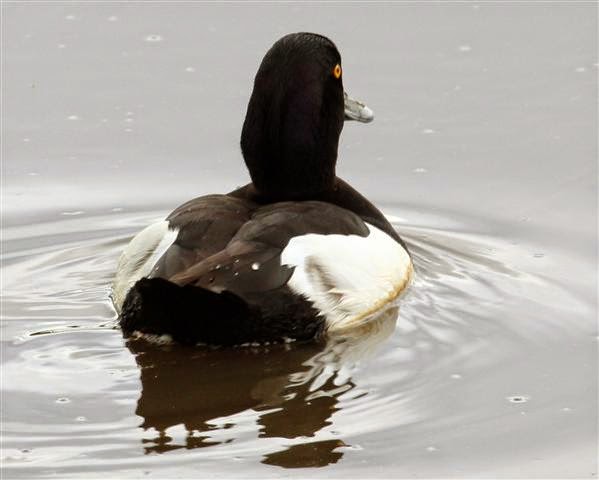 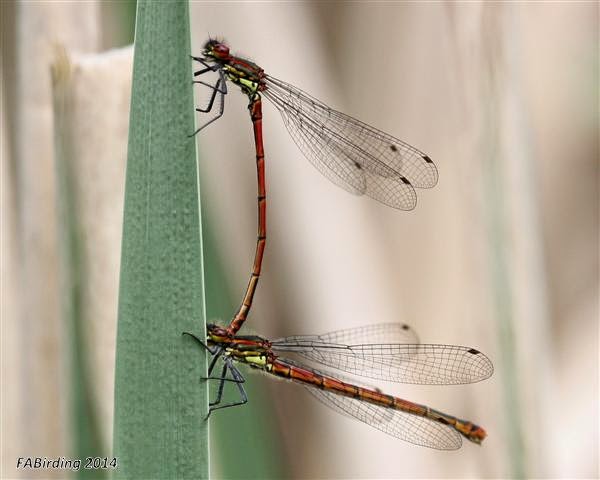 It's a well known fact that Grey Squirrels tend to scramble around a tree to hide from possible predators on the opposite side but this individual obviously didn't know the 'watcher' was behind it! 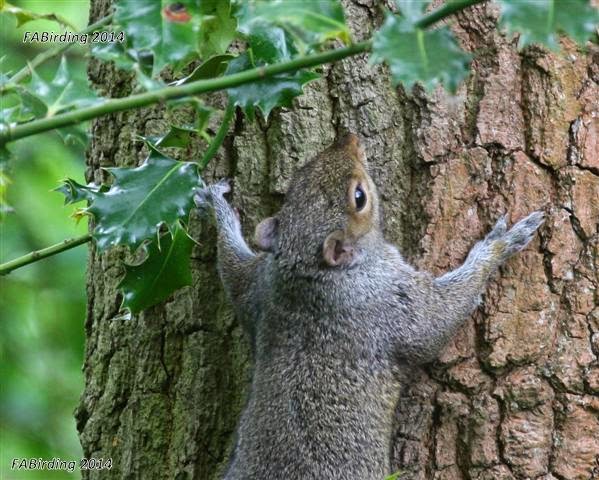 Whilst Canada Geese are regular breeders Greylag Geese sightings are very infrequent on the patch and I recently only just got a glimpse as one flew away calling for its friends. 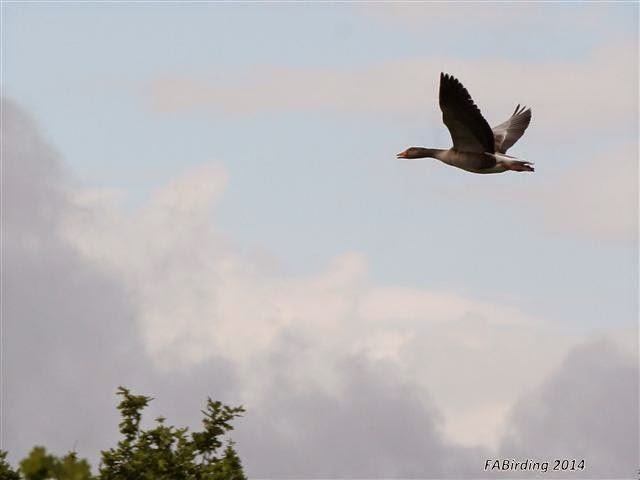 During my wanderings I am often aware of the movement of Deer feeding throughout the woodland and sometimes a Roe Doe will appear from behind the lush vegetation, stop and stare at the 'watcher' who copies her action until she feels confident that I'm not a threat and slowly ambles onward. 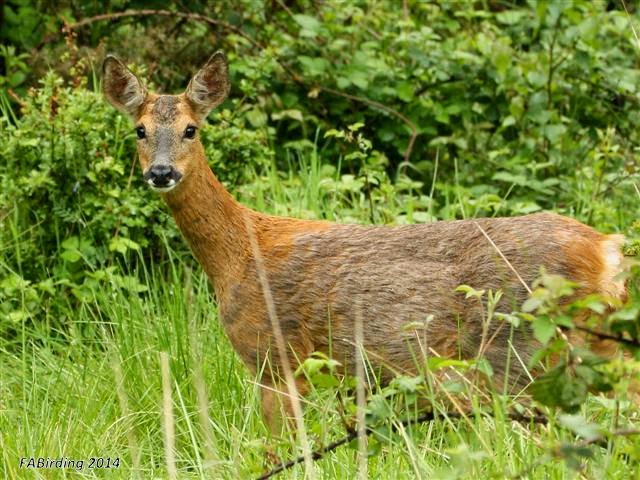 Alongside the hedgerow close to the car park is the best spot to do a bit of Rabbit watching. They rarely let me get within 20 yards before disappearing into deep cover. 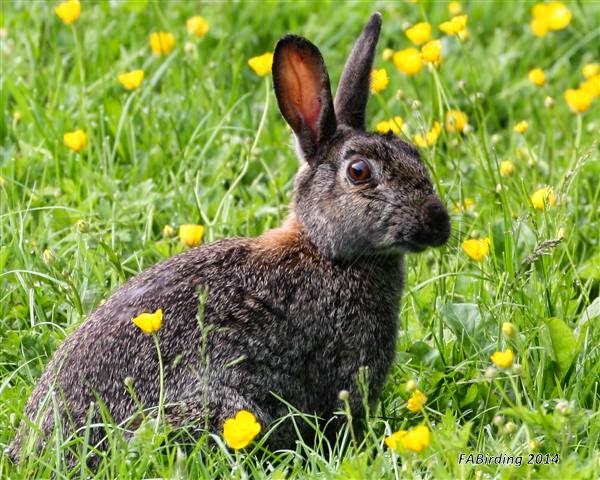 Butterflies recorded included Brimstone, Speckled Wood, Ringlet, Meadow Brown and Large Skipper.
At two other sites I captured images of Marbled White and White Admiral which you can view on FABirding.    FAB.

Linking to Nature Notes and Our World Tuesday.
Posted by FAB at 18:01