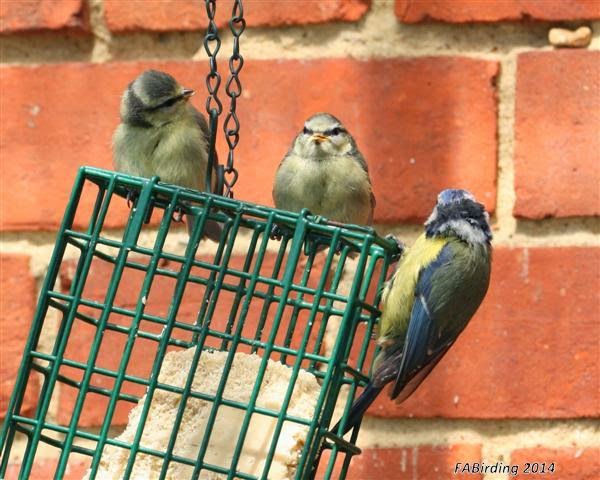 Following on from previous posts on 22nd May and 2nd June, we now have confirmation that at least four Blue Tits eventually fledged  from the nest box in our Birch tree last week and their parents have regularly been bringing them to a feeder under the patio canopy for some extra nutrition. During an interlude in my gardening activities yesterday I managed to capture a few images of their antics. 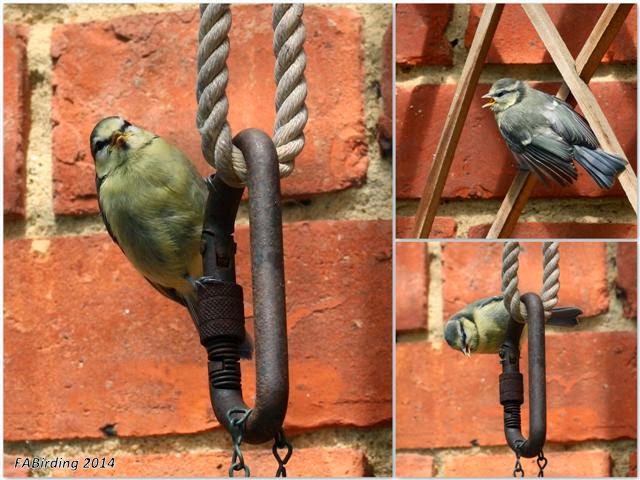 Two of the juveniles decided to hang around constantly calling for attention. 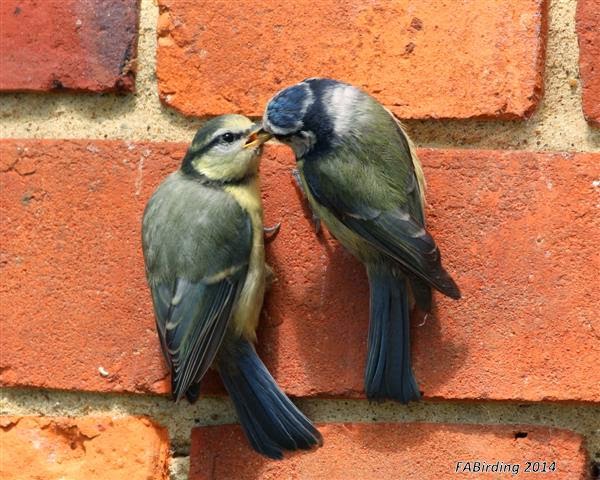 One youngster showed off his ability for vertical wall climbing in order to attract his parent for food. (In my youth I did some rock climbing but I never managed a similar pose by hanging on by just my finger nails!) 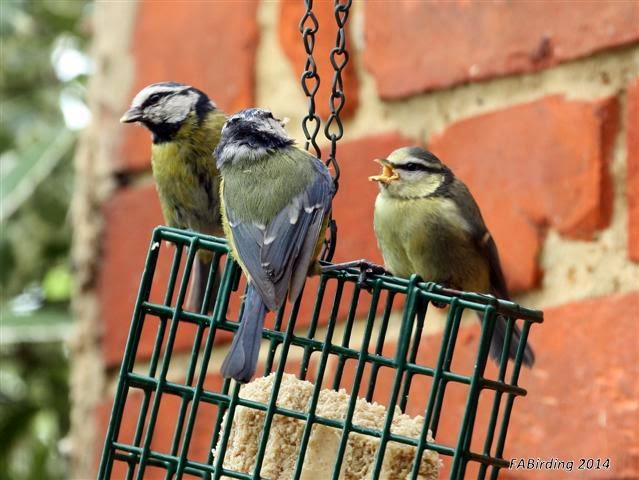 Hopefully these juveniles will reach adulthood and I'll look forward to charting any nesting progress again next year.  FAB.
Posted by FAB at 20:33