While I work on the pics from todays local walk I thought I would share some shots taken in late December when I revisited a small group of Red Deer stags in Richmond park enjoying each others company after the rut. Whilst the light was poor; a cold misty day with rain in the air; the 'watcher' was able to get reasonably close to these beautiful beasts without any unecessary disturbance. 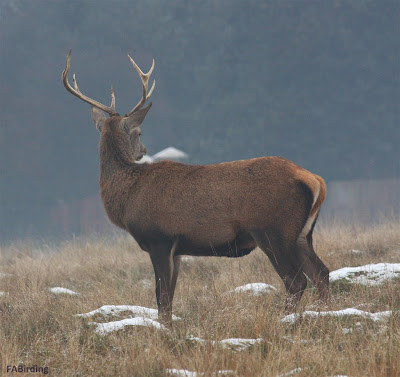 European red deer antlers are distinctive in being rather straight and rugose, with the fourth and fifth tines forming a "crown" or "cup" in larger males. Any tines in excess of the fourth and fifth tine will grow radially from the "cup". West European Red Deer antlers feature bez (second) tines that are either absent or smaller than the brow tine. A stag can sometimes be found with antlers without any tines, and is then known as a 'switch' and a stag that doesn't grow antlers is called a 'hummel'. 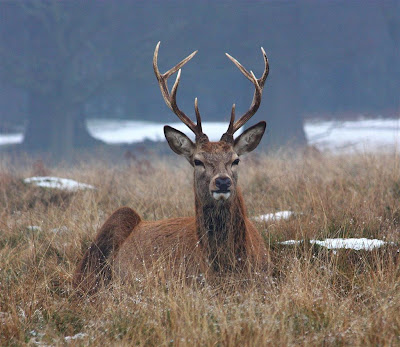 It is not easy to accurately age a stag but with a total of 8 points (tines) to his antlers this guy was certainly not the oldest in the pack but at least in his second or third year. 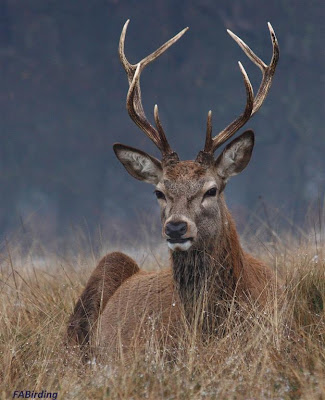 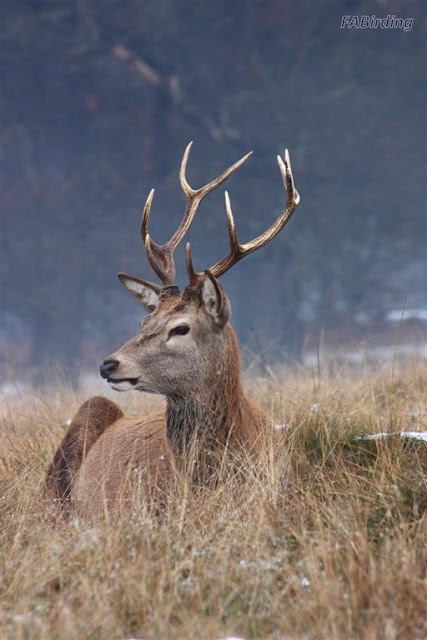