On the 1st Jan we headed south towards Hayling Island to make a surprise visit to A's parents but decided to stop for a walk at Broadmarsh Park that overlooks Langstone Harbour. Unfortunately the view is somewhat industrial but regardless we followed the Hermitage Stream and found Mallard, Moorhen and a few Little Grebes. A Kestrel made a brief appearance but with freezing cold fingers I couldn't hold the camera still enough for a postable picture. 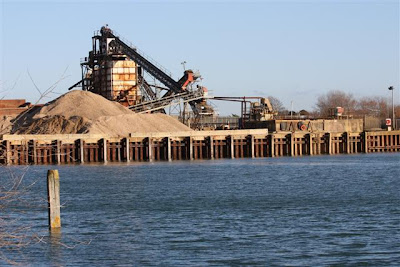 Pied Wagtails in the car park were my next quarry but they were constantly disturbed by many other 'New Year's Day' walkers. The only option was to capture a Mute Swan having a clean up. 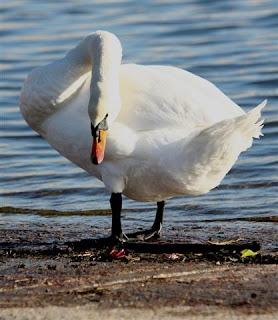 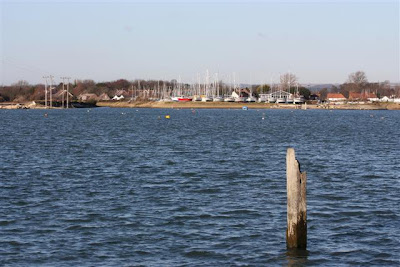 Once over Langstone Bridge we found a parking spot and prepared for our planned walk around Hayling Island Oyster Beds. As you can see it was high tide and nothing on the harbour water but eventually we found a few Brent Geese, Shelduck, Curlew, Wigeon and Cormorant. 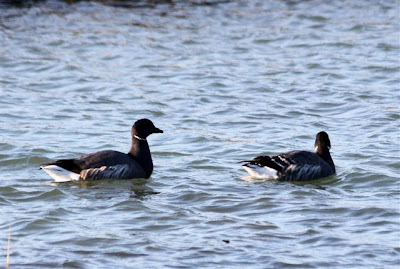 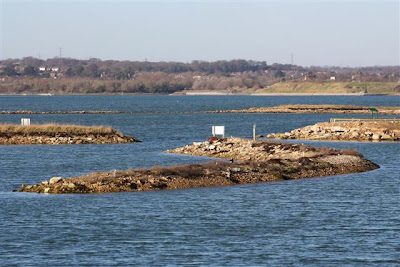 Remains of the old Oyster Beds at high tide where we located a lonesome male Goldeneye, a single flying Redshank, Black-headed and Herring Gulls. All the other waders, Dunlin, Grey Plover and Knot were hiding on the furthest rubble ridge and only showed their outlines as the flocks moved in formation to a new location further away. Our return walk overlooked the damp pastures where we spied Blackbird, Mistle Thrush, several Song Thrushes, Sparrowhawk resting in a distant tree plus one of the resident Little Egrets. 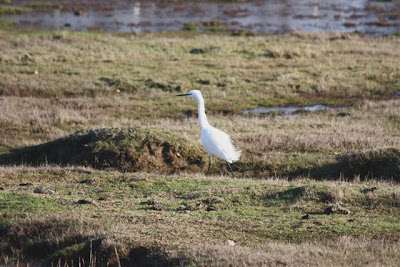 Little Egret on a hunting mission. 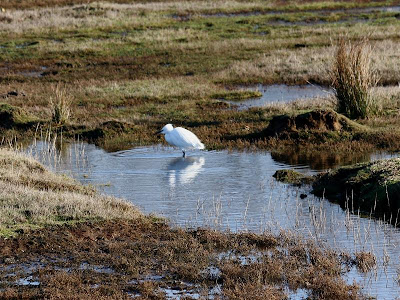 Other sightings, including garden visitors, meant our new year list was a dismal 31 species so I can only hope we do better when we spend a day out with friends in Kent on 2nd January!!    FAB
Posted by FAB at 23:35