A day in Kent.

Day 2 of 2010 saw us heading into Kent to meet up with friends. Derek had done his usual searches online so we drove over to Dungeness via Camber and Scotney Gravel Pits. During the journey we ticked off Redwing, Fieldfare, Lapwing and Golden Plover from the warm comfort of the vehicle. At Scotney a Kestrel landed fairly close while we scanned the ducks and gulls. Further up the road we were surprised to see at least a dozen Barnacle Geese waddling across the grass and heading for the water but nowhere to stop safely so we proceeded onwards to Dungeness. 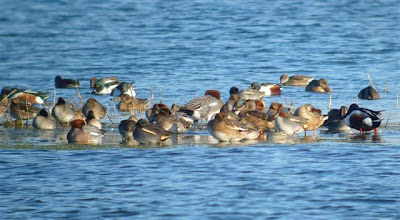 A visit to the ARC pit produced a very good selection of ducks; Mallard, Wigeon, Teal, Shoveler, Pochard, Northern Pintail, Gadwall plus Coots and Moorhen of course! The ladies watched a Marsh Harrier but kept silent until after it had disappeared, but I got a few decent sightings later in the day. 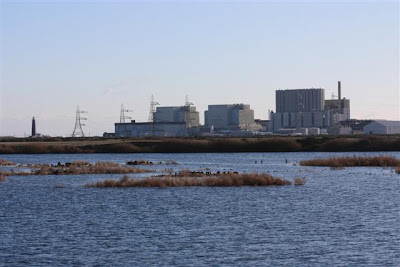 Wildlife on the reserve was too far away for photos so a view of the power station will have to do. 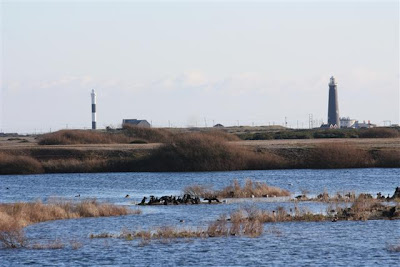 A view of the distant old and new lighthouses.

I'm not going to list all the days sightings (55) but we did manage to find  4 Black-Necked and 1 Slavonian (Horned) Grebe, a Chiffchaff (possibly Siberian?), a redhead Smew, 8 Ruddy Ducks and 2 Common Snipe. Not unsurprisingly the reserve was overflowing with bird watchers all hoping to see a Bittern from the Christmas Dell hide. When we arrived the assembled watchers were very quiet, no recent sighting although one had been seen earlier and the location noted. After a quick sweep around I concentrated on the likely spot and after what seemed ages the Bittern partially appeared walking through the reeds. I think everyone saw it, if only briefly, but if they didn't then don't blame me. 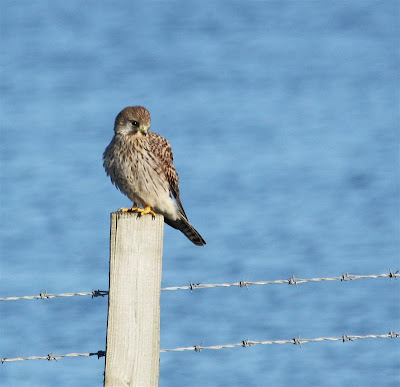 Kestrel that posed for me at Scotney Gravel Pit. 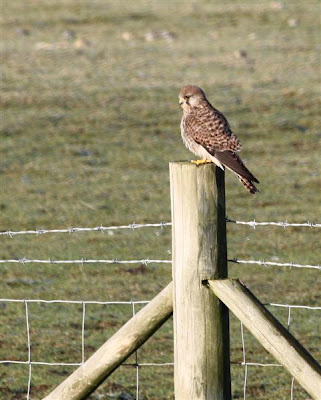 For anyone who is interested I have updated my 2010 sightings list on the sidebar.   FAB.
Posted by FAB at 11:45