Today's Surrey Bird Club meet was a walk at Riverside Country Park, including Stoke Lake & River Wey led by Jeremy Gates. Four people turned up and we were later joined by Steve Chastell. 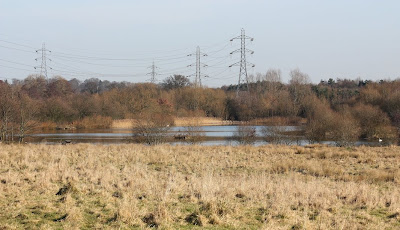 The most interesting find was a Cetti's Warbler (Cettia cetti) first located moving through a bramble bush then it flew into the bottom of the reeds along side the lake. This is considered a rare winter visitor and passage migrant. As this individual made no effort to utter its usual explosive song Jeremy believed it was a female. This is only the 2nd record for Stoke Lake, the previous record, also a female, was trapped and ringed by JG on 5th May 1998. Near Stoke Lock we also found 5 Chiffchaffs plus the resident pair of Grey Wagtails. Siskin were often heard but difficult to locate high up in the Alders. Back at the wet meadows were the usual Canada & Egyptian Geese plus one Greylag Goose, a single Common Snipe & at least 6 Meadow Pipits. Lots of Black-headed Gulls but only a single Herring & Lesser Black-backed Gull.

After a quick chocolate fix back at the car I decided to follow the tow path for about a mile and a half towards Send. There wasn't very much activity apart from locating a Nuthatch and a pair of Rose-ringed Parakeets but I enjoyed the peaceful solitude plus a chat with a local lad who was fishing and had just caught and was returning a Brown Trout into the river. 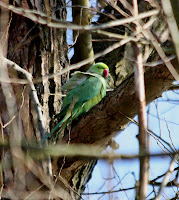 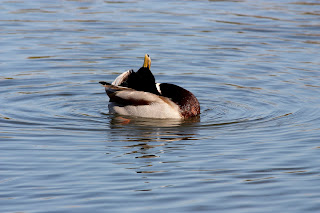 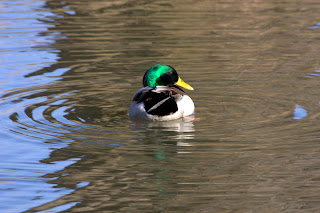