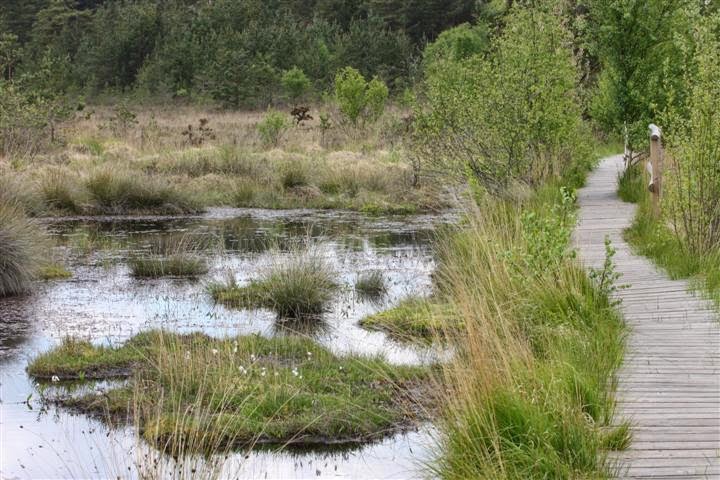 I made another outing to Thursley Common last Thursday to check out the wildlife.

As usual I entered the common via the boardwalk and stopped by one of the acid pools to see if there was any Odonata activity. It soon became obvious that there were a number of Chasers skimming over the water so just a matter of waiting for one to settle somewhere. 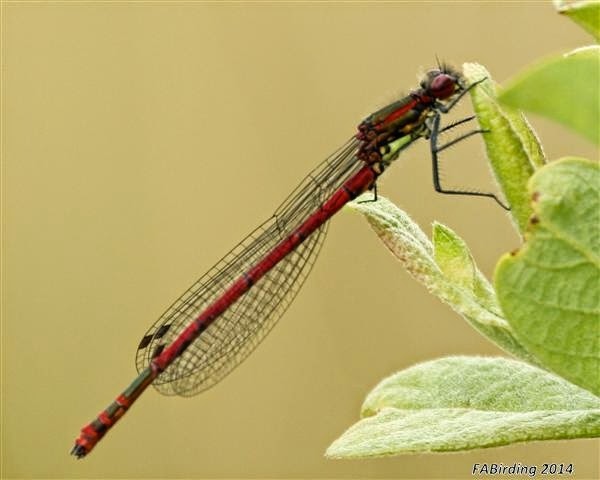 While I waited a Large Red Damselfly perched close by for a photo call with several others in tandem seeking a place to settle whilst being harried by other uncoupled individuals. 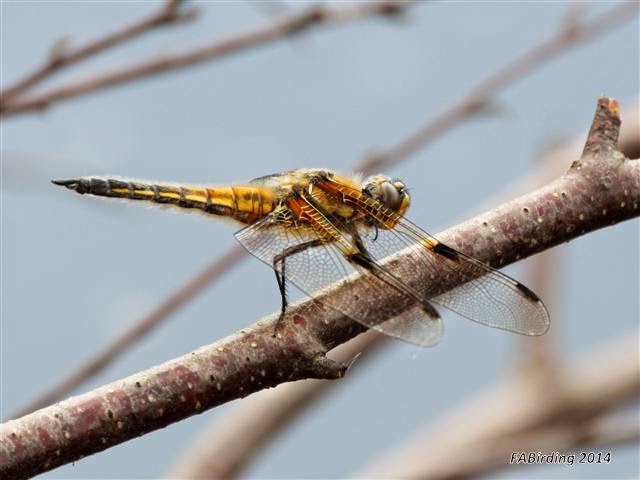 Eventually a Four Spotted Chaser (Libellula quadrimaculata) landed nearby to take a rest. Nice to see them with their pristine wings before all the battles take a toll. The sexes are very much alike and their brown abdomen becomes much darker as they mature. They often fall prey to the Emperor Dragonfly which patrols the water at a similar height of 70cm.


As on a previous visit (please click the link to view earlier images) I saw at least four male Redstart but they were typically always singing from fairly high perches so I had to crop the images taken so that you can appreciate their stunning colours. 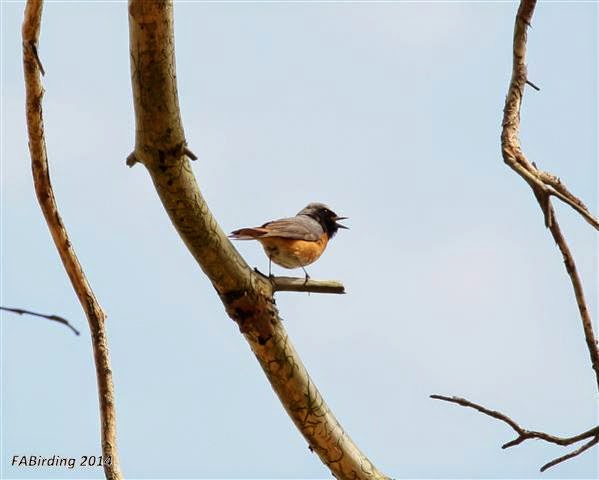 This male was singing with from the same location for some ten minutes in direct competition with another male not too far away.
You can listen to it's song here. 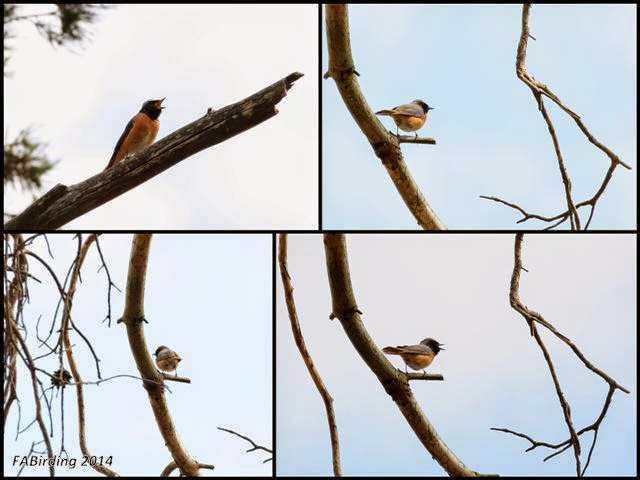 Further over on the heath I noticed at least two spotty looking young birds flitting about the track side foliage and eventually managed a quick photo as I wasn't sure of the species ID at the time. 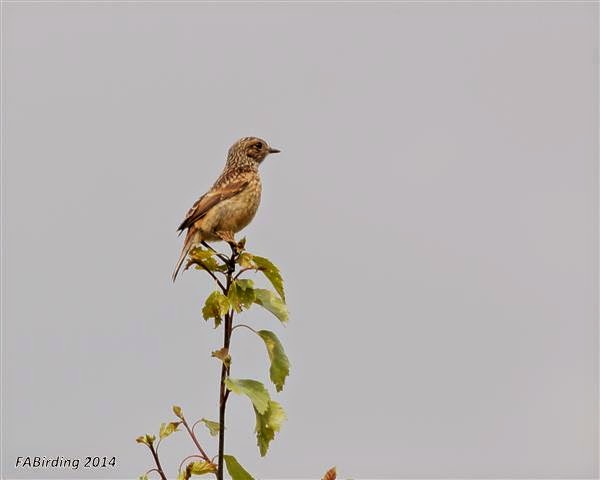 Having now cropped the image and looked more closely at its markings; including the rufous rump; I'm now fairly sure that it is a juvenile Stonechat. 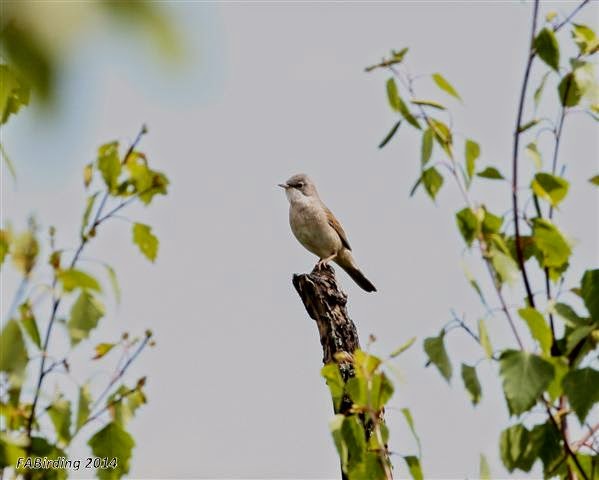 I was also hearing the calls of several Common Whitethroat and just my luck one male perched briefly enabling a shot through a gap in the young birch growth. 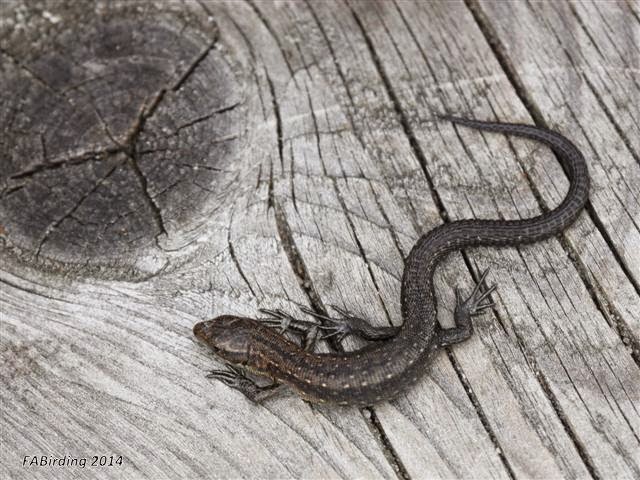 One of the many Common Lizards sunning itself on the boardwalk. I'll be going back when there are more species of Odonata on the wing and hopefully spend some time watching their predator, the Hobby.  FAB.
Posted by FAB at 20:11