Taking it Slow and Easy. 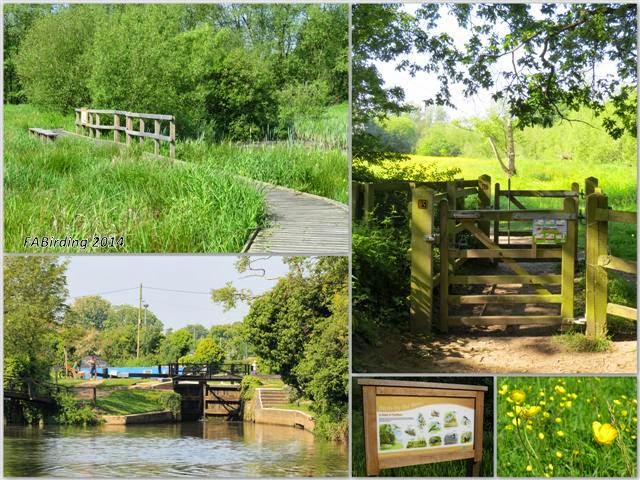 With much warmer temperatures forecast for today I drove to Riverside Country Park for a very leisurely stroll. While the grassland areas were covered in yellow a traverse of the marsh boardwalk didn't produce any wildlife images but I did see Swift, Reed Bunting, Sedge Warbler, Wren, Blackbird, Blue Tit and heard Common Whitethroat and Blackcap. No Terns on the lake raft as two Canada Geese appear to have taken up residence. 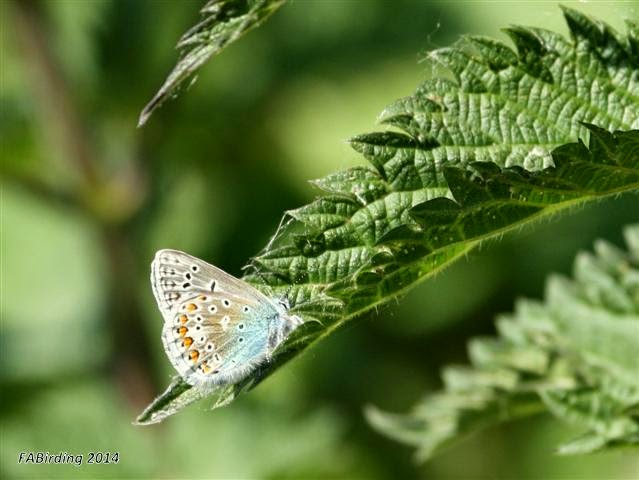 Alongside the path I spotted one Common Blue (Polyommatus icarus) butterfly taking a well earned rest. 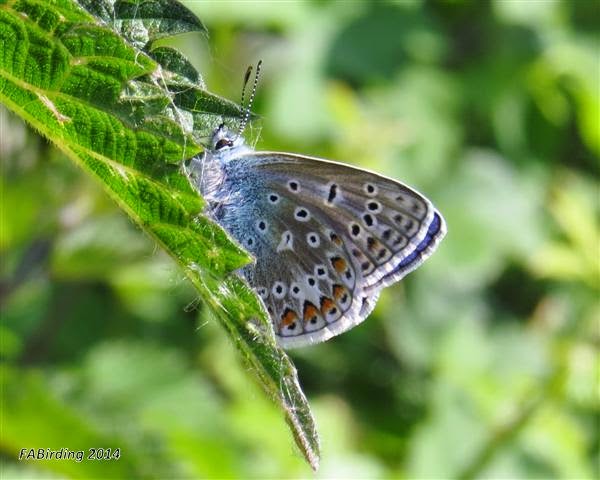 Turning onto the towpath alongside the River Wey Navigation all the male Mallard were also chilling out together. 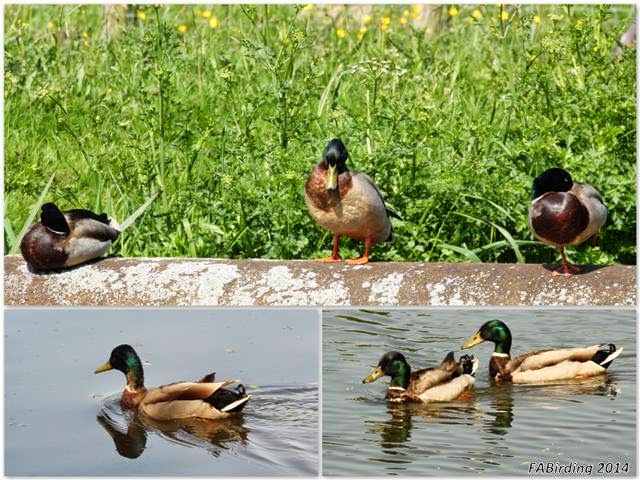 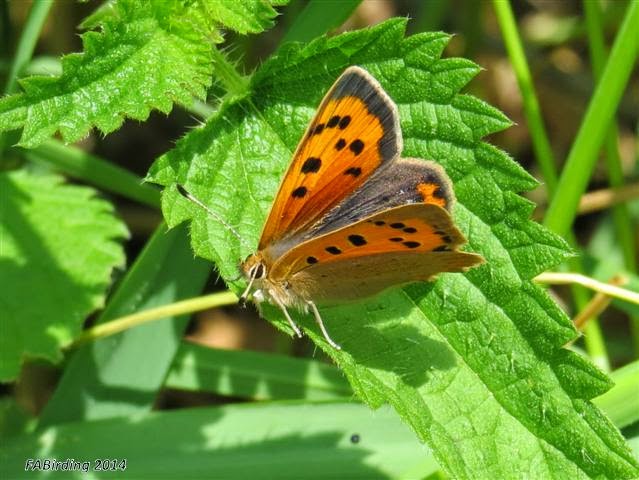 A Small Copper (Lycaena phlaeas) briefly rested close to my feet. Such a colourful dainty butterfly. 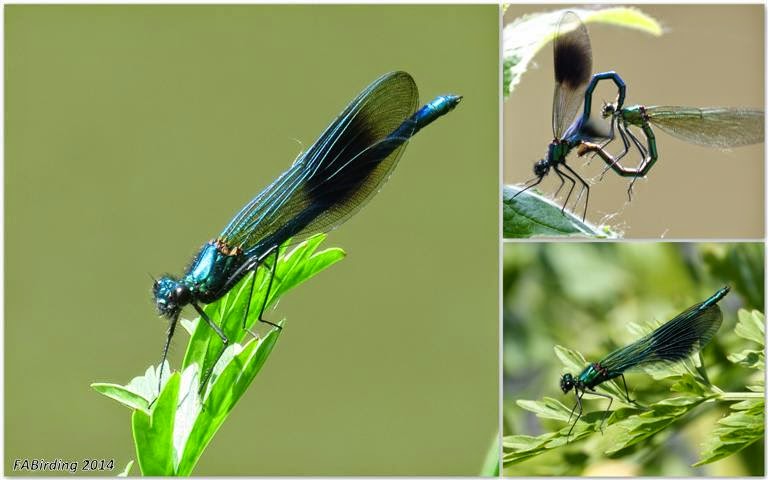 The real waterside action was the extraordinary numbers of Banded Demoiselles (Colopteryx splendens). The males were flitting hither and thither not perching for long in case they missed the very sparce numbers of females on the wing. 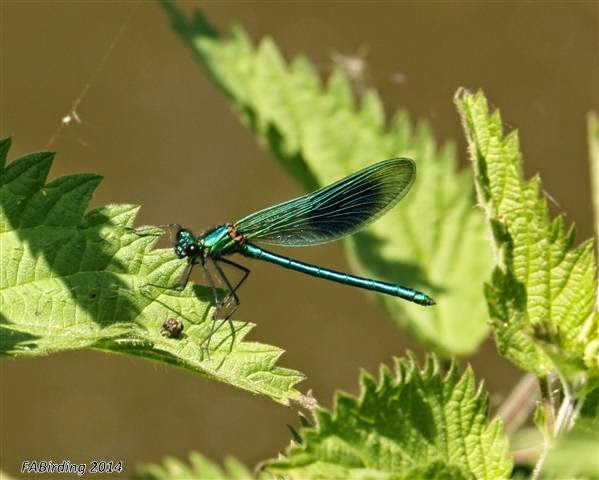 At Bowyers Lock I met up with Brian and his wife who take it slow and easy every day as they have been living on their narrow boat ever since retirement, traveling the length and breadth of our waterways. 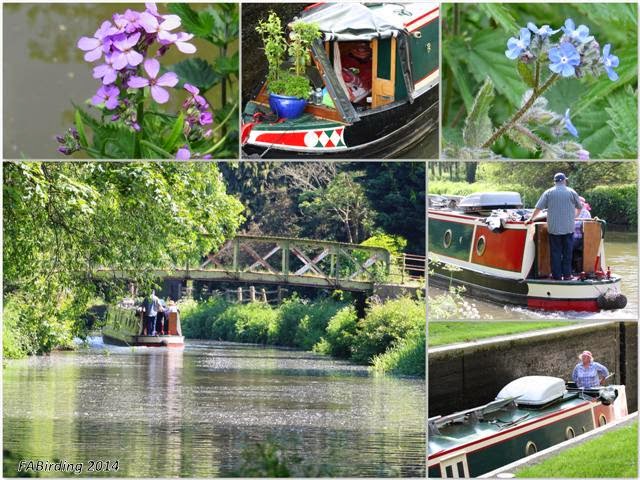 They were heading downstream to join the River Thames and after an interesting chat it was time for me to head home.  FAB.

Linking to NATURE NOTES
Posted by FAB at 17:22