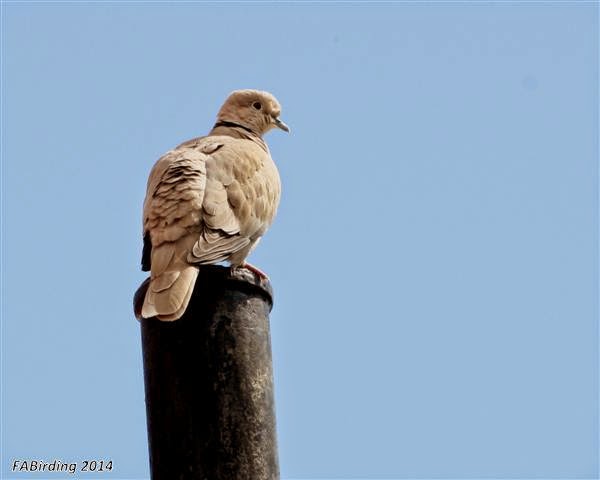 I feel slightly ashamed to admit that so far this year I haven't spent much time attempting to photograph any birds visiting the garden. One major reason is that until very recently apart from the regular Robin and nesting Blue Tits there has been a distinct lack of activity around the feeders.
However, the recent change in the weather and with species now needing to top up their reserves during the breeding season the situation has dramatically changed.


So during a lull in the rain showers today I spent a little time with my garden friends. 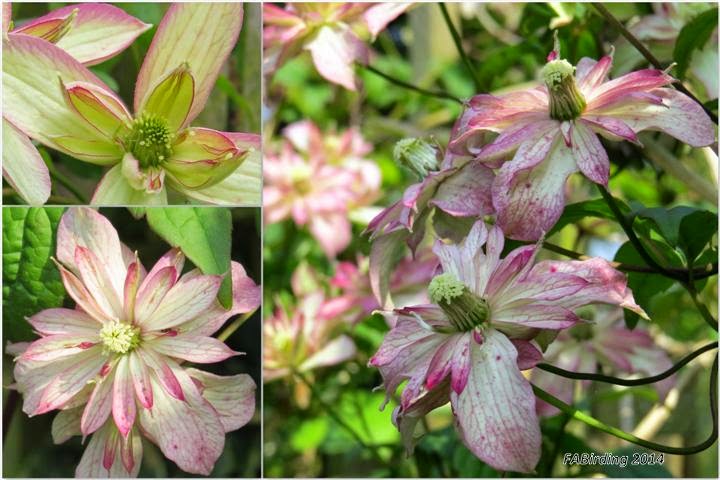 I failed to cut back this long established Clematis montana last year but I recently thinned out all the dead wood so now we can appreciate its delicate blooms while they last. Very close by are a number of feeders but at the moment everyone's favorite appears to be the one containing the suet pellets! 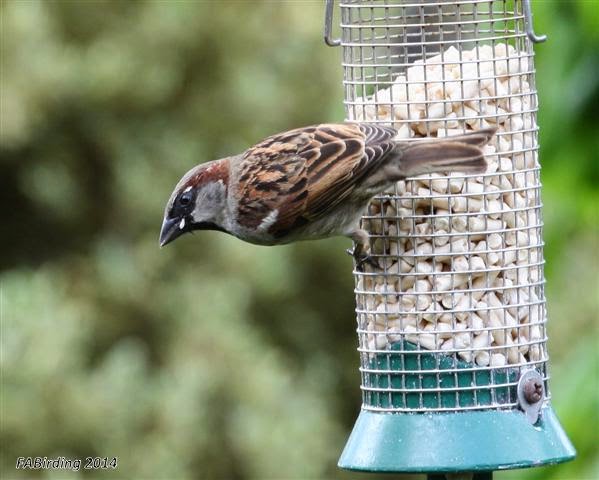 After many months with no sightings at all (my fears were that their local nest site had been removed) the House Sparrows have returned.

During the past few weeks just a single female was seen but today there were several very noisy males and females with their youngsters gorging themselves on the available larder. 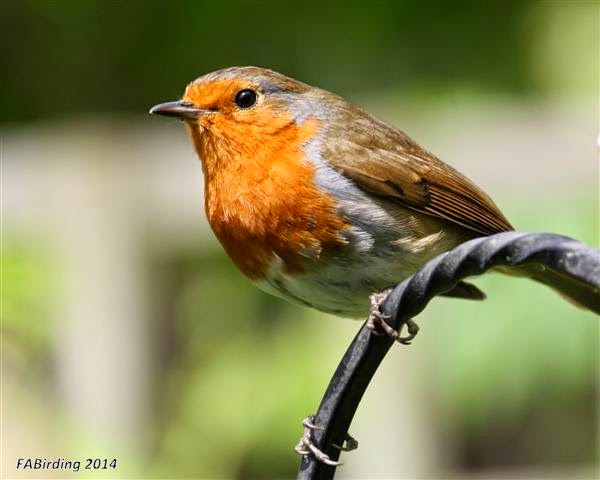 Anita told me she had seen several spotty Robins flitting about the Hawthorn but while I was outside only one of the regular adults paid me a welcome visit. 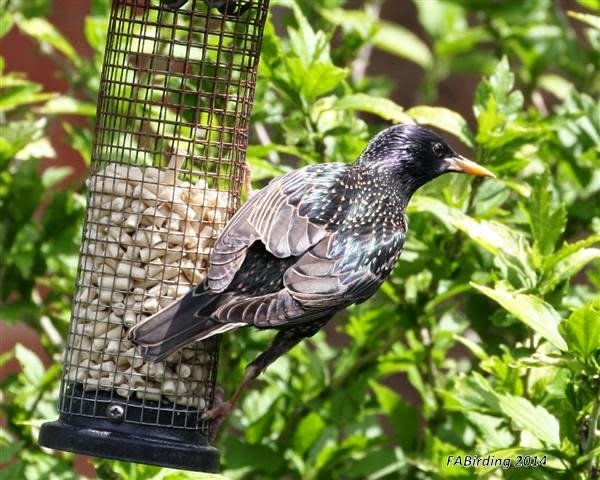 Another species now appearing on a daily basis is the greedy Starling. Up to five individuals, all in their glossy coats, dropped in during my time outside. I guess I'll be refilling this feeder now on a daily basis!

Other species seen today but not yet photographed were Goldfinches, Greenfinch, Carrion Crow, Magpie and Ring-necked Parakeet. 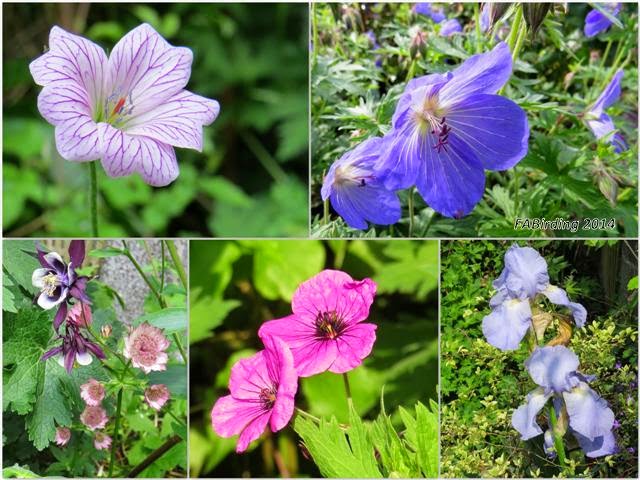 The main small border is starting to brighten up with different Geraniums opening on a daily basis. Iris 'Jane Phillips' is still holding up well and the Astrantia is just showing above the verdant foliage together with the many heads of self seeded Aquilegia 'William Guinness'. 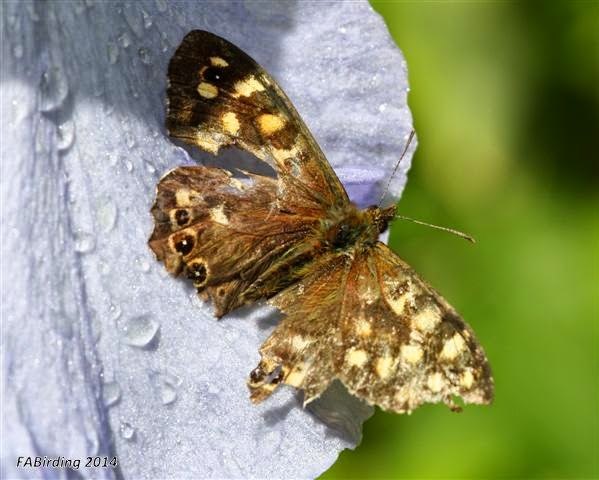 After one of the afternoon showers a very worn out Specked Wood decided to alight on one of the falls of Iris Jane Phillips.

Yesterday a Holly Blue passed through the garden. 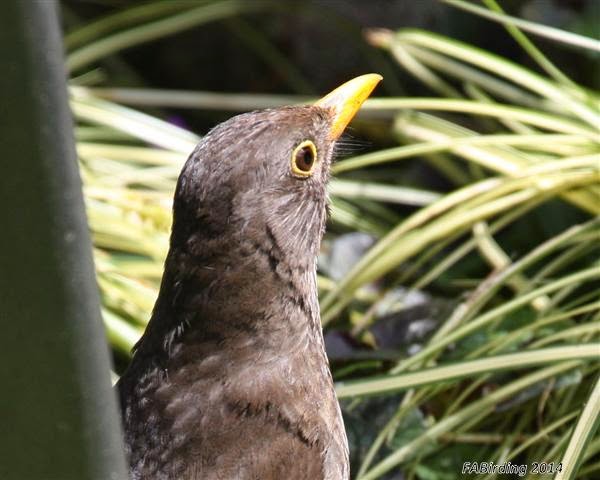 A Blackbird walked directly beneath my chair and took the opportunity to pick up any seed that had fallen to the ground amongst the ornamental grasses. 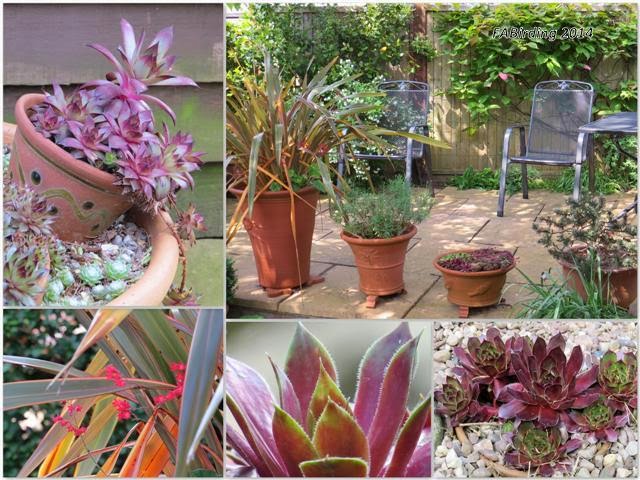 I also spent some time sitting on the raised patio at the end of our small garden surrounded by some of the potted treasures I have nurtured over the years while watching the comings and goings at the nest box in the Birch that provides much needed dappled shade during most of the day. (Watch out for a future post on the nesting Blue Tits). 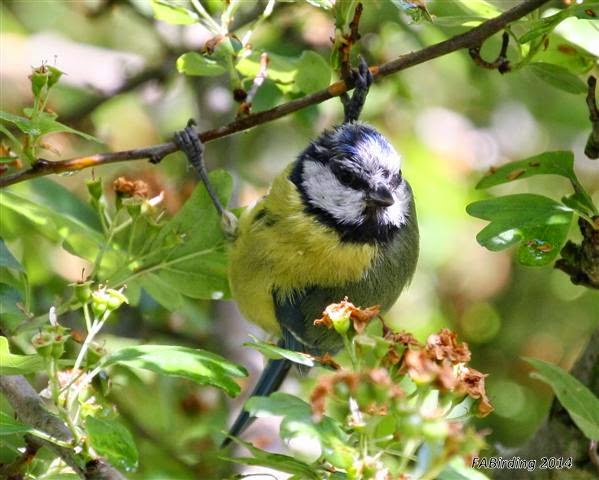 One of the adult Blue Tits taking a brief break from gleaning small insects from the Hawthorn in the centre of the garden.  FAB.
Posted by FAB at 22:02