The ladies always say 'when you're feeling jaded a little bit of retail therapy always helps'  so I waited in this morning for a parcel to arrive following an on-line purchase of a new camera rucsack yesterday. Delivery made, parcel unwrapped, gear strewn out over the floor, somehow I got everything in and a little bit more so what now? Time for a field test, so I headed off for a stroll at Riverside Country Park. 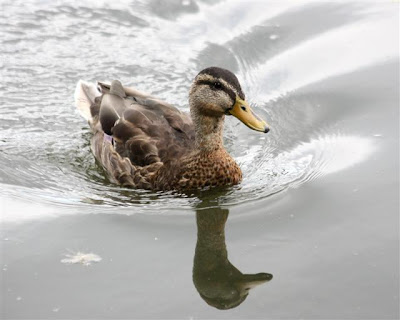 The only activity on the Wey Navigation was the usual floating Mallard.
At the head of the lake there was a lot of sounds coming from the reeds as a number of young Reed Warblers flitted around but mostly out of sight. Overhead a Chiffchaff was feeding and then along the path I was joined by a mixed flock of Long-tailed, Great and Blue Tits who quickly scampered away when a cyclist sped past me. A Common Whitethroat uttered its hoarse nasal tone from somewhere deep within the shrubbery and a Great-spotted Woodpecker called from some distance away. 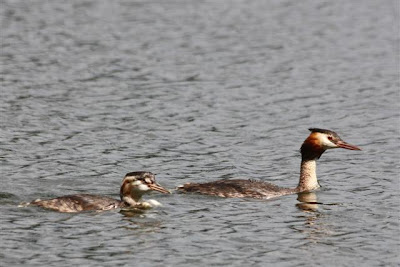 A gap in the reeds produced Great Crested Grebe with youngster in tow. 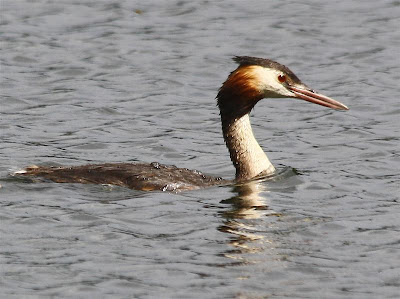 It's been a long time since I've managed to get reasonably close to this species and the parent was constantly diving for fish to feed to its young charge. The lake also held Tufted Ducks, Mute Swan, Coots, Moorhen and Egyptian Geese hiding on the island plus a fly-over Black-headed Gull. I also noted a Brown Hawker, Emperor Dragonfly and some damselflies patrolling the waters edge so decided to park my behind and wait to see what turned up. 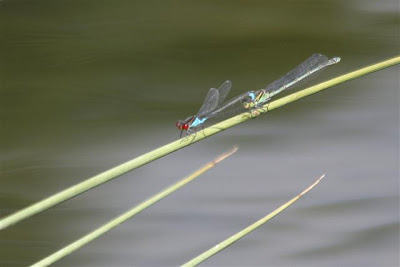 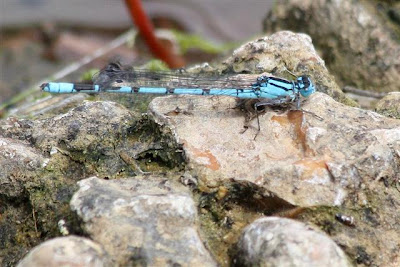 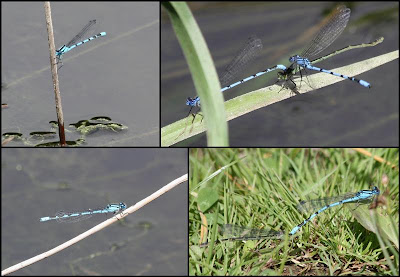 Where there's one there is always more very close by wanting to get in on the action. 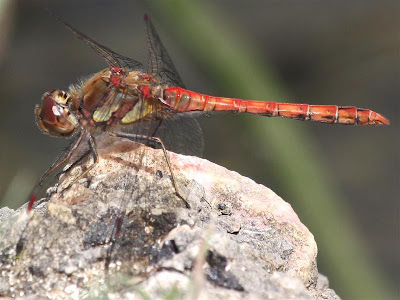 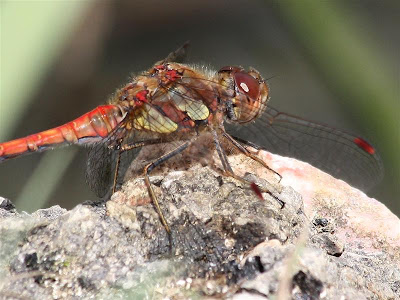 Even managed to capture the black and yellow legs.

Walking back via the lock a Sparrowhawk alighted briefly on the handrail before moving off behind the lock-keepers house to seek prey somewhere else. I was delighted with the new purchase (Lowepro Flipside 400 AW) and it will be further tested when I visit my parents tomorrow (probably find somewhere on the journey to stop for a stroll) and a day out on Friday when, weather permitting (the forecast is not brilliant), I will be accompanying and helping one of my readers to find some wildlife as we stroll around a few of my regular haunts. At least it will keep my mind away from the other issues.  FAB.

For more Watery Wednesday images please click this link.
Posted by FAB at 22:19