The House Sparrow (Passer domesticus) is common throughout most of its world range and their populations have fluctuated throughout the centuries but with a gradual decline over the last 100 years. Over the last 25 years the UK population has declined by some 60 to 65% overall  which equates to an estimated loss of at least 7 million birds and it is now red listed as a species of high conservation concern. 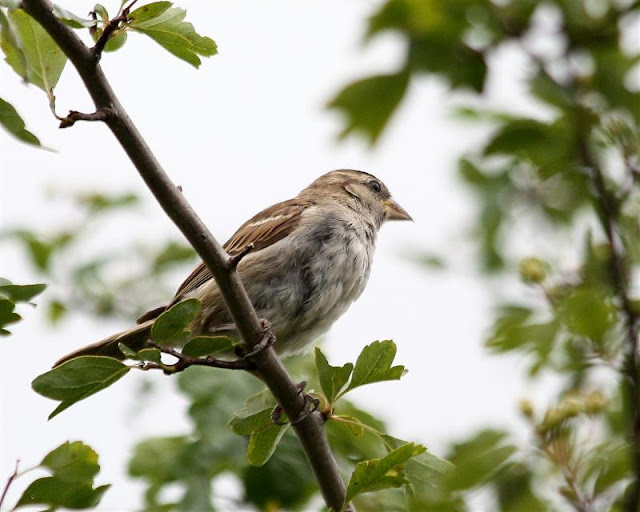 When I first took up residence here in the early 70's House Sparrows were fairly common and visible around our garden and for many years nested in the eaves of a neighbours property but sometime in the mid 80's they disappeared only to return in the last 8 - 10 years. Their numbers fluctuate year on year but the resident adults usually raise two to three broods every year. These images were taken recently of one of this years youngsters, easily identified by the yellow bill, who was happy to sit and have its photo taken. 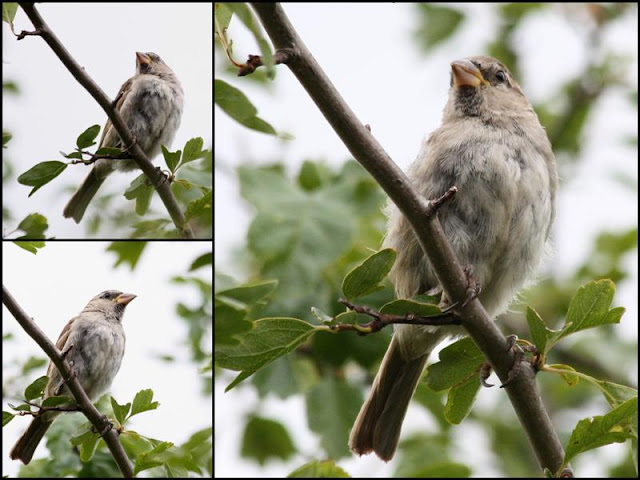 Humans have had a love-hate relationship with this species throughout the ages mainly due to the damage it causes to grain crops which resulted in many unsucessful attempts to control its numbers. From the mid-18th up to the end of the 19th century bounties were even paid as previous measures failed. Various reasons for this species overall decline have been put forward; lack of suitable nesting sites; changes in agricultural practices; reduced availablity of insects for chicks and plant food in the winter; but the real reasons are still not fully understood. 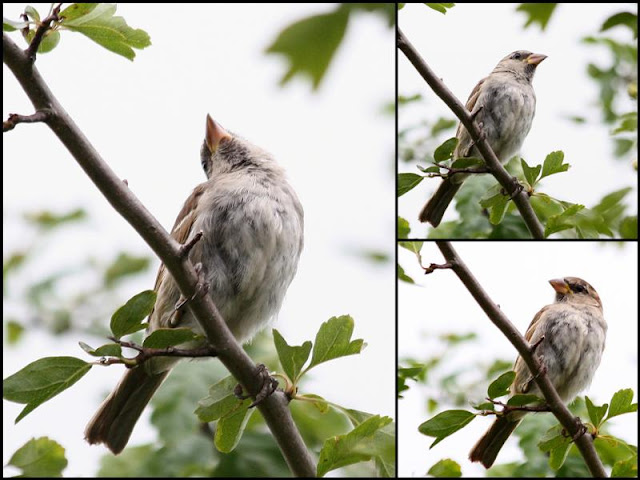 I am aware that in some parts of the world they are still considered pests but our garden would be less lively without the family squabbles and their constant chirriping as they regularly empty the seed feeders.    FAB.